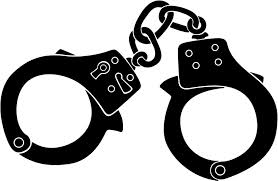 Was he previously involved in money laundering with Martelly?
Is this the beginning of a larger round-up and more revelations?

Outlandish television host Joseph “Jojo” Lorquet is one of the Haitian president´s closest friends and was a New York promoter who booked “Sweet Micky,” the chief of state´s former musical stage persona, in cities around the U.S. for almost two decades.

“Nobody is closer to Michel Martelly than Jojo Lorquet,” Lorquet told Haiti Liberte in a Brooklyn restaurant in December, shortly before he returned to Haiti to work in the Haitian First Lady Sofia St. Remy Martelly´s Aba Grangou program, a supposed anti-hunger campaign. “Anything he´s going to do, I´m the first to know.”

But today Lorquet sits in a jail cell in the Canape Vert police station in Port-au-Prince, charged with selling forged Haitian government badges for as much as $1,500 each. Also implicated in the falsified ID scam is another Haitian media figure, journalist and radio host Konpe Moloskot (Ernest Laventure Edouard), who was posing as the General Coordinator of the Customs and distributing fake badges to supposed employees, according to Radio Kiskeya. However, Government Prosecutor Lucman Delille told Kiskeya that Moloskot was no longer employed by the Customs, his contract as a Communication Advisor for the agency having not been renewed when it expired on Sep. 30, 2012. It is unclear from conflicting reports whether Moloskot is in police custody. Police sources reached by Haiti Liberte also did not know.

An investigating judge arrested Lorquet on Jun. 29, according to a family member. According to Scoop FM´s Gary Pierre-Paul Charles, the police also arrested President Martelly´s chauffeur.

According to a source close to the Martelly family who wants to remain anonymous, Lorquet and Martelly both worked as “mules” in the early 1990s carrying money for Charles “Bebe” St. Remy, Martelly´s father-in-law, who allegedly worked with convicted drug kingpin Jean Eliobert Jasme, also known as ED-1 or Eddy One.

Lorquet and Martelly, according to the source, would allegedly take the money obtained from cocaine sales to the home of Marjory Pierre-Louis, Eliobert´s girlfriend, who had a house on Summit Boulevard in West Palm Beach, Florida. (The source claimed not to know if Lorquet or Martelly had any role in smuggling or selling the drugs.) At Marjory Pierre-Louis´s house, the money would be wrapped in aluminum foil (to thwart x-rays) and then transported in suitcases back to Haiti by Marjory´s brother, Mozart Pierre-Louis.

“Jojo Lorquet and Michel Martelly would bring money to the house on Summit Boulevard, and then Mozart would wrap it in aluminum foil and carry it to Haiti in a suitcase,” the source told Haiti Liberte, which has been unable to contact Marjory Pierre-Louis, despite repeated attempts, to confirm the story.

The relationship between Lorquet and Martelly became so close, both in konpa music and possibly in money-laundering, that Lorquet says his child even called Martelly “Uncle Micky.” Lorquet even  But the two had a very public falling-out after Martelly became president in a controversial and illegal election on Mar. 20, 2011.

“You are a `has-been´,” Lorquet declared to Martelly. “That´s your life: manipulating people.”

However, the two apparently reconciled at some point during 2012. In a September 2012 television show, Lorquet heavily praised Sofia Martelly´s Aba Grangou (Down with Hunger) program, paid for with money from the sale of Venezuelan oil under the PetroCaribe plan, as “a program which is helping to develop Haiti.”

He said the program “gives people food to make sure that they eat each day and it sells them potable water.” He declared that “we are not political, but we deal with our dear Haiti where work is being done. We must applaud that work.” Many criticize Aba Grangou as a purely demagogic and token program, laced with corruption. Senator Moise Jean-Charles claims the agency doesn´t even have an office or an address.

“I would see him at noon giving food out of a car to a line of people near the airport,” said Giroboam “Geronimo” Raphael, a New York-based Haitian record producer who helped make “Sweet Micky” a popular act. “I was at the president´s house about two months ago, and I saw Jojo there. I don´t know what his title was. He may have just been there as a friend, but he was there all day, from 11 am to 6 pm. I kept asking myself how did he get to that level of access?”

But it seems that Lorquet was pretending to have more power than he actually did, or abusing what he had. He is now charged with “usurping a title” and with forging official badges and trafficking in arms.

“I was in Haiti two months ago and heard rumblings of some things that Lorquet was up to,” wrote Garry Pierre-Pierre of the Haitian Times this week. “I was troubled on many fronts because of his close relationship with the president… Some unsavory characters are part of the entourage, but in most cases, these people are kept at a long distance from the center of power so that the president can honestly deny anything untoward that happens.”

“In the Jojo Lorquet case, that will be difficult,” Pierre-Pierre continues. “All you have to do is look in the background of President Martelly’s entourage, and you see some of these people. They hold no official position but they’re driven around with security details made up of police officers. Since his inauguration two years ago, Martelly has yet to meet with Obama during his trips to the UN [General] Assembly and other hemispheric heads of state conferences. Martelly has not received an invitation to Washington for a sit-down with his American counterpart as had his predecessors. We need to ask ourselves why.”

It seems likely that Washington is aware of Martelly´s checkered past and question whether it is really behind him.

“Jojo was visiting the States a couple of weeks ago, but was warned by Gamal Augustin, Assistant Director of RTNH, not to return to Haiti because he would get arrested,” reported the website Haitianbeatz.com. “Jojo ignored this warning and was detained upon his arrival at the airport in Haiti.”

As news of Lorquet´s arrest began to spread, Haitian radios also began to report on Jul. 2 that Investigating Judge Maximin Pierre arrested a man named Sherlton Sanon as the would-be triggerman in a plot to assassinate Deputies  Levaillant Louis Jeune and Sorel Jacinthe. The alleged author of the plot? Former Senator Joseph Lambert, a close advisor to President Martelly. Lambert is now also under investigation and risks arrest.

After his arrest, Sanon denounced “a network of criminals composed of businessmen and policemen, current judges and parliamentarians specializing in drug-trafficking, kidnapping, and murder,” reported ToutHaiti.com. “He above all singled out Senator Edwin Zenny (Edo Zenny),” who is another very close associate of President Michel Martelly.

One thing is sure: there is no solidarity among thieves. If Martelly chooses not to intervene to get Lorquet off the hook, it is likely Lorquet will once again view him as the “first Judas.” Revelations about their past and recent history are likely to ensue.

People want to believe in Michel Martelly, however, the ongoing fiasco – without any corrective actions – is laying groundwork for a collapse of his presidency.  I really don’t know what he can do about his wife – Sophia – who does not seem to learn anything from the court challenges to her integrity. She is teamed with the Mayard-Paul brothers, Thierry and Gregory, who are fixated upon power and profit – to Hell with the Nation and its 10,000,000 people.

If Sophia, and her team of chimere, would let Prime Minister Lamothe get on with running the Nation, we might have a chance. Unfortunately Sophia, along with some major businessmen, are partnering with a variety of idiots in the Chamber and Senate, to rid themselves of Lamothe, since his attempt to control corruption, threatens their access to cash.

Aristide is a silent partner in this game. He believes that Martelly will be an easy target without Lamothe since Martelly is surrounded by people like Sophia, the Mayard-Pauls and others, who may or may not be arrested over the next few days.

The failure of 14,000 students brings pressure on President Martelly, who has promised and education for all children. What is being delivered is a sad charade as the Ministry of Education continues to act as a Mafia, walking to its own drum-beat. They are an enemy inside the walls.

Prime Minister Lamothe must take firm steps with the Ministry of Education, before it is too late and unhappy students become a weapon of choice for those who wish to embarrass Michel Martelly.  It might be time to look for an old hand, someone who served the Nation as a good and skilled Minister of Education.

There are several possibilities.

Martelly picked the right goal. He just manages to pick the wrong horses.

Time for an analysis, re-evaluation and new program of action before the next school term.