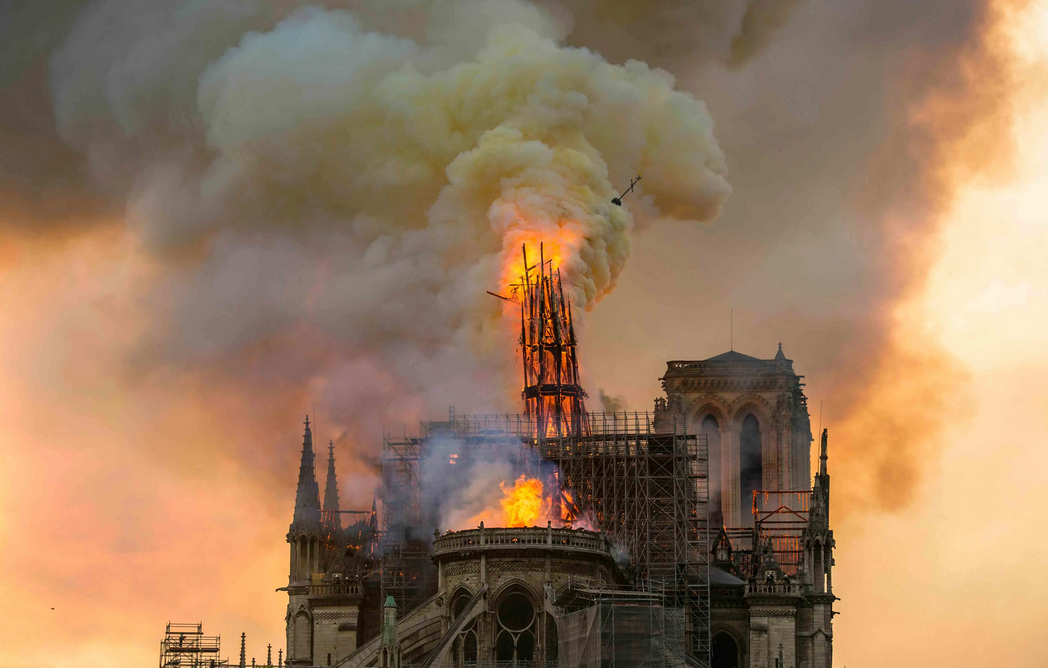 On April 15, in the midst of the holiest week of the Christian calendar, the spire of Notre Dame Cathedral was devoured in flames. The Notre Dame fire, sparked by what is assumed to have been an electrical malfunction, destroyed almost all of the wooden structures of the building — though the ancient stone construction still stands. French citizens and tourists alike stood helpless as the flames engulfed the monument, unable to provide more than thoughts, prayers, and hymns.

Then, in less than 24 hours, a miracle happened! A few of France’s richest citizens teamed up to donate close to $1B for the rebuilding of the cathedral (mind-blowingly altruistic until you consider that it’s also one hell of a tax write-off). Even Donald Trump vowed that the United States would help France rebuild — never mind that ​Puerto Rico has not yet fully recovered​ from the hurricane that nearly destroyed it two years ago (due in no small part to the US government’s inability to provide adequate aid). And true to form for any strong leader, France’s President Macron announced that he wants the ​reconstruction of the cathedral to be completed within five years ​of the Notre Dame fire.

But in all the fervor, another fire started to spread across social media — a question that has been burning for years in the hearts and minds of a lot of us on the other side of the globe: Why hasn’t France felt a similar sense of urgency toward rebuilding Haiti?

It all began in 1791 — that was the year that Haiti revolted against the French and demanded their freedom, becoming the first formerly enslaved nation to eject their colonizers and gain full autonomy in 1804. Almost three decades later in 1825, as the newly independent Haiti attempted to gain its footing in a society still reeling from the effects of a​ race-based colonial caste system​, France demanded payment of 150 million gold francs as reparations to be paid to former slave owners. That’s right, rather than pay penance to the formerly enslaved peoples for the years of torture and abuse they endured, the government of France — in one of the most insane examples of colonial arrogance and gross capitalism in history — thought it prudent to force Haitians to pay their former captors for their loss of income, lest the newly formed nation be ostracized and isolated politically. Haiti, isolated and cornered agreed to the payments and continued paying off this debt until 1947. This crime against humanity is estimated to be worth ​the equivalent of $21 BILLION dollars​ today.

By extorting the Haitian people for their freedom, France purposefully launched Haiti into a state of purgatory that to this day continues to ravage the country’s economy, making it the poorest country in the western hemisphere.

Unlike the wooden spire of Paris’ most iconic building, the question of France’s debt to Haiti still stands. Many of us would like to see the same kind of altruism granted to an entire nation of formerly enslaved people that has been given to an ancient medieval monument. 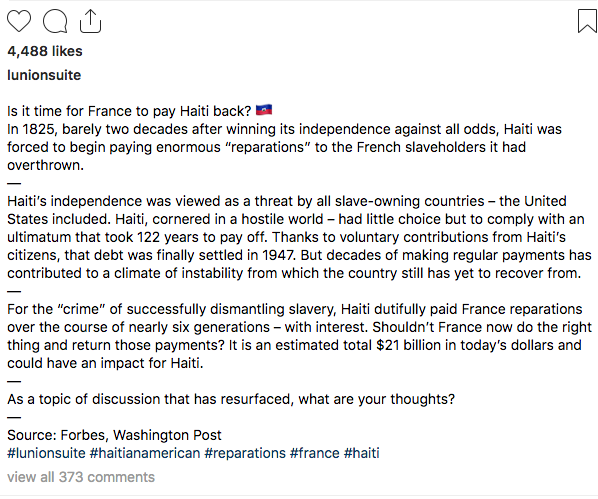