A series of phone calls between a prominent Haitian senator and a notorious gang leader has piqued the interest of the Haitian parliament’s Justice and Security Commission.

“There were a total of 24 phone conversations, some of which lasted 15 minutes, 92 seconds, others which lasted a minute, and were made between February 7 and February 22 of 2019,” said Sen. Jean Renel Senatus, who leads the commission, during a Port-au-Prince press conference.

HERE IS THE RECORDED PHONE CONVERSATION FOR YOU TO LISTEN TO

“Our commission is investigating, and we have decided to call upon the senator linked to this number to come meet with us,” he added. “The name of the senator in question is Gracia Delva.” 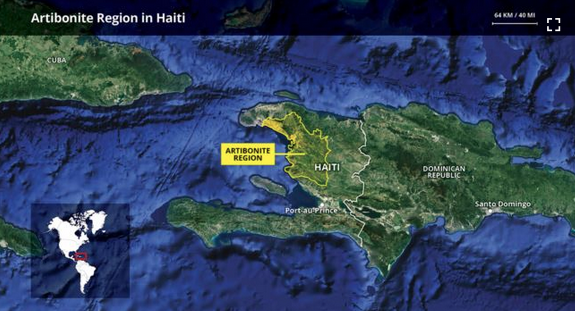 Delva represents the Artibonite department, located in Haiti’s southwest. He is also a well-liked actor and the lead singer of Mass Kompa, a popular local band. After responding to the committee’s request for information, he gave his own press conference about the phone calls with Arnel Joseph.

“I only have one position on this,” he told reporters. “If the commission finds that I, in my conversations with Arnel, ever agreed to associate myself with his [illegal] activities, then I agree and accept to pay the consequences. For once, this country needs justice.”

When journalists pressed him about why he was in contact with the gang leader, Delva responded that he “talks to everyone.”

“Everyone knows my number, so everyone calls me — anyone can call me. Anyway, I don’t think I’m the only one who converses with him,” Delva said. 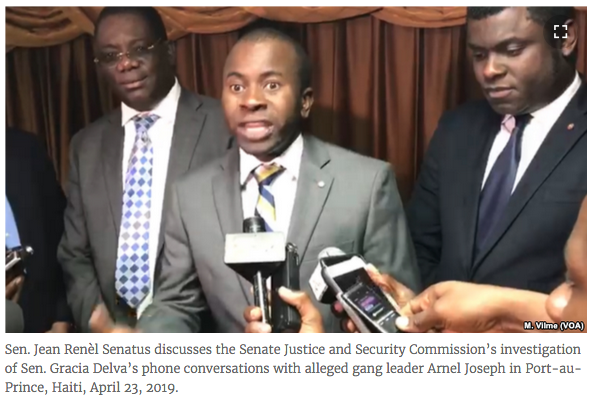 How were calls tracked?

The senator refused to divulge what was discussed and alleged that prominent Haitian businessman and opposition leader Reginald Boulos recognized Arnel as a community leader in an interview with a local radio station.

How the phone conversations were tracked remains unclear.

Senatus told reporters the commission received information that led it to make a request for information to the National Telecommunications Council (CONATEL). But Jean David Rodney, the institution’s executive director, denied receiving such a request in an interview with the Haiti Libre newspaper. He said CONATEL has “no direct relationship with the Senate.”

The alleged gang leader of Village de Dieu, Arnel is a young man in his 20s and is considered a dangerous fugitive by Haiti’s national police force, PNH. He is accused of terrorizing the residents of Port-au-Prince and, most recently, the Artibonite region. Despite a $27,000 reward for information leading to his arrest in November 2018, Arnel continues to evade capture. However, in a conversation with members of the community group Inisyativ Sitwayen Pou Latibonit (Artibonite Citizens’ Initiative) this week, he expressed a willingness to turn himself in to authorities if the government meets certain conditions.

His conditions are: establishing potable water projects, building roads and infrastructure, boosting agriculture and providing electricity to the population.

Not the only one

Former Senate leader Youri Latortue, who also represents the Artibonite region in the Senate, echoed his colleague Delva’s claims about other prominent politicians being linked to the gang leader.

“I think there are a lot of other names on the list of connections to Arnel,” Latortue told VOA Creole. “For example, there’s Vladimir Jean-Louis ‘Ti Vlad,’ who does security work for [former President Michel] Martelly. He’s on the list, too. We have to investigate the links between what they said exists [between] the president and the thugs, because some people say it was the president who brought Arnel to Port-au-Prince.”

Ire of the people

“A senator has no right to have a relationship with a thug under any circumstances — investigate so we can arrest these fake politicians,” @monvelinoo posted on VOA Creole’s Instagram page.

“Anel [Arnel] is more popular than the Pope,” @marvensmetellus commented.

“He [Delva] should stop justifying his actions in public and hire a spokesperson, a lawyer to tell him what to say,” advised @m_aud_ly_ca. 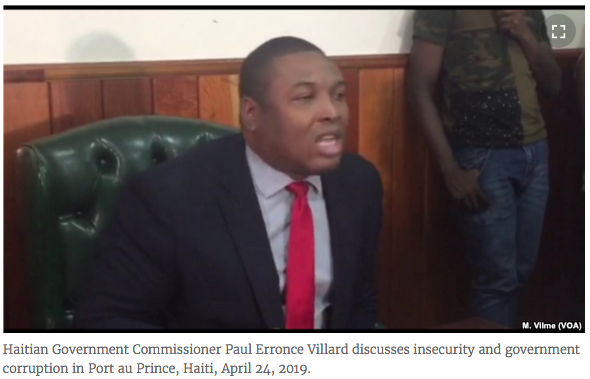 “Whatever position you hold in government, it is your duty today to disassociate yourself with criminals, arms traffickers, munitions dealers,” he said. “We’ve reached a level of moral and ethical decline that the country can no longer sustain.”

Villard said protecting the security of civilians is paramount.

“In any other country in the world, if an official is found to be colluding with someone who aims to harm society, that person would be forced to resign within 24 hours,” he said, adding that in the coming days, there would be an “appropriate response” to the “confounding” events of the week.

“You feed the lion, so it won’t eat you.

Then it eats you…”

Haiti is in a situation that mirrors that existing when Jean Claude Duvalier departed for French exile.

His Macoute were seen as a controlling factor in Haiti.

When he left the general population was pressed into a frenzy that saw Macoute massacred.

Today’s gang leaders are being visualized – by the poor populations of our bidonvilles – as today’s Macoute, used by a variety of political elements to enforce their desires on the population.

If Michel Martelly, and Jovenel Moise fly into foreign exile, you could well see a “cleansing operation,” in which local gangs are eliminated – to the last man!

A few Senators, and Deputies could face the same fate should they not possess a Visa for travel outside.