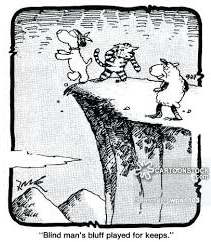 Following the massacre on Wednesday in Carrefour-Feuilles by armed men of the gang of “Ti je” who have left 8 dead and 12 wounded and following the statements Thursday of Acting Prime Minister Jean Michel Lapin “to conduct targeted operations at the zone level deemed to be sensitive” https://www.haitilibre.com/en/news-27559-haiti-flash-massacre-of-carrefour-feuilles-death-toll-climbed-cspn-emergency-meeting.html, a Major police operation was conducted Friday at Carrefour-Feuilles in the Savane Pistache area.

This operation of the National Police of Haiti (PNH) launched around 10:30 am mobilized many vehicles and large numbers of several specialized units including the Departmental Unit of Maintenance of the Order (UDMO), the Intervention Brigade BIM and the SWAT to capture the “Ti Je” Chief of the Gang accused of being responsible for the killing of the Eddy stalemate and dismantling his Gang.

During this operation, 4 individuals were arrested (3 men and 1 woman) and 2 weapons were seized according to the police authorities. Michael Ange Louis Jeune, the spokesperson of the PNH has neither confirmed nor denied the information circulating, suggesting that 2 bandits were killed during a firefight with the police.

Port-au-Prince Commissioner Joel Casséus confirmed that Gang leader “Ti je” had not been captured but was actively wanted.

Gang members move to next district for the day, to avoid problems.

PNH arrest a few innocent people, some with the audacity to possess a gun to protect themselves from gang members.

I gang leader unlucky enough to remain inside cordon, PNH supply Official vehicle to drive him clear of contaminated area.

Must be a message here somewhere.