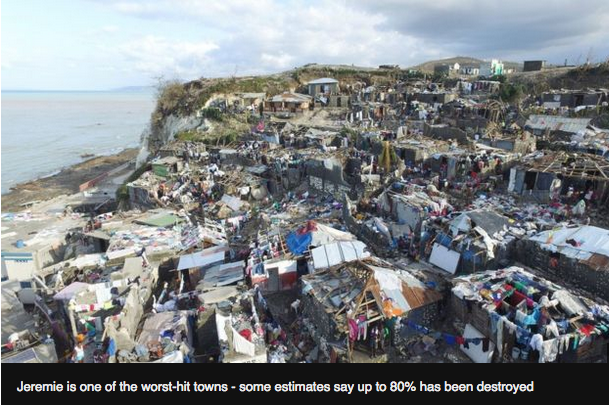 Nearly 900 people are known to have been killed by Hurricane Matthew in Haiti, with aid officials saying up to 90% of some areas have been destroyed.

Some of the hardest-hit towns are yet to be reached by land, and there are fears more bodies will be found.

Hurricane Matthew has now made landfall in South Carolina in the US, having battered Florida on Friday.

The US National Hurricane Center (NHC) has downgraded it to a Category 1 hurricane, with maximum sustained winds having decreased to 75mph (120km/h).

But the NHC warned of a “serious inland flooding event unfolding”. 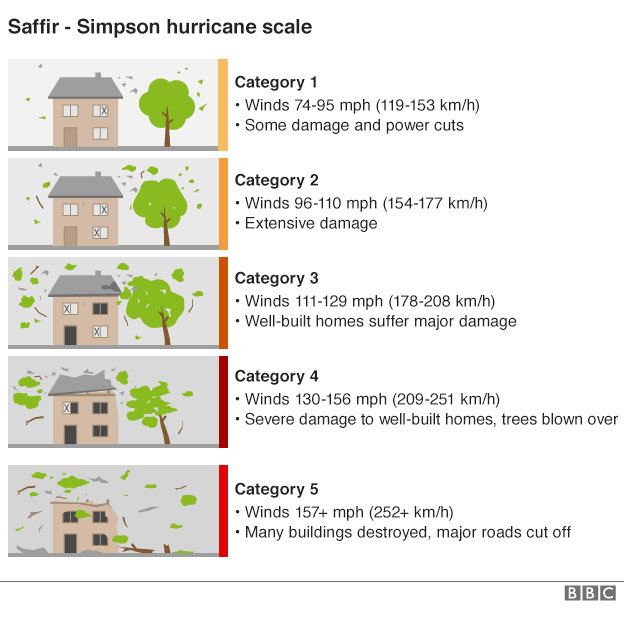 The storm is due to hit North Carolina later.

Rescue efforts are under way in Haiti to assess the destruction left in the wake of the most powerful Caribbean storm in a decade.

One of the survivors in the village of Chantal told Reuters a tree had flattened his house.

“The entire house fell on us. I couldn’t get out,” Jean-Pierre Jean-Donald said.

“People came to lift the rubble, and then we saw my wife, who had died.” 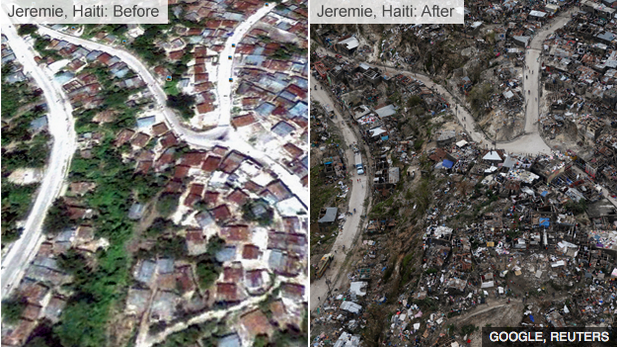 The storm passed directly through the Tiburon peninsula – encompassing Haiti’s entire southern coast – driving the sea inland and flattening homes with winds of up to 230km/h (145mph) and torrential rain.

The main road connecting the capital, Port-au-Prince, to the southern coast has been destroyed.

Her team’s helicopter had not managed to land in some of the damaged areas.

Government and UN officials estimate that some 350,000 people need help. 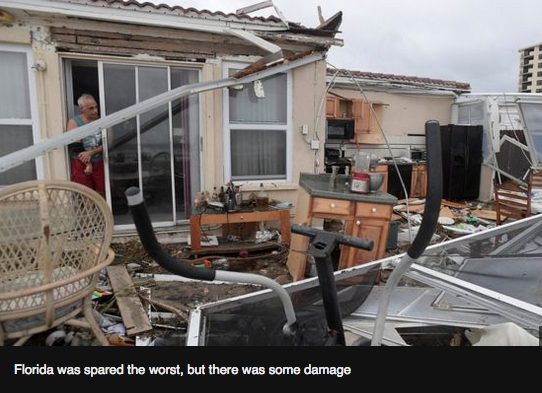 US President Barack Obama on Friday warned that, while southern Florida had been spared the worst, the hurricane remained very dangerous, with the risk of a storm surge and flooding.

A state of emergency is in place in several states and at least three million inhabitants have been ordered to evacuate their homes. 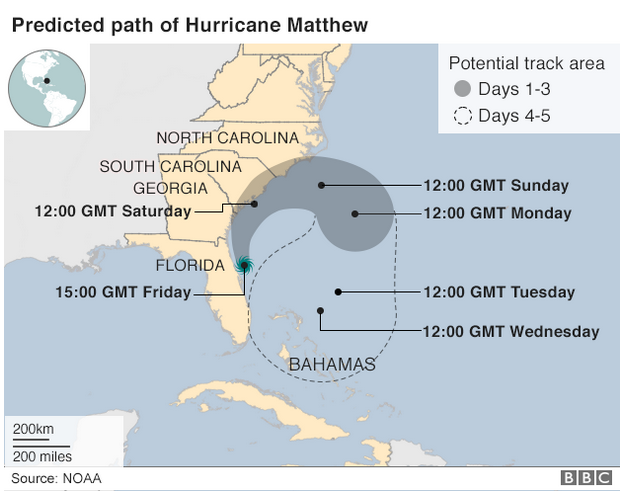 Non-governmental organisations (NGOs) say communication with the areas worst affected has been hampered by downed power lines and a lack of phone coverage.

The US is sending the naval vessel USS Mesa Verde to assist with rescue efforts, as well as nine military helicopters to help deliver food and water to the hardest-hit areas.

The Red Cross has launched an emergency appeal for $6.9m (£5.6m) “to provide medical, shelter, water and sanitation assistance to 50,000 people”.

This comes amid concerns about a surge in cholera cases, with the sanitation system in Haiti already overwhelmed.

Haiti – one of the world’s poorest countries – has never fully recovered from the earthquake in 2010 that killed thousands of people and a cholera epidemic that followed.

Image copyright Reuters Image caption Florida was spared the worst, but there was some damage

After slicing through Haiti and Cuba, Hurricane Matthew pounded the Bahamas on Thursday but no fatalities were reported there. Four people were killed in Florida as the storm hit on Friday.

More than a million homes have lost power.

Four people died in the neighbouring Dominican Republic on Tuesday.