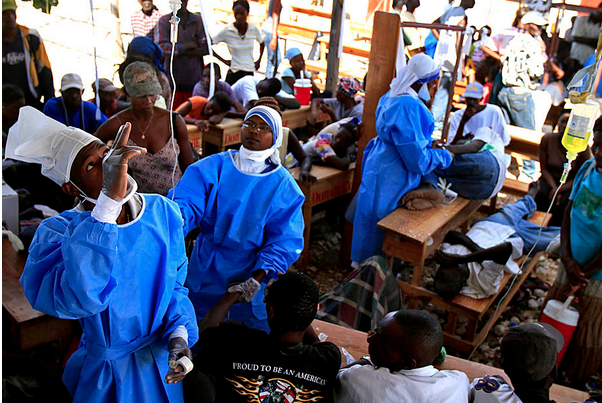 When cholera first appeared in Haiti, it caused massive panic throughout the country. It was reported well over 100,000 people were infected and close to 10,000 people were killed by the disease. Travel advisories were issued to tourists and foreigners with plans going to Haiti.

News organizations headed towards the country to cover yet another calamity the people of Haiti have to deal with. Haitians, once again, had to adjust to a new obstacle in their lives. Once the initial shock and all day news coverage went away, however, investigations were launched and it was discovered that United Nations (U.N.) peacekeepers from Southeast Asia were the cause of the cholera. It was reported the peacekeepers did not dispose of their waste properly and it seeped into the water supply.

Some officials in Congress wrote a letter to the U.N. about setting up a settlement process to compensate and help Haitian victims affected by cholera. The U.N. responded by saying it is pursuing funds to help with cholera, but so far, it has been unable to secure the proper funding.

While the U.N. has pledged to help fix the cholera situation, some of the Haitian victims are pursuing remedies in a court of law. Most recently, a United States Court of Appeals heard arguments pertaining the U.N.’s immunity defense over the cholera issue. According to the New York Times, a decision should be made in a couple of months and the ramifications of that decision could be detrimental for the U.N.