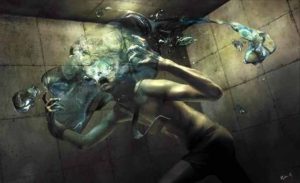 The prime minister of Haiti, whose abrupt resignation on Friday threw the country into political turmoil once again, said he knew his job was finished when he called cabinet ministers to a meeting a day earlier: None showed up.

Months of tension had been building between the prime minister, Garry Conille, a former United Nations bureaucrat who runs the day-to-day operations of government, and President Michel Martelly, a former Carnival singer who insists that he is in charge. Mr. Conille was his third choice for the job, backed by international donors eager to get rebuilding projects under way, after Parliament had rejected his other nominees.

“We simply reached an impasse,” Mr. Conille said in an interview on Saturday, speaking by phone from Port-au-Prince, the capital. He said it was his decision to leave, not Mr. Martelly’s, after it was clear that only four months into the job, the other ministers had lost confidence in him.

Mr. Conille — who by law remains in office until his successor, not yet named, takes over — insisted that his overall relationship with Mr. Martelly was positive, and he said he was anguished that his departure might further disrupt Haiti’s dragging recovery from an earthquake in January 2010. Half a million people are still living in tents, and many international donors and investors are skittish as political instability continues.

But it was also clear that his style of taking stock, making careful plans and keeping the books straight clashed with Mr. Martelly’s resolve to show the public quick results, Mr. Conille said. He also represented the diplomatic establishment, political analysts have said, at a time when Mr. Martelly and his ministers are increasingly emphasizing foreign investment over aid.

They broke on many issues, but most recently over an investigation by the Haitian Parliament into whether senior government officials held dual nationality, a violation of the Constitution that would disqualify them from their jobs.

Mr. Conille, who though appointed by Mr. Martelly answers to Parliament, had insisted they comply with requests to turn over passports and other documents. Mr. Martelly, who once had an American residency card but has denied rumors that he holds dual nationality, took the position that the executive branch did not have to comply.

Some ministers have done so, but Mr. Conille had hoped to clear the air at the Thursday meeting. When none showed up, he said, “I decided it wasn’t going to work if they lost confidence in me.”

Mr. Conille had also pressed for an audit of about $600 million to $800 million in no-bid contracts that the previous government had given for earthquake-related operations, but he denied rumors circulating in the capital and on the Internet that some money related to the bidding had found its way to the Martelly presidential campaign through intermediaries.

“I have no indication of that,” Mr. Conille said.

Mr. Martelly’s aides have said that the president objected to the audit on grounds that the past should not be rehashed. But Mr. Conille defended the audit because of the amount of money and the “exceptional circumstances” under which it was awarded.

“They were negotiated under difficult circumstances and we want to make sure the state was well protected,” he said. “It made sense to look back.”

A preliminary report by a special audit commission to decide whether a deeper investigation is warranted is due next week, he said.

Even under trying circumstances — Mr. Martelly, he confirmed, angrily confronted him and lawmakers at a meeting at his residence, but he declined to discuss what he said or did — most of his interactions with the president were cordial and open, Mr. Conille said.

Mr. Conille, a physician who had worked for former President Bill Clinton in the United Nations’ special office for Haiti, said he took pride in helping the country make progress. That included clearing some camps, helping set up a new industrial park in the north, filling vacancies on the Supreme Court, breaking ground on a new hospital and setting the stage for more private investment.

“So many positive things are going on,” he said.

Still, diplomats had sought to head off the crisis and were rocked by the resignation. Of the $4.5 billion pledged by international donors, only about half has been delivered, and more is unlikely unless a stable government is in place.

The Interim Haiti Recovery Commission — for which Mr. Conille as prime minister had served as chairman, along with Mr. Clinton, and which was set up to make sure the aid was delivered — has faded into oblivion after Mr. Martelly and Parliament could not agree on extending it past its expiration date in October.

“So many actors are not willing to commit resources when the government is not stable,” said retired Major Josesph M. Bernadel, a member of the commission representing Haitians living abroad.

Mr. Conille said he recognized the toll of instability. But he made no apologies for his decision or his deliberative approach, despite growing public impatience.

“We had to take stock and organize,” he said, “while making sure we address urgent issues.”

The audit of the criminal contracts, entered into by Prime Minister Bellerive, immediately before he was replaced, should be investigated. The were with Senator Bautista’s companies, a Dominican with questionable background. It is said that $34,000,000 was skimmed off the top. Other millions will be stolen as the work is completed with overpriced, or sub-standard material.

Prime Minister Conille cancelled these contracts and they were revived by Martelly. Then Conille suggested an audit.

Martelly promised to investigate the theft of $198,000,000 from Petro Caribe Fund accounts by Preval and his cronies. Martelly then re-appointed the Preval Central Bank Governor, who was involved with the crime, so there will be no investigation there. A BNC director – Toussaint – was assassinated in his home after he pressed for honesty and a new Central Bank Governor.

The Martelly crew is stealing so much, so quickly and not doing anything for the Haitian people….that Aristide will soon be revived from the dead man who arrived in an aircraft from South Africa.

Conille knew the game and was offered substantial help to cope with the situation. Instead, he filled his offices with the Bazin clan and  sent signals of incompetence and ignorance to those observing. He was too naïve for belief.

Conille will be responsible for what must now follow.

He had the weapons to fight, and used nothing.

If Aristide revives it will be due to Conille gutless approach to a situation that required bravery and determination. If he lacked these characteristics, and he does, he should never have taken the job.

YOU DON’T LOSE SUPPORT – YOU EARN IT AND CONILLE NEVER DID THIS AND FAILED TO ACCEPT THE SUPPORT THAT WAS OFFERED. HAD HE DONE THIS, MORE WOULD HAVE FOLLOWED AND HAITI WOULD HAVE SURVIVED.

DICTATORSHIP – IN ONE GUISE OR ANOTHER – IS ON THE WAY – YET AGAIN!