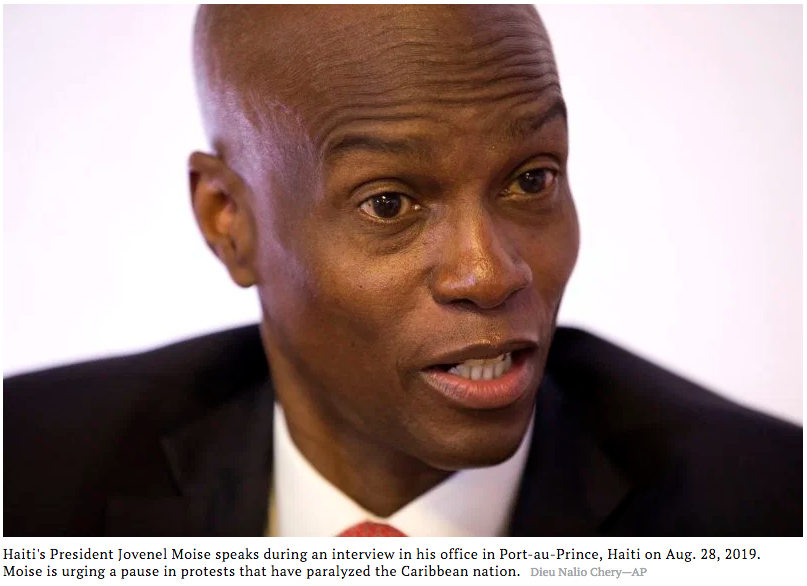 (PORT-AU-PRINCE, Haiti) — Protesters seeking to oust Haitian President Jovenel Moise have attacked businesses and a police station, and opposition leaders are pledging that there will be no peace until he resigns.

Leaders of opposition parties have sent groups of young men onto the streets for three weeks to enforce a shutdown of businesses and public services.

The protesters pledged a massive demonstration Friday to increase pressure on Moises. By midmorning, witnesses said demonstrators had burnt and ransacked a police station in Cite Soleil, a sprawling seaside shantytown. A reporter for radio station Zenith FM said he had seen an Avis car rental office attacked and burnt.

Sen. Youri Latortue, one of the opposition leaders, told Radio Caraibes that “if Jovenel doesn’t resign today, whatever happens to him is not our responsibility.”

First of all, political opposition groups did not put the terrorists on the streets, and the violence was focused by those who financed it – and these financiers were not political organizations.

A number of PNH – police stations around the Nation were sacked. The PNH was unprepared as a result of Gedeon’s destruction of the force, during his term as Chief.

No alternative is suggested- only destruction of what exists.

The challenge to the Americans is real. Venezuela and the PRC stand in the wings.