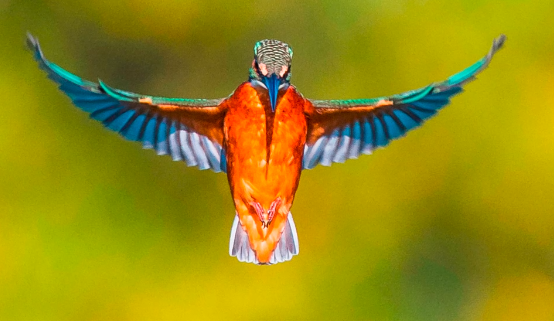 In a week when President Trump and his administration placed the spotlight on the humanitarian crisis brought on by Venezuelan dictator Nicolas Maduro, a number of diplomats led by the U.S. walked out Friday during a speech by Maduro’s vice-president, Delcy Rodriguez.

The walkout came as a note from the Venezuelan mission claimed the United States and partners were planning a vote at the General Assembly to prevent the representative of the Caracas regime from speaking.

Diplomats dismissed the exercise as a gimmick to get more countries in to watch the speech. The note sent out to missions from the Venezuelans, and reviewed by Fox News, appealed for allies to come out in force and be ready to vote against any US proposal to challenge the credentials of the regime.

It read in part: “The Bolivarian Republic of Venezuela to the United Nations must inform hereby of the intention of a group of delegations to request a vote in the General Assembly Hall in the afternoon of this coming Friday, 27 September 2019, to object the participation of and prevent H.E. Ms. Delcy Rodríguez Gómez, Vice-President of the Bolivarian Republic of Venezuela, from addressing the General Assembly of the United Nations.”

The memo pleaded with allies to come and oppose any attempt to stop the speech and support Venezuela “in the General Assembly of the United Nations as its delegation does, both in the relevant procedural and substantive votes there may be at the time.”

Venezuela has descended into economic and social ruin, with conditions worsening as Maduro has been engaged in a tug-of-war for power with Juan Guaido, the U.S.-recognized president since elections this year. Its population has since been dogged by malnutrition, disease and violence, as well as accusations that the government is engaged in money laundering and supporting terrorism.

In his address to the U.N. General Assembly Tuesday, Secretary-General Antonio Guterres said that 4 million people have fled the country, which he called “one of the largest displacements in the world.”

President Trump, meanwhile, pulled no punches on the deteriorating situation in Caracas. In his speech to the General Assembly, he called Maduro”a Cuban puppet, protected by Cuban bodyguards, hiding from his own people, while Cubans plunder Venezuela’s oil wealth to sustain its own corrupt communist rule.”

Isaias Medina, a former Venezuelan U.N. diplomat who resigned in protest against the policies of the Maduro regime, told Fox News on Saturday that “yesterday’s gaslight performance by the criminal Chavista regime…is clear evidence that the U.N., in accordance with the current practice of cooperation with regional organizations, must consider the importance and unavoidable consequence of the 2019 [Organization of American States] resolution to reject Maduro’s illegitimate regime, as it should also reflect the U.N. membership on the grounds of human rights violations, and ongoing crimes against humanity in breech of the principles of the U.N. Charter.”

Medina said the “diplomatic walkout was a sign of what many other members think but are still bound under interests other then human rights.”

The U.S. mission to the U.N. said that the regime’s “lies and deceit” corrupt the U.N. charter.

“We gather to solve the world’s problems, not stand by while Maduro starves the people of #Venezuela,” the mission said in a tweet. “That’s why we joined other nations to walk out…when Maduro’s crony took the stage.”

Rodríguez, in her speech, claimed that she came on “behalf of the only Venezuela,” a reference to a rival delegation of diplomats that opposition leader Guaido sent to the annual gathering of world leaders. She condemned U.S. sanctions “focused on strangling the Venezuelan economy” but made little reference to years of hyperinflation, power outages and food and medicine shortages that have led the the mass exodus. She also later told reporters that the number cited by Guterres of how many had fled was “a lie.”

The regime, meanwhile, is reported to be on the roster to join the U.N.’s controversial Human Rights Council next month — a move that would likely be seen as vindication by the U.S. for its decision last year to leave the body, in part because of the roster of countries with poor human rights records who sit on the council.

The Associated Press contributed to this report