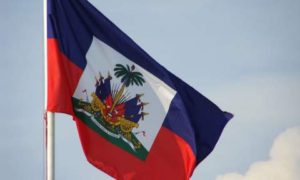 If you have followed the stories here showing strong evidence that IDT, the
Newark-based telecom, bribed officials of the Haitian phone company,
Teleco, you will be interested in today’s SEC filing by IDT. It says that
the SEC and the Justice Department are still investigating charges made in
2004 by former IDT employee D. Michael Jewett that the company had paid off
Haitian officials in connection with (ie. to get) a contract to supply long
distance service between the U.S. and Haiti. That would have violated the
FCPA, the Foreign Corrupt Practices Act. At the time, IDT was run by James
Courter, the former Republican congressman from New Jersey.

Jewett in November 2010 settled with IDT in return for his dropping a civil
lawsuit that charged he was fired because he didn’t go along with the scam.
But it appears that the story isn’t over. In May this year, a federal court
in Miami handed down a nine-year sentence to Jean René Duperval, the
Haitian Teleco official who allegedly took payoffs in the IDT deal, for
taking bribes from several Miami phone companies in similar cases. Duperval
would have a lot to say about the (alleged) IDT bribery. So, it’s
interesting that the feds are still pursuing the case. *Stay tuned. And
watch for connections to former Haitian President Jean Bertrand Aristide*.
Jewett says he got some of the purloined cash.