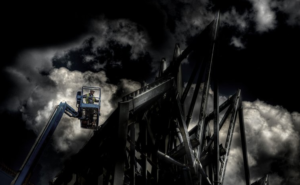 After an earthquake of apocalyptic dimensions struck Haiti on Jan. 12, the international community mounted an extraordinary campaign to prevent further loss of life and ease the suffering of millions of survivors.

Thanks to a generous outpouring of international aid and assistance, along with the sweat and perseverance of Haiti’s tireless people, the rescue effort has been a major success.

The same cannot be said for the recovery. Nearly six months after calamity struck, it’s fair to ask: Where is the recovery? Even in the best of times, it’s hard to get anything done in Haiti, but that’s no excuse for the lack of urgency that has stalled efforts to move forward.

President René Préval and the remnants of his shattered government ably participated in the rescue effort, even amid the trauma of losing their own friends, family members and homes. But today Mr. Préval and his associates appear to be stuck in a rut.

More progress is necessary in a number of areas to get the recovery into high gear. That includes relocating Haitians who remain at risk from heavy rains, preparing for a necessary election and developing a vision and a strategy to guide the nation into the future.

None of this has been forthcoming.

major issue facing the recovery. It said “paralysis in decision making bodes poorly for speedy resolution.” In a recent meeting with the Editorial Board of The Miami Herald, Prime Minister Jean-Max Bellerive conceded that even three days of heavy rains could spell further disaster and loss of life among the 1.5 million Haitians still living in makeshift shelters.

That is all the more reason for Mr. Préval to break the logjam over land policy so that Haitians living in the most vulnerable camps can be moved before a hurricane or rainstorm strikes. The government must establish priorities instead of — as Mr. Bellerive suggested to The Herald — trying to do everything at the same time, which is unrealistic.

Mr. Préval must also break another stalemate over the issue of elections. A dispute over the composition of the election commission has stymied efforts to publish an electoral calendar and get the process underway. That smacks of business — and politics — as usual.

Mr. Préval must end the dithering by forging a compromise so that Haitians and the international community can be assured that the government is committed to a fair and credible election. 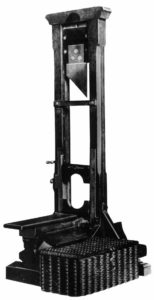 Préval must be forthright

Some Haitian leaders say privately that foreign donors have been slow to deliver on promises of aid. If money is a problem, Mr. Préval should not fear to say so, and to make clear how much is needed and for what.

But he must first put accountability and transparency measures in place to reassure donors that waste, fraud and abuse will not be tolerated.

The international community is committed to working hand-in-hand with Haitians on the recovery. Mr. Préval must dispel doubts about his ability to move the country forward. He must lead energetically — or let others do it.

Mr Preval and his government did not “ably” handle the crisis after the quake.

Preval disappeared for over a week – drunk!

Prime Minister Bellerive was arrested at the border as he attempted to get into the Dominican Republic, just hours after the nation was destroyed.

Their government has been one of incompetence, and corruption on a massive scale.

Within days of the quake Preval’s daughter’s boyfriend was in the Dominican Republic  supposedly spending $20.00 per unit on emergency kits. He bought time-expired material at $2.00 per unit and split $36,000,000 with Preval and Frantz Gabriel.

Preval does not want a new Electoral Council since an unbiased body will guarantee fair elections –  and remove his team from power. He fears this.

Preval’s term is finished and he should not be allowed to influence the forthcoming elections.

Unless a new and unbiased Electoral Council is put in place, Haiti is headed for another avoidable disaster.

Preval cannot be allowed the possibility of installing his dynasty in the palace.

2 thoughts on “End the dithering in Haiti OUR OPINION: More urgency needed to move country forward-Added COMMENTARY By Haitian-Truth”