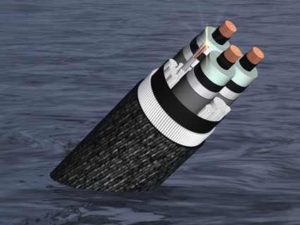 Jamaica-based Digicel Group yesterday announced a plan to deploy an undersea fibre-optic cable connecting Haiti to an existing route from Jamaica to the US, which it says could be ready to carry voice and data traffic by July this year. The 200km cable will cost around USD16 million and will be built in partnership with Columbus Networks and Alcatel-Lucent, using IT International Telecom as marine services subcontractor, the Jamaica Gleaner reports. Alcatel-Lucent originally deployed the FibraLink system owned by Columbus Networks, which connects Kingston to Florida, and Columbus Networks will own, operate and manage the new Fibralink Extension to Haiti after it is completed, providing high speed connections to 21 countries. ‘The benefits that this undersea link can bring to Haiti can’t be over-estimated. We are pleased to collaborate with Digicel and Columbus Networks on such a critical endeavour,’ said Philippe Dumont, president of Alcatel-Lucent Submarine Networks.

Since sustaining damage in Haiti’s earthquake in January 2010, the country’s only other submarine cable, which was never fully utilised, ‘has not been sufficiently’ secured against the risk of future seismic impact, according to Digicel. TeleGeography notes that the existing Haitian cable’s owner, Bahamas Telecommunications Company (BTC), had been aiming to sign up Digicel Haiti, the country’s largest cellco, and other local operators, as wholesale voice/data customers, but the plans did not appear to get off the ground, partly, it appears, because Digicel had its own cable plans brewing behind the scenes. In June 2011 CommsUpdate reported BTC’s plan to improve connectivity in Haiti, with the Bahamas-based telco’s CEO Geoff Houston stating that BTC was ‘looking at investing in expanding the capacity of the Haiti cable’ by the end of 2011, but no further annoucements followed. Apparently contrary to Digicel’s latest statement, Houston said that the Haitian section of BTC’s Bahamas Domestic Submarine Network has had its connectivity to the country restored, although he confirmed that its potential to serve mobile operators with high speed international links has not yet been utilised.

Simultaneously, Digicel said yesterday that it continues to weigh up proposals to invest in its own separate cable linking Jamaica to the US.