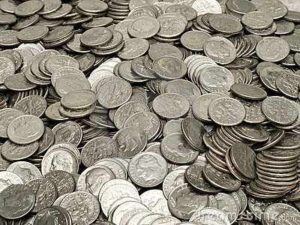 By JACQUELINE CHARLES – McClatchy NewspaperMIAMI – The World Bank’s private sector arm is investing up to $10 million in Haiti in hopes of spurring jobs and economic growth in the quake-recovering nation.

The investment by the International Finance Corporation is being made into Leopard Capital’s Haiti Fund, a new group that plans to invest in small and medium-size businesses after similar success in Cambodia. This is the first time the IFC is making a private equity investment in Haiti.

“Private sector investment is vital to building a strong and stable Haiti, and this transaction can help put the country on the path to economic stability – by supporting local businesses and showcasing Haiti’s potential,” IFC Executive Vice President and CEO Lars Thunell said. “This fund will work with companies that are critical to job creation, economic growth and the country’s continuing recovery from the 2010 earthquake.”

Lawrence Mackhoul, an associate with Leopard Capital, said the fund’s goal is to raise $75 million – $20 million of which it hopes to raise in the next three months. In addition to the IFC, two other development banks have expressed an interest in investing in the fund, he said. The money will then be invested in four main sectors in Haiti’s southern corridor: renewable energy, low- and medium-income housing, agribusiness and hospitality. There is already a team on the ground in Haiti, reviewing possible investments, he said.

Leopard Capital was founded by Douglas Clayton an American, who had lived in Thailand for 25 years. Five years ago, in the middle of the recession, he successfully raised $34 million and created an initial portfolio of 12 investments in privately-held companies in Cambodia. Both Clayton and Mackhoul first visited Haiti last March around the run-off elections where they immediately saw opportunities, Mackhoul said.