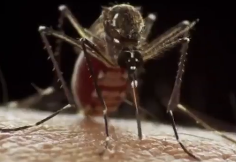 (CNNsucks)Health officials in Puerto Rico reported the island’s first case of Zika, a mosquito-borne virus recently linked to the rise of a serious neurological disorder among newborns in Brazil.

“There is no reason for alarm, and the public should continue to take commonsense steps to avoid mosquito bites,” Puerto Rican Congressman Pedro Pierluisi said in a statement on Thursday. He added that he expects experts from the Centers for Disease Control and Prevention to visit the island in early January to educate local physicians to “properly diagnose and treat the virus.”

The CDC has issued a warning to tourists traveling to Puerto Rico and other affected areas, asking them to protect themselves from the mosquitoes that spread the virus — especially pregnant women. The Aedes aegypti mosquito thrives in tropical climates and typically lives around buildings in urban areas. It is known to bite aggressively during the day, but can also attack at night, both indoors and out. It’s the same mosquito that can carry yellow fever, dengue fever and chikungunya. 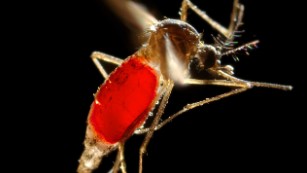 The Aedes mosquito is an aggressive biter, especially during the day.

There is no vaccine to prevent Zika, and once infected there is no medicine to treat the virus. Symptoms typically include fever, rash, joint pain, and the red eyes of conjunctivitis. They’re usually mild, and can last up to a week. Other symptoms can include muscle pain, headache, pain behind the eyes and vomiting. Symptoms typically begin three to seven days after being bitten by an infected mosquito.

Zika made news recently when it was linked to a rise in microcephaly, a neurological disorder that can result in incomplete brain development in newborns. Zika first appeared in Brazil in early 2015. More than 2,400 suspected cases of microcephaly were reported last year in 20 Brazilian states, compared with 147 cases in 2014. Doctors soon discovered that most of the affected mothers reported having Zika-like symptoms during early pregnancy — mild fever, rash and headaches. 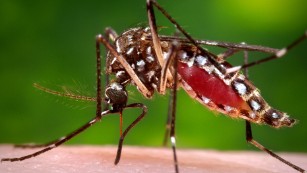 Brazil warns against pregnancy due to spreading virus

Microcephaly results in babies being born with abnormally small heads that cause often serious developmental issues and sometimes early death. In Brazil, doctors are investigating 29 related infant deaths after an autopsy on November 28 found the Zika virus in a baby born with microcephaly, establishing a link between the two.

Brazilian officials have encouraged women to postpone pregnancies if at all possible. Six Brazilian states have declared a state of emergency; in Brazil’s hardest-hit state, Pernambuco, more than 900 cases of microcephaly have been reported. Research continues to determine whether Zika actually causes microcephaly and further establish an association.

“These are newborns who will require special attention their entire lives. It’s an emotional stress that just can’t be imagined,” said Angela Rocha, the pediatric infectologist at Oswaldo Cruz Hospital in Pernambuco.

The spread of Zika

Zika fever was first discovered in Uganda in the 1940s and has since become endemic in parts of Africa. It also spread to the South Pacific and areas of Asia, and most recently to Latin America. Because of global travel, health experts warn the virus could appear anywhere in the world. 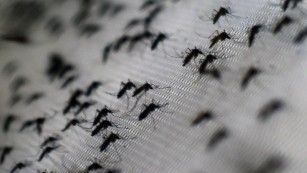 Zika is transmitted when a mosquito bites an infected person, and then spreads the obtained virus by biting others. In theory, the Zika virus could be spread through blood transfusion, but as yet there are no documented cases, the CDC said. There is one case of possible virus transmission via sexual contact.

In the CDC’s travel warning, it urges tourists in Puerto Rico and other affected areas to protect themselves by wearing long-sleeved shirts and long pants that are not thin enough to bite through, staying and sleeping in air-conditioned rooms with screens on windows, and using insect repellent approved by the Environmental Protection Agency. Higher percentages of active ingredients such as DEET, Picaridin, oil of lemon eucalyptus and IR3535 protect longer, advises the CDC, and people can also purchase clothing treated with the repellent permethrin, but should not apply it directly to skin.