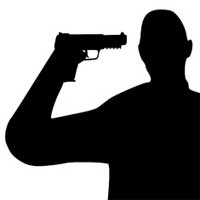 PORT-AU-PRINCE – With hip-hop artist Wyclef Jean’s name struck from the list of Haitian presidential hopefuls, the glitzy star factor is gone, but his unsuccessful bid may have left a legacy after all.

A day after the Haitian electoral body released its list of 19 presidential candidates, removing Jean’s name along with 14 others, the talk on the calm streets was all about who Jean will endorse.

He brought attention to Haiti’s youth, a group that makes up more than half of the country’s 9 million citizens.

And that, observers say, makes Jean, 40, a relevant player in a complicated race now expected to focus less on ideology and more on the next generation.

The final cut of candidates includes a cadre of 40-somethings with I-pads and U.S. and European degrees, but just one from Haiti’s traditional opposition elite – university co-founder and former First Lady Mirlande Manigat.

“Wyclef can potentially go from being king to kingmaker,” said Robert Maguire, a Haiti expert at Trinity University and the U.S. Institute for Peace, both in Washington, D.C. “The question is whether or not Wyclef will endorse somebody and bring a very important constituency to the polls, the disaffected youths of Haiti.”

Even old-guard politicians such as Yvon Neptune, a former Aristide prime minister and president of the Haitian Senate, now among the 19 eligible to run, recognize the need to attract young voters.

“We can think about how Haitians can become citizens of Haiti in a democratic state,” said Neptune, 63. “There must be a new citizen and we have to form that citizen. That is our duty.”

Jean has not said whether he will endorse any of the remaining candidates.

With his uncle – Raymond Joseph, former Haiti ambassador to the United States – also out of the race, Jean is now free to give his political support to anyone.

In a series of exclusive interviews with The Miami Herald in recent days, he spoke highly of several candidates.

Jean said he has “a lot of respect for” former prime Minister Jacques-Edouard Alexis, 62, and considers Leslie Voltaire, 61, a Cornell University-educated urban planner and a former minister under Aristide, “one of the smartest men that Haiti has to offer today.”

Both men made the final cut.

Even as all eyes were on Jean, his rejection confirmed what had been long speculated: the hip-hop artist did not meet eligibility because authorities said he did not live in Haiti for the required five consecutive years.

The frenzy over his potential inclusion in the presidential arena was short-lived. Sporadic street rallies by supporters were loud but small.

When his name was removed, it dominated discussion on airwaves, in households and tent encampments serving as temporary shelters for 1.5 million people displaced by the Jan. 12 earthquake.

But there was no outbursts or chaos.

“He did not have a political base in the area like other politicians. That is why you don’t see people in the streets,” said Junior Cesar, 26, who lives in Fort Dimache, a neighborhood near downtown. “The other politicians, they know the people, they have a base. Yes, Wyclef did a lot of things for us, but he did it as an artist. We always saw him as that, not a politician.”

Calesse Bien-Aime, 18, who lives in the Cite Soleil slum said Jean supporters had planned to take to the streets following his rejection.

“But the tiny group they gave the money to didn’t motivate enough people,” he said. “They kept the money for themselves and everyone stayed home.”

Added Wilo “Baby” Sannon, a local gang leader and Jean supporter: “Everyone expected us to go out, destroy people’s properties and burn tires. We have a different mentality, and decided there are things we won’t do.”

Even without money changing hands in a country where it is widely known that politicians pay protesters to help advance their political agenda, Jean’s candidacy generated much excitement.

The prospect of having a star in the top spot has kept the spotlight on this nation at a time when the international community seemed to be moving on to other issues, away from the devastation left behind from the massive Jan. 12 earthquake that left as many as 300,000 dead and an equal number injured.

When Jean met privately with President Rene Préval a day before the list was released, the president had Jean speak by phone to Jude Célestin, Préval’s anointed choice for his succession.

Jean said he told Célestin “my cousins are big fans,” and that he liked his “gorilla tactics, the way he works all day and night,” as the one-time founder and former director of the government’s road-building operation.

And there is the other Haitian star, konpa musician Michel “Sweet Micky” Martelly, the man who helped introduced Jean to Haitian audiences and who also made the final list. “Sweet Micky and I are the only candidates with I-Pads,” he joked.

For now, the youth factor has become the leading issue in a country where past elections have been won or lost on ideology and personality.

Candidates are aware of the fact that the young make up over 54% of Haiti’s voter strength.   AIMER HAITI started as a movement geared to solve problems facing the Haitian people, with a focus on the young.

It had no political motivation.

However, with the deterioration of conditions in Haiti, the group has moved to place one of its founders, Jean-Henry Ceant on the ballot.  Ceant is a leading notaire, businessman, community leader and philanthropist with  a strong base in all levels of the Haitian society.

AIMER HAITI operates a number of projects, including a hospital that sees something like 500 children each day.

But even as youth remain a factor, it will not be an easy political ride to the presidency.

Only one-third of the population resides in Port-au-Prince and there is still debate on whether the urban youth here is much different from those in rural communities.

How important of a player a perennial candidate like Chavannes Jeune, a popular pastor in Haiti’s protestant and peasant movement, remains a factor.

Also lingering is what role will Fanmi Lavalas – the party of former President Jean-Bertrand Aristide – play in the elections. Even though the party could not participate in the election under its own banner because of internal conflicts, at least a dozen former Lavalas party members threw their names into the race and at least half made the final cut.

The official exclusion of Fanmi Lavalas as a political party has been a point of contention among international supporters and within the ranks of the now-splintered group.

While some have interpreted it to mean the death of the political party, others say the philosophy of the movement tout moun se moun (everybody is somebody), which the party used, remains relevant in the Haitian political drama.

“Lavalas was never a party. It was a movement, which is now in deep crisis and divided among distinct factions led by some of its old barons,” said Robert Fatton, a Haiti expert at the University of Virginia.

“They all want the Lavalas vote without appealing to Aristide. So, yes, Lavalas as we knew it is dying a slow death.”

Now the real drama begins as candidates fight over the same base, and also battle to remain relevant by the time the Nov. 28 presidential election arrives.

“I still see these elections as being critical to providing Haiti a sense of continuity and recovery from the earthquake, and moving forward to what everybody seems to believe is a very solid action plan for recovery,” Maguire said.

Wyclef had a two hour meeting with President Rene Preval.

Preval put him on the line to his wife’s ex-lover and husband of his daughter, now Preval’s anointed successor.

Preval’s only hope  for survival requires a new president that will not allow justice to take its course.

If a truly unbiased candidate wins the presidential elections Preval woulod face the death sentence, if Haiti still had one. He could face several life sentences for his multitudinous crimes that range from parking violations (received as a taxi driver in New York) through cocaine trafficking, murder, kidnap,  torture, theft of hundred of millions of US Dollars,  constitutional violations too numerous to count, and betrayal of his nation’s people.

Preval is really a piece of shit and recognizes this himself.

“Suspicion haunts the guilty mind.” …..an old saying that fits Preval.  He  would double cross anyone, and has…on many occasions.  So he cannot possibly trust anyone who offers him an honest deal to save his worthless ass.

If he did trust someone, a deal could be made that would see him walk away with his stolen loot, and impunity for his crimes.

But then, this would protect Preval, and not his intimate circle of murderers and thieves. These criminals will hold Preval in the fire in an effort to save themselves.

And Haiti will pay for this.

4 thoughts on “WYCLEF IS GONE, BUT NOT FORGOTTEN- A KINGMAKER? DID PREVAL GET HIM TO PROMISE SUPPORT FOR CELESTIN IN RETURN FOR A CABINET POSITION?-Added COMMENTARY By Haitian-Truth”