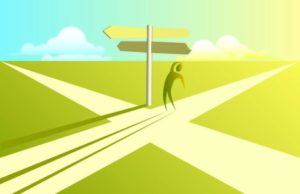 The electoral commission approved 19 candidates and rejected 15. While rejecting Wyclef Jean, the board approved two leading presidential candidates, former Prime Minister Jacques-Edouard Alexis, previously fired for incompetence and dishonesty…. Yvon Neptune, who was the last prime minister under ousted President Jean-Bertrand Aristide and was accused of giving weapons to death squads in 2004.

Also allowed to run are Jude Celestin, head of the government’s primary construction firm, a man mentioned as a co-conspirator with gang-leader Amaral Duclona, in several murders,  and the candidate supported by the current President Rene Preval…. but   rejected the candidacy of Haiti’s ambassador to the US, Raymond Joseph.

The acceptance of    Jude Celestin, Alexis and Neptune, while rejecting Raymond Joseph  is a stunning example of accepting the criminals while rejecting one of the best candidates to offer himself. Raymond Joseph has been one of the most important players in the Haitian game since the departure of Jean-Bertrand Aristide. Immediately after Aristide flight into exile, Ramond Joseph became Charge in Washington, spokesman for our nation

During the hurricane disasters, he was Haiti’s face to the outside world. Named ambassador by Gerard Latortue, he was retained in this position by President Preval.

The Electoral Council started to play games with Joseph, claiming he was missing one document…and then, after he presented this, claiming he was short another. His residence requirements were satisfied by living in the Haitian residence in Washington and working in the embassy. He was in Haiti, 24 hours per day, for the five years.

We would expect Ambassador Raymond Joseph to appeal this stupidity by the CEP.  He is one of the most highly qualified candidates we have and is head and shoulders over flawed people like Alexis, Celestin, Voltaire and a cast of dozens.