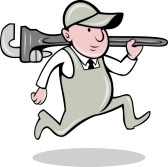 In the two years following the ouster of former Haitian President Jean-Bertrand Aristide, the U.S. played a key role in the interim government.

A month before a newly elected Haitian President René Préval was to assume office in 2006, frustrated U.S. officials found themselves in a diplomatic tussle with Haiti’s interim government over returning criminals to the country.

Nine months earlier, the U.S. had unofficially halted deportations amid concerns that deportees were behind a wave of kidnappings and violence. With presidential elections over, and the security situation somewhat improved, U.S. officials wanted the program resumed.

Instead of finding the supportive ally it had on countless issues since South Floridian Gerard Latortue was plucked from retirement and installed as prime minister, the U.S. found a resisting partner. .

It was one of the few times that Latortue, installed after President Jean-Bertrand Aristide was forced from power, attempted to stand up to Haiti’s most powerful ally, according to confidential cables obtained by WikiLeaks and shared with McClatchy newspapers.

The collective tone of the cables between Port-au-Prince and Washington during the interim government’s two-year rule from March 2004 to June 2006, show how deeply the U.S. government was involved in Haiti’s internal affairs. They also illustrate how Latortue relied on the U.S.’s top envoys in Port-au-Prince for counsel and support, even as his government broke promises and commitments, such as on-time presidential and legislative elections, the release of Aristide’s former Prime Minister Yvon Neptune and the rapid resumption of deportations.

“These cables show over and over, the U.S. considered Haiti to be its ward and regardless of whomever is in power, either democratically elected or not, they expect that person to do their bidding,’’ said Alex Dupuy, author of The Prophet and Power: Jean-Bertrand Aristide, Haiti and the International Community.

“They keep putting people in power but what they don’t understand about Haiti is Haitians have their own agenda when it comes to power,’’ added Dupuy, who teaches sociology at Wesleyan University in Connecticut. “Regardless of what the U.S. wants, there are always internal issues they will have to deal with, different factions vying for power and interfering with the agenda of the U.S. and international community.’’

Latortue, who lives in Boca Raton, declined a Miami Herald interview request to discuss the cables, or his tenure as prime minister.

The role of the U.S. in Haiti’s internal affairs has long been a matter of debate among Haiti watchers and Haitians, who questioned their country’s sovereignty after the international community’s role in the recently concluded fraud-plagued, controversial presidential and legislative elections. After the Nov. 28 first round, the U.S. government revoked — and eventually returned — visas of Préval loyalists as part of its pressure tactics to get the former president to replace his party’s candidate, Jude Célestin, from the runoff in favor of singer Michel Martelly.

Martelly eventually won the presidency. But two months in office, he’s struggling to install a prime minister. His selection of Bernard Gousse, a lawyer who served as minister of justice and public security in the interim government, has reignited debate about the Latortue government. The cables show that U.S. and U.N. diplomats were frustrated over Gousse’s poor handling of security, and lack of judicial and police reforms.

Dupuy and other Haiti observers say the cables serve as a warning for future Haiti governments. The U.S. will continue to be “an invisible and influential’’ member of the government of Haiti until the crisis-prone nation gets its political, social and economic acts together.

“For the U.S., elections have no meaning other than to create the image that Haiti is democratically run and has a democratic government. But that doesn’t mean that with democracy comes autonomy,’’ Dupuy said. “As long as they think they have someone they can control, they will support them.’’

That support came through in several secret dispatches. For instance, concerned that interim President Boniface Alexandre wanted to play a more influential role in the country’s affairs, Latortue complained to then U.S. Ambassador James Foley.

“Latortue said, he would need Ambassador’s assistance to make sure that Alexandre did not encroach on the government’s prerogatives,’’ Foley wrote in a 2004 cable, adding, “Ambassador will see President Alexandre on this subject later in the week.’’

Latortue again sought Foley’s counsel in June 2005 as Haiti was sinking into anarchy and the U.N. peacekeeping mission’s mandate was in danger of not being renewed. China, a key vote, was upset about Alexandre’s planned visit to Taiwan.

The near diplomatic disaster was avoided after the trip was canceled at the last minute but not before the U.S. weighed in.

“Latortue implied that he was considering putting the President’s trip in play. I said if he did so, he should insist on the 12-month renewal [of peacekeepers]. Latortue said he would not only do that but also insist on the raising of the troop and police ceiling. I wholeheartedly agreed,’’ Foley wrote June 3, 2005.

While Latortue’s supporters say he did what the U.S. wanted — stage free and fair elections that resulted in Préval’s election — critics say his government’s “poor performance’’ led to missed opportunities to help reform Haiti.

One area where the U.S. did not get its way, was in its race against death to get Neptune released before Préval came into office.

Brian Concannon Jr., a human rights lawyer who worked on the Neptune case and that of imprisoned activist Miami priest the Rev. Gérard Jean-Juste, said the cables show that the “U.S. concerns were limited to the public relations effects of their deaths in custody, not the fact that their imprisonment was illegal.’’

Haitian courts later determined that the detentions were without merit. The Inter-American Court of Human Rights issued a similar ruling in Neptune’s case.

Concannon said that most of the U.S. frustration surfaced because Latortue’s government either failed to follow orders or took actions that risked embarrassing the U.S.

That was the case not just with Neptune but when runoff legislative elections were jeopardized by an attempt to kick out candidates with dual nationality. The incident was described in a March 2006 cable as “the latest in a long list of examples of cabinet indiscipline and an exasperating lack of judgment on the part of key Haitian officials.’’

Former U.S. Ambassador to Haiti Janet Sanderson added that it “serves as a reminder that we must monitor every step’’ of Latortue’s government.

A month later, U.S. officials were again frustrated, this time over Latortue and Interior Minister Paul Magloire’s reluctance to allow the U.S. to resume deportations. The U.S. warned that they risked visa revocations.

“Magloire asserted that visa sanctions would be unreasonable and considered such action a personal threat,’’ Sanderson wrote April 12, 2006, just four weeks before Préval was to be inaugurated for his second stint as president.

“He stated that the [interim government of Haiti] has done everything the [U.S. government] has asked of it, even risking its credibility, and should be given credit, not sanctions for progress in Haiti.’’

Unfortunately, having the US Embassy trying to guide Haiti has created disaster after disaster.

Our present, current, and immediate situation exists because – almost exactly one year ago, Ambassador Merten convened a meeting of various foreign ambassadors to Haiti.

They discussed the planned elections.

Canada’s ambassador said Canada would not commit one penny until a new CEP was installed.

This was the point in time where Merten could have shown statesmanship…common sense, or whatever you want to call it. Instead, he said that he had spoken to Preval and the CEP, receiving their word on creating a truly free-and-fair election for the Nation. He said they were honorable people and he accepted their word and guarantees.

The disaster that followed was avoidable.

Creation of a new, truly independent CEP, at that time, would have seen us with a real government in place.

INITE would not exist.

Martelly would not be president.

And Haiti would have a chance.

It is too late to go back, and INITE will not let us go forward.

We have closed the circle and Haiti seems doomed.