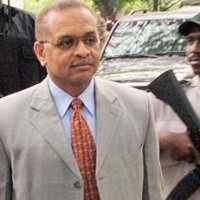 PORT-AU-PRINCE, Haiti – Meetings are underway 24 hours before the Prime Minister-designate, Bernard Gousse, is to turn in his pieces to parliament, meanwhile speculation is stirring that a former rebel is threatening manifestations throughout the country.

At the request of the Business Forum, the group of 16 Senators, who preemptively opposed the nomination of Bernard Gousse for Prime Minister held a meeting on Wednesday at the Karibe Convention Center.

The Agence Haïtienne de Presse is reporting the subject of the meeting is to encourage the ratificaton of the Prime Minister designate, Bernard Gousse.

The majority group out of 30 senators opposed to the choice of Mr. Gousse, are accusing the designated of violations of human rights, and are expected to give a press conference immediately after their meetings.

Another meeting is scheduled shortly after with President Michel Martelly as he continues to work towards ratification of a prime minister through negotiations.

In Gonaives, reports are being heard that a former Duvalieriste, Jean Pierre Batiste or Jean Tatoune is threatening to call for manifestations in the street to try to force the senate to ratify the prime minister-designate.

“I will not tell the senators twice,” said Jean Tatoune who says his movement to extend to the entire country.

Jean Tatoune is notorious and has been implicated in the massacre of at least six people in Gonaives’ seaside slum of Raboteau.

Though Tatoune was sentenced to life for the 1994 killings, he was allegedly set free by rebels who ousted President Jean-Bertrand Aristide from power in 2004.

Aristide, like Adolf Hitler, believed in the “Big Lie.” Tell a huge falsehood over and over and it becomes the Truth.

So it is with the Raboteau Massacre, an event that never happened. The real event saw some Lavalas activists attack the Gonaives Casserne, putting a few holes in the building.

Then Lavalas took over, creating a massacre that, when investigated by the American embassy, and responsible members of the media, proved to be a zero.

Members of the human rights community, ever eager to believe Aristide and blame the military, took up the attack based on Lavalas propaganda.

Colonel Steve Lovasz, Military Attache with the American Embassy investigated the massacre and said nothing happened. He reported that people said one lady had been wounded, but he could not find her for an interview.

Unfortunately, there were many media people who wanted sensationalism and echoed the Lavalas/Aristide stage play.

According to the stage play, FRAPH and FAdH people surrounded Raboteau and attacked, “shooting at peoples’ legs, as they ran…”  People were killed. The reason there were no bodies, when investigators arrived, the next day, was due to the fact that they had “been burned and buried by the FAdH”….or…”had washed out to sea.”

Now, anyone who has been to Raboteau will tell you there isn’t a square inch in which to bury people, and bodies would not wash out to sea….with the tide conditions of the area.

When Lavalas pushed, for a trial, the local judge refused to participate because there was “no evidence…” He was later murdered to maintain silence.

A show trial was held, coordinated by Brian Concannon, the paid Aristide propagandist, and the widow of Guy Malary, a Minister of Justice assassinated by Aristide associates. She had become one of Aristide’s mistresses.

The trail managed to convict the FAdH General Staff, including General Cedras, plus Tatoune.