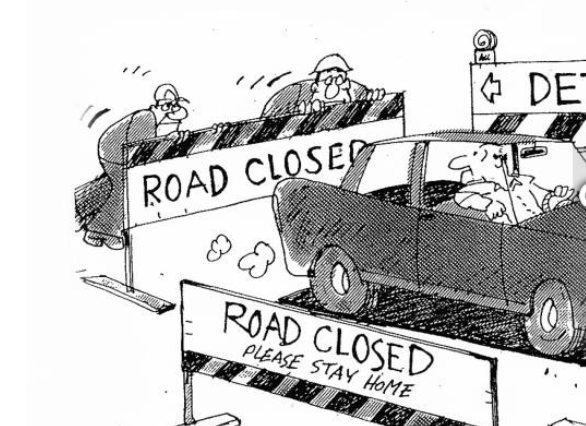 The Biden administration is considering whether to impose domestic travel restrictions, including on Florida, fearful that coronavirus mutations are threatening to reverse hard-fought progress on the pandemic.

Outbreaks of the new variants — including a highly contagious one first identified in the United Kingdom, as well as others from South Africa and Brazil that scientists worry can evade existing vaccines — have lent urgency to a review of potential travel restrictions within the United States, one federal official said.

Discussions in the administration over potential travel restrictions do not target a specific state but focus on how to prevent the spread of variants that appear to be surging in a number of states, including Florida and California.

“There are active conversations about what could help mitigate spread here, but we have to follow the data and what’s going to work. We did this with South Africa, we did this with Brazil, because we got clear guidance,” one White House official said.

“But we’re having conversations about anything that would help mitigate spread,” the official said, referring to discussions about new travel restrictions that could target the spread of the U.K. mutation in Florida.

The U.K. variant, known as B.1.1.7, has recently surged in Florida, where over a third of all cases in the United States have been identified.

Two federal government officials underscored that no policy announcements are imminent, and that any move to restrict travel or impose new health measures would be taken in partnership with state and local governments.

“No decisions have been made, but we certainly are having conversations across government,” the White House official said, pointing to current guidance from the Centers for Disease Control and Prevention encouraging Americans to stay home and only travel for essential reasons.

“This is a war and we’re at battle with the virus. War is messy and unpredictable, and all options are on the table,” the official said.

Executives and other representatives from a devastated travel industry are in talks with officials at the CDC on potential new actions, expressing particular concern over a potential testing requirement on domestic flights.

“The variants are certainly of concern obviously to the CDC, and I think that the uncertainty around the variants has put other proposals on the table,” said Tori Emerson Barnes, executive vice president of public affairs and policy at the U.S. Travel Association, who has been in contact with Biden administration officials on the matter.

On his first full day in office, President Joe Biden directed the CDC, the Department of Transportation and the Department of Homeland Security to “promptly” draw up a list of recommendations on “how their respective agencies may impose additional public health measures for domestic travel.”

In recent days, Transportation Secretary Pete Buttigieg and CDC Director Rochelle Walensky have said they are examining whether to require COVID-19 testing for travelers on domestic flights – a move that has drawn oppositionfrom airline executives.

“We had been pushing the use of a mask mandate, so we were very pleased to see the Biden administration put an executive order in place requiring masks in general spaces and in the airspace. That’s absolutely critical,” Barnes said.“We have some concerns around the idea of a domestic testing requirement, because not only would it require a 42% increase in the testing capacity nationwide, but it’s really not scalable, feasible or effective.”

While COVID-19 cases in Florida have declined in recent weeks, the U.K. variant has spread rapidly in the state during that time. It now accounts for up to 15% of new cases in Florida, according to estimates from a team of researchers modeling the variant’s growth across the country — up from about 1% at the beginning of January.

Gov. Ron DeSantis has kept Florida’s economy open even as the virus and its variants spread. Early on in the pandemic, he issued an executive order requiring travelers from New York, Connecticut and New Jersey to isolate for 14 days. He rescinded the order in August.

In response to this report, Meredith Beatrice, a spokeswoman for DeSantis, said the governor “opposes travel restrictions and does not believe diagnostic tests should be a prerequisite to domestic air travel.”

Republican Sen. Marco Rubio of Florida wrote a letter to Biden saying that travel restrictions on the state would be “reckless and economically harmful.”

“Instituting a travel ban, or any restriction of movement between the states, would be an outrageous, authoritarian move that has no basis in law or science,” Rubio wrote. The White House has not said that it is considering a Florida travel ban.

William Lee, a co-author of a study that modeled B.1.1.7’s introduction and spread in the United States, said he expects the prevalence to double every week to 10 days in Florida. His team of researchers will be watching closely to see if the genetic information indicates that outbreaks of the U.K. variant in other states were sparked by travelers returning from Florida vacations.

Walensky last week said the B.1.1.7 variant now appears to account for 1% to 4% of new cases nationally but its presence is lopsided in certain areas, without specifying those locations.

“We do not believe the variants are distributed equally across the country at this time,” she said.

Major U.S. airlines have increased flights to Florida in recent weeks as signs have emerged that the market for leisure travel is rebounding, while business travel continues to lag. 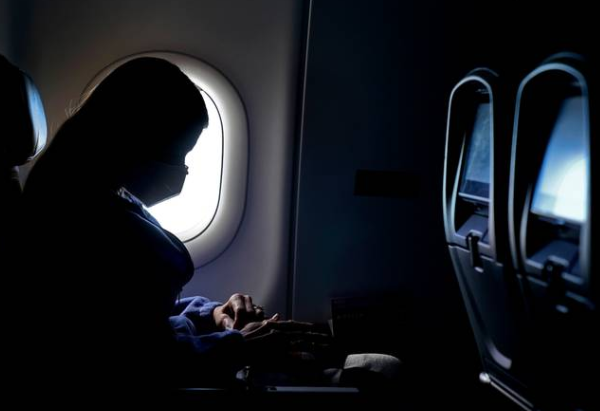 Whether travel restrictions will be effective as an intervention is unclear and implementing them now could amount to “closing the barn door once the horse is out,” said Robert Bednarczyk, a public health expert and assistant professor at Emory University’s Rollins School of Public Health.

He noted that the B.1.1.7 variant has already spread to 34 states, even if it is more concentrated in places like Florida and California.

“With only a small fraction of samples tested for specific mutations, this is likely underestimating the amount of spread,” Bednarczyk said. “In addition to what we’ve been asking of the population — masks, distancing, avoiding large gatherings — I think people should consider avoiding travel, especially to tourist destinations where there’s a greater chance of disease spread to individuals who can take it to more places.”

But even if it’s too late to halt the spread of the variant, a travel restriction could at least slow its exportation, said Stephen Kissler, an immunology and infectious disease expert with Harvard T.H. Chan School of Public Health.

Kissler said that the arrival of COVID vaccines has given public health officials added incentive to impose travel restrictions, even if they would only slow the spread of the variant, because it gives them a longer window to get people protected from the virus before they are infected.

“Right now we’re in a race with the virus trying to get people vaccinated as quickly as possible, and B.1.1.7 is one of the most serious threats to that,” he said.

Federal officials have restricted domestic travel for individuals with infectious diseases in the past, but a broad restriction to a larger population that may have been exposed would be new.

On Biden’s first day in office, he signed an executive order mandating the use of masks at all airports and on all commercial flights, ferries, trains and intercity buses.

While the federal government has sole authority over international borders, it defers to states over domestic quarantines during public health emergencies.

The U.S. Supreme Court has long held that Americans have a constitutional right to travel between states, including a 1941 case striking down California’s attempt to ban economic migrants from entering the state.

But federal officials do have powers to restrict travel between states during a pandemic, according to the Public Health Service Act that uses language from an 1890 law allowing the federal government to make and enforce regulations to prevent the spread of communicable diseases “from one State or possession into any other State or possession.”

The CDC typically only uses those powers on individuals who have tested positive or were likely exposed to a communicable disease, such as a “do not board” list for air travel for people with tuberculosis or measles. The agency has historically not applied the statute to wide swathes of the population who may be at risk.

It may be time for that to change, said Polly Price, professor of law and global health at Emory University.

“In a pandemic, if any state fails, all states fail,” Price said. “I do think the authority is there for imposing some kind of federal domestic travel restrictions based on whether one state threatens to spread contagious disease into another state,” such as enforcing a nationwide quarantine period for travelers coming from states where a certain percentage of the population is testing positive for variants.

Whether modern-day courts would uphold broad federal restrictions on domestic travel is an open question.

“This is all uncharted territory. It’s possible, but it’s totally untested,” said Meryl Chertoff, an adjunct professor at Georgetown Law and executive director of the Georgetown Project on State and Local Government Policy and Law.

The courts would likely look more favorably on measures that apply to specific people suspected or confirmed to have the disease, or an easy-to-identify group of travelers, she said.

Legal justification for a travel shutdown for residents of an entire state — something known in legal and epidemiological circles as a “cordon sanitaire” — would have to meet an extremely high bar.

“That’s a very severe restriction on personal liberty,” Chertoff said. “If one took that to court, the question would be: Isn’t there a less restrictive means to accomplish that objective?”

Beyond the legal questions, there are intertwined political and public health considerations. Kissler, the Harvard epidemiologist, said that the risks of an adversarial relationship between the Biden administration and DeSantis are real.

“There are probably some epidemiological reasons to impose a travel restriction, but of course, epidemiology is only part of the story,” Kissler said. “So much of epidemiology is based on trust and a presumption of good will. If that goes out the window, nothing else works.”

This article has been updated with comment from Sen. Marco Rubio.