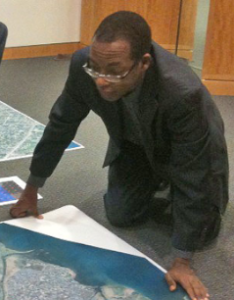 —-RETURNING TO HAITI TO PLUNDER AGAIN—-
5 YEARS AGO HE STOLE $1,500,000.00 us FROM PORT-AU-PRINCE’S NOTRE DAME UNIVERSITY. UPON CONVICTION HE PROMISED TO REPAY FUNDS AT $150,000.00 A TIME. GAVE ONE CHECK AND FLED TO BOSTON. CHECK BOUNCED. RAN CHARISMATIC CON GAME IN BOSTON CLAIMING MIRACLES IN CURES OF CANCER AND HIV THROUGH PRAYER.
AS THEY SAY – THE CRIMINAL RETURNS TO THE SCENE OF HIS CRIME. HE, AND HIS WIFE, ELISEBETH COICOU LIGONDE, AND ARCHITECT, ARE RETURNING TO PLUNDER AGAIN.
THEY SHOULD BE REFUSED ENTRANCE TO HAITI OR ARRESTED AND JAILED FOR EARLIER CRIMES. HAITIAN LAW ALLOWS ARREST AND INCARCERATION FOR DEBTS. THIS MAN STOLE THE HOPES OF MANY HAITIAN STUDENTS.
HE MUST PAY NOW