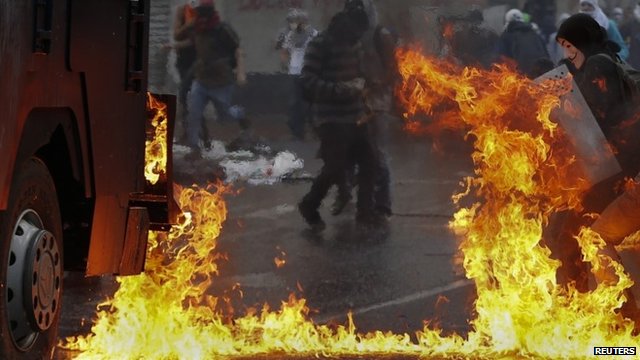 Tear gas and water cannon were used to disperse the protesters

Fresh violence has erupted in the Venezuelan capital, Caracas, between police and opponents of President Nicolas Maduro.

Masked protesters burned effigies of the president after a rally called “Resurrection of Democracy”.

Police responded to petrol bombs in the Chacao district with tear gas and water cannon.

More than 40 people have died in violent protests since February and hundreds of people have been arrested.

They have since grown into a wider opposition movement and many of the protesters say they will not stop until the government of President Maduro resigns.

There have also been demonstrations in support of the government, with tens of thousands of people clad in red, the colour associated with the Bolivarian revolution, taking to the streets.

On Sunday, the rally started with a “Via Crucis” march, mirroring Jesus’s walk to crucifixion. 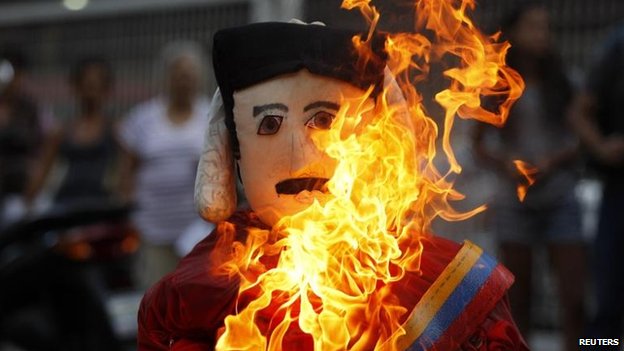 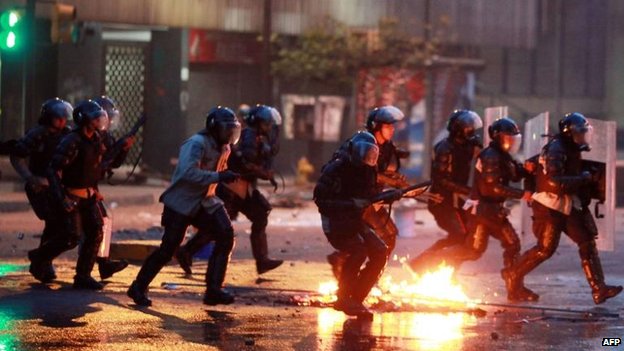 Police confront the protesters in the capital 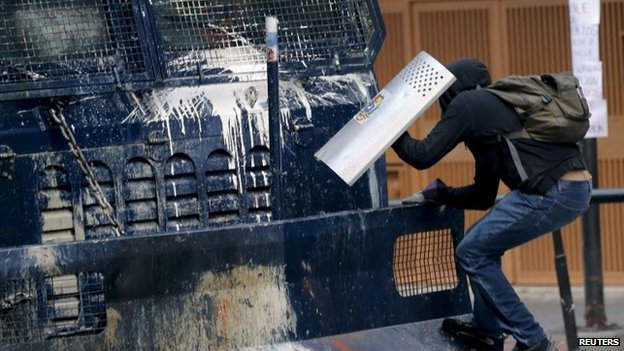 The protest was dubbed “Resurrection of Democracy” 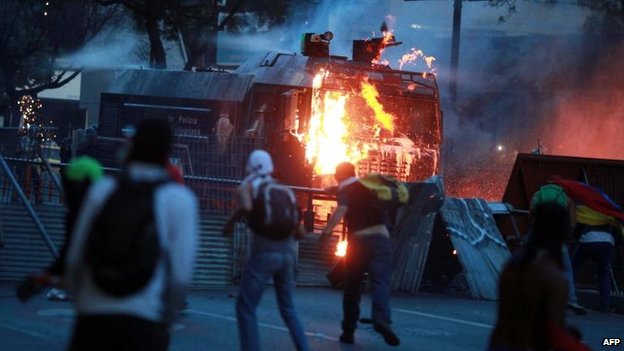 More than 40 people have died in protests since February

“We’re staying in the street until we get our country back,” student leader Djamil Jassir, 22, told Reuters news agency.

Another protester, Naybeth Ramirez, said: “There are many who have already died and it’s for them that we’re here. They’re not going to have an Easter again, nor carnival.”

Later, several hundred protesters set up barricades in Chacao, in the east of the capital, chanting “Liberty” and throwing petrol bombs.

Supporters of the president have also been protesting.

Mr Maduro this week marked one year in office, after replacing the late Hugo Chavez.

Mr Maduro said via Twitter: “I will continue to fulfil my oath with the people. No-one will deny our right to be happy, free and independent.”