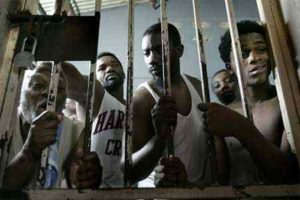 MIAMI — U.S. immigration authorities have released their figures on deportations to Haiti in the months before the devastating 2010 earthquake.

The Department of Homeland Security on Monday posted its data on immigration enforcement actions for the 2010 fiscal year, which ended Sept. 30.

The U.S. deported 375 Haitians that year, including 125 criminals, before all deportations to Haiti were suspended after the Jan. 12, 2010, earthquake.

The deportations of Haitians convicted of violent crimes in the U.S. resumed this past January. Immigration and Customs Enforcement officials have said they plan to deport about 700 Haitians with criminal records this year. So far, 100 such Haitians have been returned to their Caribbean homeland.