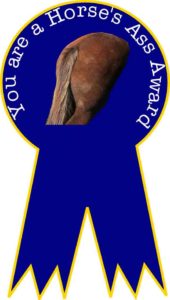 US officials in Haiti warned that the Haitian government would be unable to handle a catastrophic earthquake five years before a devastating tremor ended up destroying large swathes of the Haitian capital and surrounding towns, killing tens of thousands and destroying hundreds of buildings.

The information was revealed in a secret US cable obtained by the media organisation WikiLeaks.

“The last thing Haiti needs now is an earthquake,” said a May 25, 2005 cable, written two weeks after a 4.3 magnitude tremor shook the Haitian capital, Port-au-Prince, on May 11. There were no reported injuries and only very minor damage.

The earthquake warning was in a trove of 1918 cables that WikiLeaks made available to Haiti Liberte.

“A more severe earthquake would be catastrophic, as the government of Haiti is unprepared to handle a natural disaster of any magnitude,” added the cable, warning that any large tremor would compound problems of political instability, poverty and environmental degradation.

“On [sic] OFDA [Office of Foreign Disaster Assistance] team will come to Port-au-Prince in June [2005] to help the embassy coordinate its disaster preparations, and to try to jump-start [Government of Haiti] and donor coordination and planning,” concluded the cable.

Still, the January 12, 2010, earthquake appeared to catch unprepared the Haitian government, international NGOs, and the 9000-strong UN military force that had been occupying Haiti since the 2004 overthrow of former president Jean-Bertrand Aristide.

Relief and reconstruction efforts were — and continue to be — slow and chaotic, marred by a lack of coordination and open competition among various governments and international agencies.

“I just don’t understand it,” exclaimed ABC News Anchor Diane Sawyer six days after the earthquake, questioning the sluggishness of U.S. relief efforts. “I do not understand it: six days and they are only 90 minutes away from Miami.”
“With every day that passes in the mud and rubble of Haiti, the failures of the relief effort are heartbreaking,” added the New York Times in an editorial two months later.
Today, 16 months after the quake, only about 37% of US$4.6 billion in support pledges have actually been disbursed — a crucial issue given the dominant role that the international community plays in Haiti.

The study, conducted and written principally by statistician and US-aid critic Timothy Schwartz, calculates that somewhere between 46,000 to 85,000 people died in the quake.

The previously accepted death toll put forth by the Haitian government was 312,000.
Haiti lies between two major fault lines that traverse the country, one under the capital and one under the second largest city, Cap Haitien, in the north. Seismologists consider both faults “quite dangerous,” the cable notes.
“The northern fault, in particular, has not released significant energy in over 800 years,” the cable warns. “According to experts, approximately 4 to 8 meters of left lateral slippage has already accumulated and should it be released, could register 8.0 or higher on the Richter scale, with no forewarning.”
“The soil conditions in Haiti are such that an earthquake anywhere in the country could cause severe liquefaction, whereby soil is turned to a quicksand type liquid, which is a considerable threat to infrastructure such as buildings, dams, bridges and highways,” the cable added.

Who didn’t know the vulnerability of Haiti to an earthquake??

All these left-leaning jerks would like to create the impression that the American embassy could have done something to prevent the January 12, 2010 disaster.

The American government tried to get Preval to donate a piece of property upon which to build a large emergency facility that would have been filled with all sorts of equipment, food and supplies.

This would have helped alleviate much of the impact of the quake. Unfortunately, Preval never provided a site for the emergency facility.

A quake is an Act of God. Not even Obama can stop one of these.

2 thoughts on “More Stupidity from the Green Left Weekly Haiti: US embassy knew of earthquake vulnerability-Added COMMENTARY By Haitian-Truth”