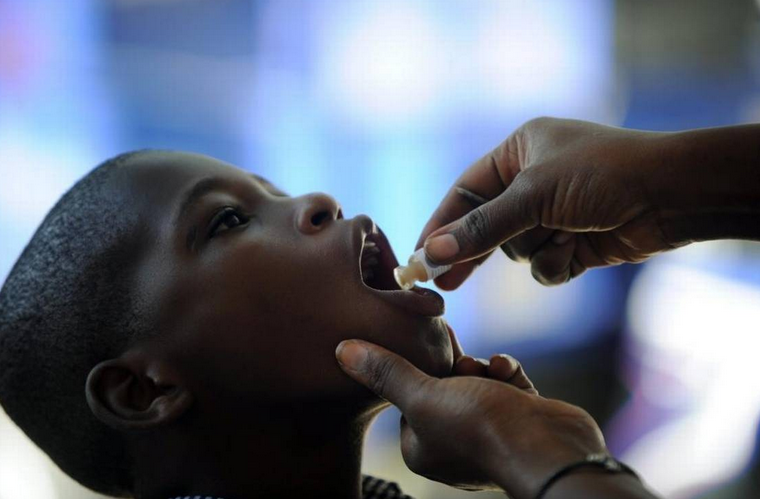 Seven years after its soldiers sparked the world’s worst cholera epidemic in Haiti, the United Nations is finally preparing to close its MINUSTAH peacekeeping mission there. As Nobel Peace laureates committed to the U.N.’s ideal of universal human rights, we are deeply concerned that the victims of MINUSTAH’s catastrophic actions remain without justice and reparations, despite U.N. promises to repair the harm it has caused.

As the Security Council visits Haiti this week to wind up the mission, it must ensure that the U.N. settles its debt to the Haitian people before MINUSTAH leaves — for their sake, but also for the sake of the United Nations itself, whose legacy in Haiti risks being defined by scandal, and whose credibility and very ideals are on the line.

When MINUSTAH soldiers discharged contaminated waste into the Artibonite River in 2010, sparking a massive cholera outbreak, the U.N. denied its role in the tragedy, in defiance of overwhelming evidence and the organization’s own obligations.

The U.N.’s denial was an affront to justice — and a betrayal not only of the Haitian people it was purportedly there to serve, but of all the peoples worldwide who constitute the United Nations and hope to see it fulfill its highest ideals. While the U.N. ignored cholera’s victims, at least 10,000 Haitians died from the disease (though the U.N. has reported that the number may be three times as high). Today, cholera continues to wreak havoc on the people of Haiti, and the crisis has weakened the organization’s credibility as a human rights defender.

In December 2016, after six years of denial, then-U.N. Secretary General Ban Ki-moon issued a long-overdue apology. Ban admitted that the U.N. had a “moral responsibility” to fight cholera and announced “a new approach” in the form of a $400 million fund to fight the disease and provide redress to the families and communities that were direct victims of MINUSTAH’s recklessness.

This fund could go a long way toward repairing the harm done in Haiti and U.N.’s image — and ability to act — in Haiti and around the world. But, so far, the new approach hasn’t come to fruition; just 10 out of the promised $400 million has been raised. It’s not that $400 million to assist victims and make reparations to Haiti is an unwieldy sum. In fact, in the years since cholera was introduced — half of the mission´s overall stay — the U.N. has spent $4 billion on MINUSTAH. But in an exercise in hypocrisy, a handful of powerful countries have ensured that Haiti’s so-called peacekeeping mission is funded through mandatory quotas, while reparations for the immense harms it has caused must be begged for through voluntary contributions.

MINUSTAH will leave Haiti in October, but the cholera epidemic the mission caused will rage on together with the impunity it has spawned. Closing down the mission without repairing the damages it has wrought is nothing less than an invitation to worse disasters and will cripple the credibility of any successor mission from the outset. Many in Haiti, and throughout Latin America, have long viewed MINUSTAH as an occupation force, trampling on Haitian sovereignty and right to self-determination. They are more than wary that the Security Council already has voted to send a new mission purportedly to promote justice and the rule of law. What Haitian could be expected to accept it if MINUSTAH leaves the country with an ongoing epidemic, impunity for its own violations, and a broken $400 million promise?

As MINUSTAH’s withdrawal date draws near, Secretary-General António Guterres and the U.N. Security Council face a critical challenge. If Guterres exercises effective leadership and pushes member states to fund the $400 million plan by October, the U.N. stands to regain a great deal of the credibility it lost by refusing to take responsibility for the epidemic and respond for the harm done to the lives of the Haitian people. If he does not, both Haiti and the UN will suffer. The upcoming Security Council visit to Haiti is also a unique opportunity for that body to begin to pay off its debt and establish the basis for a new relationship with Haiti. We call on both to find the leadership that will rise to the circumstances, and to do so quickly. Only by fulfilling the organization’s true duties and resolving this disaster in Haiti will it be possible to recover the principles and values that give the UN reason to exist.

How did the odometer get turned back?

Over 20,000 and counting, Haitians have died from cholera.

The calculations were altered so that those who died are reported as having died from “acute diarrhea” instead of cholera.

A rose by any other name!