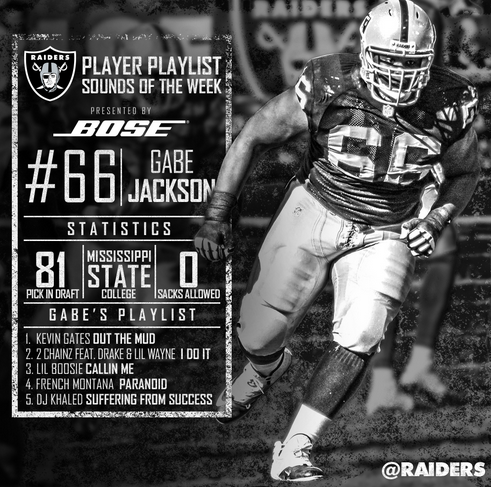 Derek Carr is an all-around good guy and $125 million isn’t going to change that. The 26-year-old quarterback discussed his plans to use his newfound fortune to help others during the press conference Friday announcing his recent extension.
“The exciting thing for me, money-wise, honestly, is this money is going to help a lot of people,” said Carr. “Not only in this country, but in a lot of countries around the world. That’s what’s exciting to me.”
The young quarterback’s philanthropic nature has been well documented. In April of last year he took a trip to Haiti, which he detailed on his Facebook page:

The trip obviously had a profound effect on Carr, as he has discussed it multiple times since, including at today’s press conference.
“I’ve been down to Haiti and I’ve seen some of the struggles that they have and the kids there,” he said, “and my heart just…I cry sometimes thinking about it.”
Carr continued his support for Haiti in August of last year according to the Love A Child website, which thanked him and his wife Heather for sponsoring a young burn victim named Dimelia’s trip to the U.S. for medical attention.
“I have a heart for Haiti,” he said on the Colin Cowherd show in January. He told the FS1 host that helping people is what motivates him, not lifestyle changes. “It’s not for me. I wear the same clothes that I’ve had since college.”
As Levi Damien noted earlier today, Carr insisted his contract be structured in a way that enabled management to sign other key players throughout the whole negotiation process .
“I didn’t want to hurt our team,” he said. “That’s the last thing I would ever want to do.”

More From Silver And Black Pride