Containment — the attempt to limit spread of a virus and even eliminate it — has failed. 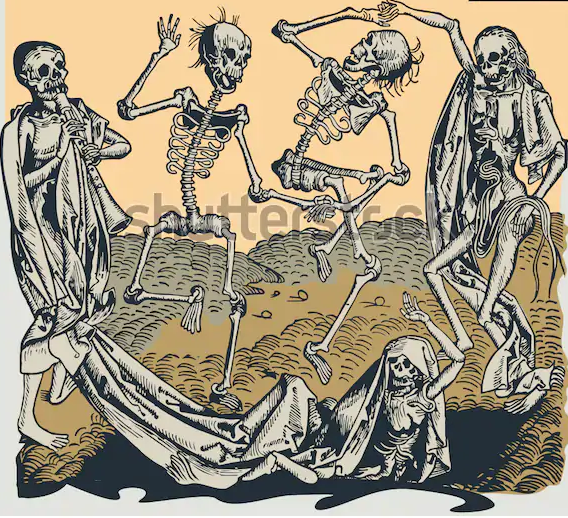 In 1918, a new respiratory virus invaded the human population and killed between 50 million and 100 million people — adjusted for population, that would equal 220 million to 430 million people today. Late last year another new respiratory virus invaded the human population, and the reality of a pandemic is now upon us. Although clearly a serious threat to human health, it does not appear to be as deadly as the 1918 influenza pandemic. But it is far more lethal than 2009’s H1N1 (swine flu) pandemic, and the coronavirus does not resemble SARS, MERS or Ebola, all of which can be easily contained.

About 15 years ago, after yet another global contagion — the so-called bird flu — emerged in Asia, killing about 60 percent of the people it infected and threatening a catastrophic influenza pandemic, governments worldwide began to prepare for the worst. This effort included analyzing what happened in 1918 to identify public-health strategies to mitigate the impact of an outbreak. Since I had a historian’s knowledge of 1918 events, I was asked to serve on the initial working groups that recommended what became known as non-pharmaceutical interventions, that is, things to do when you don’t have drugs.

They involve only advice constantly reiterated today: social distancing, washing hands, coughing into elbows, staying home when sick. None alone provides great protection, but the hope was that if most people followed most of the advice most of the time, the interventions could significantly reduce the spread of the disease, or “flatten the curve,” a phrase now all too familiar. This may sound simple, but it is not. As with a diet, people know what to eat but often stray; here straying can kill.

As we begin employing these interventions now, we need to recognize what they can and cannot accomplish. Containment — the attempt to limit spread of a virus and even eliminate it — has failed. China has achieved far more than the most optimistic models predicted, but its initial slowness in responding allowed the virus to spread globally. Once that happened, the virus could not be stopped. Right now it is circulating invisibly in developed countries as well as in developing ones with little public-health infrastructure. That means it is here to stay and will constantly threaten to reinfect even countries that initially control it.

The United States is now in a phase of intervention labeled “suppression” by the infectious-disease expert Michael Osterholm: identifying infected people, isolating them, tracing contacts and asking contacts to self-quarantine. Because its incubation period is longer than influenza’s, Covid-19, caused by the coronavirus, allows that time. Whether we use that time well will determine whether a month from now the United States looks like Italy, where the virus seems out of control, or South Korea, which seems to have gained control by testing more than 270,000 of its 51 million people.

Right now virtually every state in America is in suppression mode, but suppression has no chance of succeeding unless cases are identified. With the United States having tested only about 40,000of its nearly 330 million people — the worst record in the developed world — we are struggling to catch up, which will take weeks, all while the virus spreads, possibly so widely that it becomes entrenched and impossible to suppress. Nonetheless, suppression is worth trying because even partial success will slow the virus, giving us precious time to develop therapeutic drugs and vaccines.

Assuming suppression fails, we must initiate aggressive mitigation, where communities try to lessen the impact of the disease. The crucial statistic from China is that the case fatality rate inside Wuhan is 5.8 percent but only 0.7 percent in other areas in China, an eightfold difference — explained by an overwhelmed health care system. That illustrates why flattening the curve matters; lessening stress on the health care system, especially the availability of intensive care beds, saves lives.

Saying that is easier than doing it. The difficulties lie in timing and compliance. Analysis of when cities in 1918 closed schools, saloons and theaters; banned public events; urged social distancing and the like demonstrated that intervening early, before a virus spreads throughout the community, did flatten the curve. That’s why cities like New York and Los Angeles have closed schools and the Centers for Disease Control and Prevention has recommendedthat all events of more than 50 people be canceled for the next eight weeks.

But this raises another issue: compliance. The need for early intervention was well known in 1918. The Army surgeon general demanded “influenza be kept out” of the basic-training camps, where new soldiers were being prepared to fight in World War I. “Epidemics of the disease can often be prevented,” he said, “but once established they cannot well be stopped.” He barred civilians from the camps and ordered that soldiers entering them be quarantined, soldiers showing symptoms be isolated and whole units quarantined if several soldiers were ill. Of 120 camps, 99 imposed those measures.

But an Army study found no difference in morbidity and mortality between camps that did and did not follow orders, because over time most became sloppy. Further investigation found that only a tiny number of camps rigidly enforced measures.

For interventions to work, people have to comply and they have to sustain that compliance; most of that depends on voluntary efforts and individual behavior. Army camps in wartime failed to sustain compliance, so it will be an enormous challenge for civilian communities in peacetime to do so. At the height of the H1N1 outbreak, Mexico City urged mask usage on public transit and distributed free masks. Usage peaked at 65 percent; 10 days later it was at 10 percent.

Today we are still trying to stop the disease from becoming deeply entrenched. If that fails, we will need tougher measures. Scott Gottlieb, a former commissioner of the Food and Drug Administration, has talked of states’ shutting down their economies. “That’s what’s going to need to happen,” he said. “Close businesses, close large gatherings, close theaters, cancel events.” All of that happened in 1918 in most cities. On Monday, after initially calling for limiting gatherings to 250 people — a recommendation based on a desire not to disrupt rather than on modeling — the federal government finally recommended that no more than 10 people gather.

But many cities and states have yet to take stringent action. They should, and now.

In 1918 many cities imposed restrictions, lifted them too soon, then reimposed them. Covid-19’s average incubation period is more than double influenza’s, so compliance may have to be sustained for months, and openings and closings may also have to be repeated. Again, if the public is going to comply over time, they will have to be led, inspired or compelled.

That brings us back to the most important lesson of 1918, one that all the working groups on pandemic planning agreed upon: Tell the truth. That instruction is built into the federal pandemic preparedness plans and the plan for every state and territory.

In 1918, pressured to maintain wartime morale, neither national nor local government officials told the truth. The disease was called “Spanish flu,” and one national public-health leader said, “This is ordinary influenza by another name.” Most local health commissioners followed that lead. Newspapers echoed them. After Philadelphia began digging mass graves; closed schools, saloons and theaters; and banned public gatherings, one newspaper even wrote: “This is not a public health measure. There is no cause for alarm.”

Trust in authority disintegrated, and at its core, society is based on trust. Not knowing whom or what to believe, people also lost trust in one another. They became alienated, isolated. Intimacy was destroyed. “You had no school life, you had no church life, you had nothing,” a survivor recalled. “People were afraid to kiss one another, people were afraid to eat with one another.” Some people actually starved to death because no one would deliver food to them.

Society began fraying — so much that the scientist who was in charge of the armed forces’ division of communicable disease worried that if the pandemic continued its accelerating for a few more weeks, “civilization could easily disappear from the face of the earth.”

The few places where leadership told the truth had a different experience. In San Francisco, the mayor and business, labor and medical leaders jointly signed a full-page ad that read in huge all-caps type, “Wear a Mask and Save Your Life.” They didn’t know that masks offered little protection, but they did know they trusted the public. The community feared but came together. When schools closed, teachers volunteered as ambulance drivers, telephone operators, food deliverers.

Compliance today has been made vastly more difficult by the White House, echoed by right-wing media, minimizing the seriousness of this threat. That seemed to change on Monday. But will President Trump stick to his blunt message of Monday? Will his supporters and Rush Limbaugh’s listeners self-quarantine if called upon? Or will they reject it as media hype and go out and infect the community?

This is not a hoax.

John M. Barry is the author of “The Great Influenza: The Story of the Deadliest Pandemic in History” and a professor at the Tulane University School of Public Health and Tropical Medicine.

The Times is committed to publishing a diversity of letters to the editor. We’d like to hear what you think about this or any of our articles. Here are some tips. And here’s our email: letters@nytimes.com.