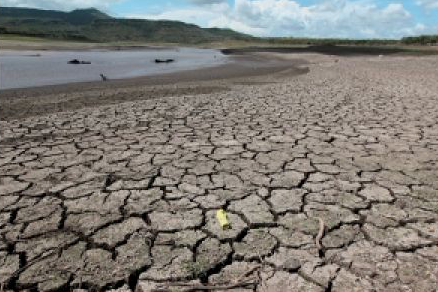 Farmers in the department of Artibonite are hit hard by a drought that has lasted for almost 6 months and that has already destroyed nearly 50% of the harvests of the winter season, according to estimates by Agronomist Renaud Géné, Departmental Director Agricultural. Géné emphasizes that this year the drought has reached particularly alarming proportions and that even water for livestock is scarce.

In the plain of Gonaïves, the losses are considerable. Without electricity for a month the pumps were not able to irrigate the fields causing the destruction of a good part of the leek and bean crops, a disaster for the peasant families who were counting on this harvest to pay the expenses school of their children…

Renaud Géné, aware of the difficulties faced by the farmers, ensure that measures, financed by partners, will be taken during the spring campaign to accompany them citing among others the seed subsidy and the implementation of labor-intensive work in order to enable farmers to have money to carry out their work.

In addition, he announced that with the support of the Inter-American Development Bank (IDB), 15 irrigation pumps, powered by solar energy, will be installed in the plain of Gonaïves, adding that others will also be installed on wells in Bonald and Petit Carénage (Anse-Rouge), in order to be able to irrigate as needed in any season and to avoid the damage of the drought which is accentuated with the global warming and the degradation of the environment and of plant cover in the country.