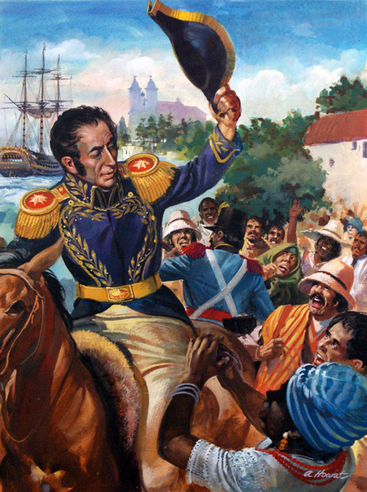 The American government is applying unfair pressures upon the Haitians in an effort to enlist Haiti’s support of America’s attack on Venezuela. It can be argued that an attack on President Maduro is not really an attack on Venezuela, but history will judge it as such.  If Haiti surrenders, and agrees to support an American move against Maduro/Venezuela in the OAS history will judge us badly.
Our association with the people of Venezuela is an old and mature one.
The Venezuelans view Haiti as the fountainhead of Bolivar’s thrust to eliminate Spanish control in South America.
The American government is mounting a very heavy, and threatening campaign, against the Haitian government, demanding our vote against Venezuela in the upcoming OAS confrontation.
This is unfair.
Haiti has a very special place in Venezuelan memory and this will be forever tarnished if we allow immediate problems, for the American, into our intimate family, and Venezuelans are a part of our family.
The Americans may not have liked Chavez, but Chavez did a great deal for our Nation and this can never be forgotten.
Even as the American government attacks the government of Venezuela, it buys a fortune in petroleum from their target.
This could be labeled as PRAGMATIC HYPOCRISY.
Do not let hypocritical, and passing irritants, like American Senator Rubio,and Venezuelan President Maduro, damage Haiti’s long-term relationship with Venezuela.
Haiti must not join the American’s thrust against Venezuela in the coming OAS confrontation.
And the American government should understand our position, and respect it.