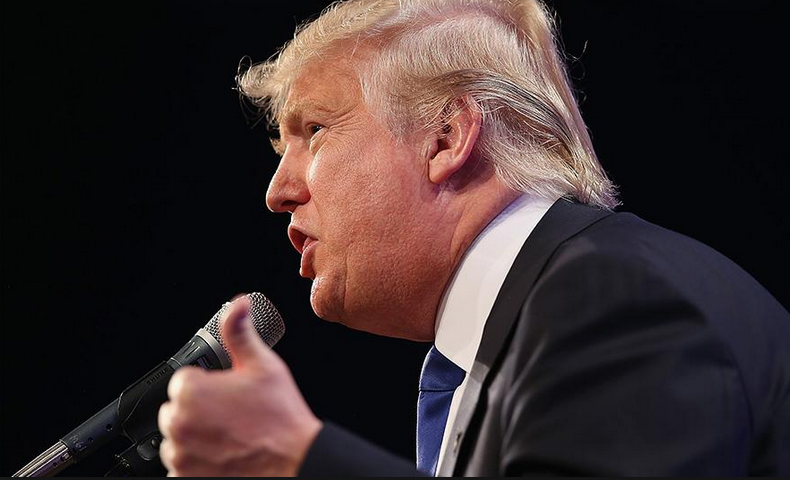 Sixteen U.S. Senate Democrats, including Elizabeth Warren of Massachusetts and Minority Leader Charles Schumer of New York, are urging the Trump administration not to return tens of thousands of Haitians to Haiti as the head of U.S. Citizenship and Immigration Services is recommending.

James McCament, the acting director of U.S. Citizenship and Immigration Services, is calling for Temporary Protected Status, the immigration relief that has allowed 58,000 Haitians to live and work freely in the United States without fear of deportation, to be terminated as early as January.

McCament made the recommendation to U.S. Department of Homeland Secretary John Kelly in an April 10 memo obtained by the Miami Herald. He argues that “conditions in Haiti no longer support its designation” for temporary protection/. He said the benefit, which expires July 22 for Haitians, should be extended for six months and then terminated. 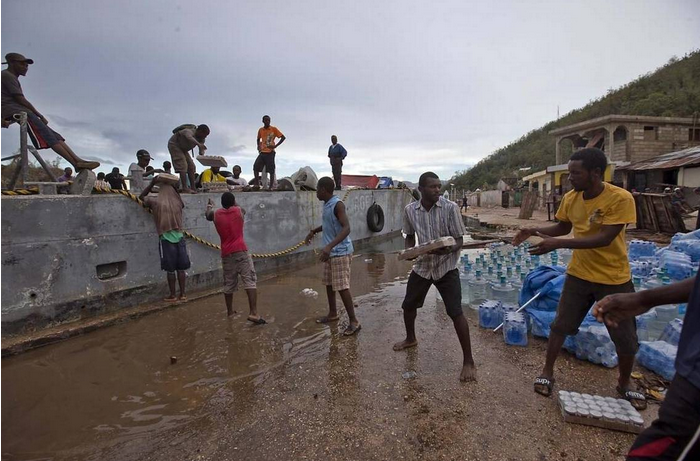 The senators, including Sen. Bill Nelson of Florida, are calling on Kelly and U.S. Secretary of State Rex Tillerson to extend the benefit beyond McCament’s recommendation.

First issued by the Obama administration following Haiti’s devastating Jan. 12, 2010, earthquake, the immigration relief, known as TPS, has been extended every 18 months since.

“An extension is necessary to allow Haiti to fully recover from the damage of the January 2010 earthquake and October 2016 hurricane, and to provide security to Haitians living in the United States,” the senators wrote. “Given Haiti’s many challenges, the United States’ focus should be to prioritize disaster assistance and recovery, not to return Haitian nationals to a country lacking the capacity to support them.”

Homeland Security and the White House have refused to comment about McCament’s recommendations. Haiti’s new government hasn’t said whether it will fight the recommendations, as some activists have called on it to do.

Haiti was hit was heavy rains this week in a region already struggling to rebuild after last year’s Hurricane Matthew. A humanitarian crisis also is brewing in the same area. In the Grand’ Anse, food and housing shortages have led to deaths, and some residents have sought shelter in caves. Authorities also report that 20 percent of the children in the region have not been able to return to school since Matthew created $2.8 billion worth of damage to agriculture and infrastructure with its 140 mph winds and heavy rains.

On Thursday, the University of Miami was scheduled to host a town hall on Matthew featuring a panel discussion with the mayor of Anse d’Hainault, one of the severely hit cities. The town hall also would examine research by the Interuniversity Institute for Research and Development on Haiti’s continung recovery and reconstruction from the storm. 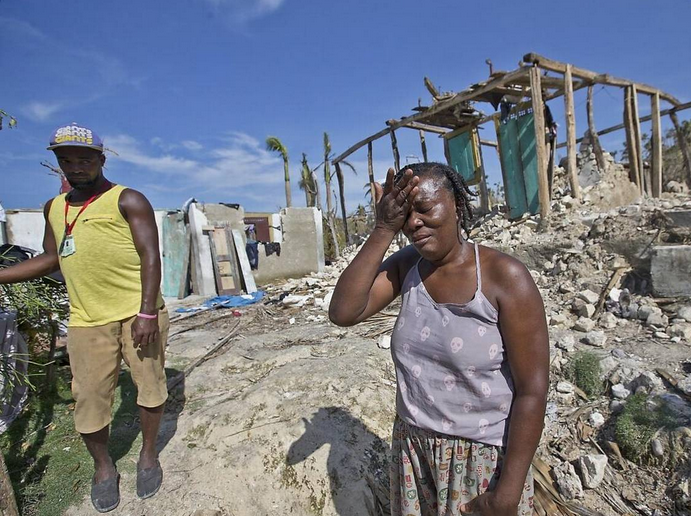 Prior to McCament’s memo, 10 members of the South Florida congressional delegation sent a bipartisan, bicameral letter to Homeland Security pushing for an extension of the immigration protection.

After the memo was made public, Miami Republican Sen. Marco Rubio, along with Rep. Ileana Ros-Lehtinen, R-Miami, and Rep. Frederica Wilson, D-Miami, who visited Haiti after Matthew to survey the damage, reiterated their call.

“We saw firsthand the devastation and the severe damage caused to the infrastructure of the impacted areas,” Ros-Lehtinen said. “Haiti is still suffering from the earthquake and cholera outbreak in 2010 and the hurricane in 2016 which has caused thousands to be displaced, so I would strongly urge Secretary Kelly to renew TPS for Haitians.”

Rubio also weighed in: “Circumstances on the ground in Haiti remain very difficult, and many Haitians who are currently residing in Florida and other parts of the U.S. are still trying to get back on their feet after their home country’s terrible natural disasters. I earnestly hope the administration will take these concerns into account as they consider proposals to extend this temporary program.”

Seven years after the earthquake left more than 300,000 dead and 1.5 million injured and an equal number homeless, Haiti still hasn’t fully recovered. Billions of dollars in promised aid never materialized, and projects like a new $83 million State University Hospital that’s being financed by the United States and France are years behind schedule. More than 46,000 quake victims continue to live in tents and under tarps. 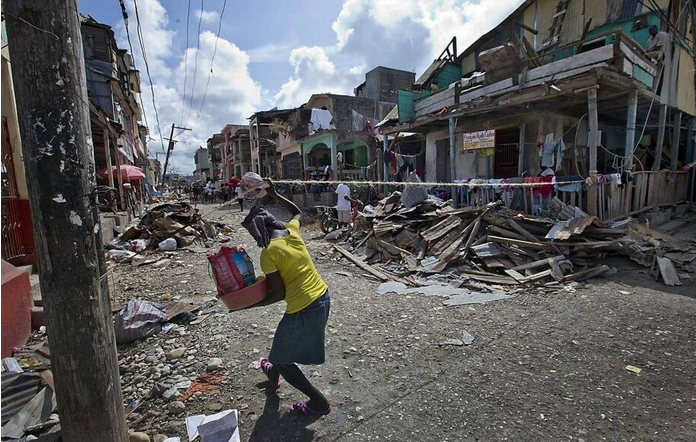 A woman ducks under a rope that was stretched across a street to keep traffic out in Jeremie, Haiti on Monday, October 10, 2016 after Hurricane Matthew uprooted trees, destroyed homes and farmlands in the western city.
PATRICK FARRELL pfarrell@miamiherald.com

Government ministers this week rushed to the southern region after days of non-stop, intense rain forced Haitians to evacuate their homes, flooded farmlands and caused a bridge to collapse.

The Civil Protection agency confirmed at least two deaths, and said hundreds of families have been affected by the adverse weather. It also said there was “considerable damage” to agriculture and infrastructure. Cholera, which has already killed more than 9,000 and infected more than 800,000, is also on the rise.

On Thursday, the advocacy organization, Haitian Women of Miami/Fanm Ayisen Nan Myami sent out an email blast asking Haitians and others to call on their elected officials as well as President Trump and Homeland Security to immediately extend TPS. They are seeking a 24-month extension.

“They are dedicated parents, home and business owners, teachers, nurses, entertainers and workers in general who have made this country their home for several years now,” the organization said. “Deporting them to Haiti is cruel, inhumane, and costly to taxpayers.” 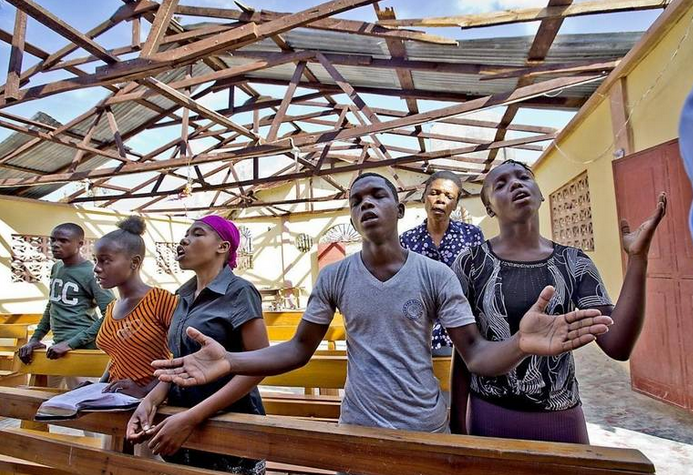 Jimmy Mondesir worships at the destroyed L’Eglise de Dieu on Sunday, October 9, 2016 outside of Port Salut in southern Haiti after Hurricane Matthew left it without a roof. PATRICK FARRELL pfarrell@miamiherald.com