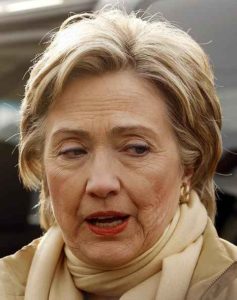 The State Department Bureau of Public Affairs announced that “Secretary of State Hillary Clinton will travel to Haiti on January 30 to consult with members of civil society, political actors, Haiti’s president and international partners on the ongoing electoral situation as well as reconstruction efforts.
In addition to meetings with Haitian President Rene Preval, Secretary Clinton will also meet with leaders of civil society and electoral candidates, the Special Representative of the United Nations and visit a cholera treatment clinic.”
According to the Wall Street Journal: Mrs. Clinton’s visit will pressure Jude Célestin, the candidate of the ruling party, to withdraw from the second round of the presidential election, Haitian officials said Friday.

While in country Secretary Clinton is most likely to face three scenarios:

1.     President Preval’s scenarios. While most of the INITE ruling party leadership has agreed to put aside Jude Celestin, their presidential candidate, and follow the country’s general consensus on how to move forward in order to avoid retribution or threats of unrest on February 7 (Preval’s last legal day in office), but President Preval has remained defiant.  With the support of Haiti’s elite business cartel, the Groupe de Bourdon, he is playing all sides and will focus on what happens on February 7 rather than explore electoral solutions.  President Preval has prepared two scenarios for his discussions with Mrs. Clinton.  First, he will try to convince her that he should remain in office after his term ends on February 7 until a new president is elected.  This scenario has no support in Haiti.  Everyone in Haiti and the Diaspora knows that if he tries that Haitians, who are fed up with his corruption, electoral manipulation and mismanagement, will kick him out.  Second, as a backup plan, Preval will try to call for the implementation of Article 148 of the constitution at the end of his term allowing his Prime Minister, Jean Max Bellerive, to remain in office with the same cabinet without a president.   By doing so, Preval will continue with his INITE associates to control the government and the electoral process. Preval traveled to the Dominican Republic last week to seek the support of President Fernandez for that scenario since Haiti’s current Prime Minister is very close to the Dominican establishment.  As a safety measure, Preval also negotiated with Fernandez his escape plan if the situation gets out control, which is what all Haitian analysts believe will happen if there is not a negotiated institutional solution in the next six days.  For Haitians, both of these tactics are unacceptable.

2.     Annulment of the Elections. The political parties and coalition that boycotted the elections, twelve of the presidential candidates and some senators have called for the annulment of the elections, the implementation of Article 149 of the constitution and the organization of general elections (President, 30 senators, 99 Deputies, 140 mayors) in six months.  Article 149 of the constitution will allow a member of the Supreme Court to become the provisional president at end of Preval’s term on February 7, 2011.  The members of the provisional government will not be allowed to run for office unless they resign six month prior to the elections.  Haitian political actors have widely agreed to this plan, but have not published a plan to date.  According to several of them this plan will be unveiled next week.  We will know at that time if they secured public support for this plan by next week.  This approach has been done successfully twice before.  First in March 1989 leading to the election of Jean Bertrand Aristide in December 1990 and in 2004 leading to the election of Preval in 2006.

3.     The Runoff Scenarios. The Organization of American States (OAS) issued a contested and largely discredited report in which they propose a runoff between two Presidential candidates, Michel Martelly, the candidate of the Repons Peyizan Party, and Mirlande Manigat the candidate of the RNDP party.  The report largely avoids the legislative elections that were even worse in terms of vote rigging by the ruling party according to a report issued by the 5,500 Haitian domestic observers.  This omission has increased the criticism of OAS report. OAS has very little credibility left in Haiti, particularly on electoral issues.  Their Electoral Observation Mission led by Ambassador Colin Granderson did a very poor job providing technical support during the pre-electoral period and on Election Day.  Two days after the elections, Ambassador Granderson gave a press conference claiming that very few places were subject to manipulations and announcing that he was certifying these elections.  The general consensus in-country is that a run-off between Martelly and Manigat should be held at the end of March or early April – in the interest of stability and with the caveat that new legislative elections should be organized in the next six months.  That scenario will also require the swearing in of a Justice of the Supreme Court on February 7, in accordance with Article 149 of the constitution.  It seems that this scenario is prevailing now.  Will this change next week with the unveiling of the transition plan and the call for the annulment of the elections?  We will need to wait and see.