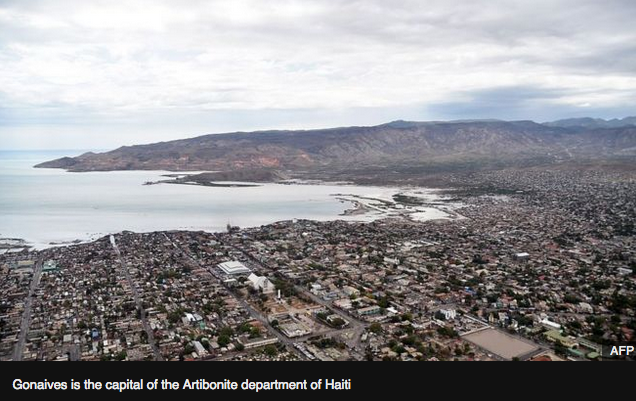 At least 34 people have been killed after a runaway bus veered into crowd in the Haitian city of Gonaives, officials say.

The vehicle first knocked over two pedestrians, killing one, French-language media report. The driver then tried to flee the scene.

He rammed the bus into a band of street musicians, leaving dozens dead, according to unconfirmed reports.

Gonaives is located 150km (90 miles) north of the capital, Port-au-Prince.

The incident on Sunday left dozens of people injured, who were quickly transported to hospital by the emergency services.

Witnesses gathered at the scene became hostile after seeing the driver attempt to flee, which caused further deaths and injuries, AFP reports, adding that they then tried to set the vehicle alight.
“The people who were not victims of the accident tried to burn the bus with the passengers inside,” said Faustin Joseph, a civic protection co-ordinator for the Artibonite region.

“The bus, the passengers and the driver were all placed into the care of the local authorities”, he added.

The vehicle was travelling to Port-au-Prince when it crashed into a rara parade, a traditional street celebration involving local musicians, in Gonaives, Reuters news agency reports.

It was not immediately clear what caused it to veer off course.

COMMENT: HAITIAN-TRUTH.ORG
Accident happened at 4 A.M. as bus was returning from Cap Haitian to  pick up passengers in Port-au-Prince for another run to Cap Haitian.
The driver was speeding when he ran into the crowd.
Speed is all too often the case of these major accidents in Haiti.
Should shoot a few of the drivers to reduce desire for speeding.
As it is. These accidents happen without any reaction.