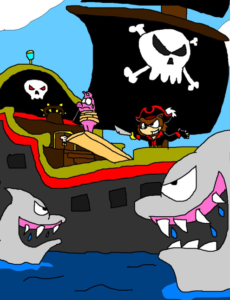 It would seems as though the State Department through Ambassador Pamela White, or by Ambassador White, on her own will, yet again, meddle in Haitian affairs to the detriment of our Nation: To the detriment of Democracy, that concept so important to the American way but a philosophy that can be betrayed whenever the need arises.

In effect, Haiti does not really possess a legal constitution.

Thank you Government of the United States!!

And now Ambassador Pamella White is said to have transmitted another illegal, unconstitutional demand that will be felt for a generation to come. She is said to insist that president Martelly generate a “Prolongation” of the term for sitting members of the Chamber of Deputies and the Senate.

Of course, this includes the Criminal Six Senators who have effectively blocked the Democratic Process for two years, creating untold hardship for Haiti’s 10,000,000 citizens.

Prolongation is better described as a continuation of corruption. It is illegal, unconstitutional and unwise. The people are not “represented” by these Deputies and Senators, who only look to politics as a way to make a living. One can see them lined up at Education or Affaires Sociales, looking to pick up checks for projects, in their specific districts. These checks are then deposited in the Senator/Deputy’s personal accounts for such necessities as mistresses, Land Cruiser and fine living.

To heck with their constituents.

Prolongation will leave the same Senatorial/Aristide impediments in place and the Executive/Martelly will have violated the Constitution.

Parliament should be allowed to expire, on the Constitutional basis, ending this criminal element’s tenure.

Martelly should then re-write the Constitution and ask the International Community for help in December elections he promises.

By providing a break in continuity we would have the opportunity to create a new political sector with representatives who really planned to help their communities, with a minimum of corruption.

In Haiti we will always have corruption, but there should be a limit.

At the moment, Senators and Deputies demand large payments in order to vote on anything. Senate President Desras was once paid $330,000 US for his ok on something: He purchased his house in Fermathe with these funds. Desras uses his Senate position as immunity against criminal charges for cocaine trafficking and kidnap. With prolongation, Justice will again be denied.

He should sit in jail, not our Senate.

President Martelly has struggled against all odds to give the Nation a better government than the ones experienced since 1986.

Haiti has been plunged into another needless, damaging period of chaos that can only set Haiti back, yet again.

Time for all of our friends to stand back, keep their hands off and let Haitians deal with Haitian problems.  We should be allowed to make our own mistakes. We should not be forced to live with the results of mistakes forced upon us by our American friends – again.