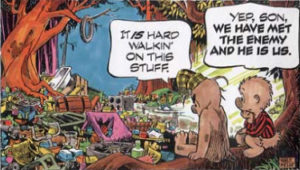 THE OLD SAYING “LOVE ME LOVE MY DOG” CAN BE SWITCHED TO “LOVE ME, LOVE SOPHIA” IN THE CASE OF PRESIDENT MARTELLY. UNFORTUNATELY, THE NON-ELECTED SOPHIA HAS BECOME HIS WORST ENEMY, THE NATION’S WORST ENEMY –  AND WILL BE THE REASON FOR HIS GOVERNMENT’S COLLAPSE.

SOPHIA HAS BECOME THE ENEMY!

Sophia is directly responsible for the departure of Haiti’s popular, successful, productive Prime Minister, Laurent Lamothe. She had been his enemy since day one and Lamothe only survived because of his close friendship with President Martelly.

Unfortunately, like water dripping on granite, the greedy Queen Sophia finally managed to wear away the resistance and we have been plunged into today’s chaos; A chaos that threatens everything President Martelly and Prime Minister Lamothe tried to create. Sure, they made some mistakes, but the balance sheet still shows a positive situation.

At least it did until Lamothe departed.

Since that moment we lost ground as Aristide and his MOPOD/Lavalas associates gained momentum.

Evans Paul has been selected as Prime Minister.

His one saving grace is his hatred for Aristide, a guy who tried to assassinate him. The old, “My enemy’s enemy is my friend…”.. should come into play here. Unfortunately, Queen Sophia, and a few others in the Palace, are working against Martelly to keep the Minister of Health Guillaume in place (unconstitutional) as Prime Minister. She is Queen Sophia’s dedicated servant and will probably perpetuate/support Sophia’s assault on Haiti’s treasury.

This type of stupidity will be the Coup de Grace for Martelly and the Nation.

Leave a few dollars in the treasury to buy rice and beans for our children.

Since Sophia is an American one might use the Constitution to send her on a holiday. If she returns to the States she will have to explain her recently acquired fortune to the Internal Revenue Service. The Mafia chief, Al Capone, was finally sent to jail – not for drug dealing, prostitutions, murder, or traffic violations. He was jailed for income tax evasion.
Article 56
An alien may be expelled from the territory of the Republic if he becomes involved in the political life of the country, or in cases determined by law.

As a Post Script one must look closely at the friendship between Pamela White, America’s ambassador, and Sophia Martelly.

There may be some elements in this relationship that have worked to the detriment of both Nations.
HAITIAN INTERESTS = AMERICAN’S INTERESTS AND THESE LADIES ARE IN CONFLICT WITH THIS CONCEPT.