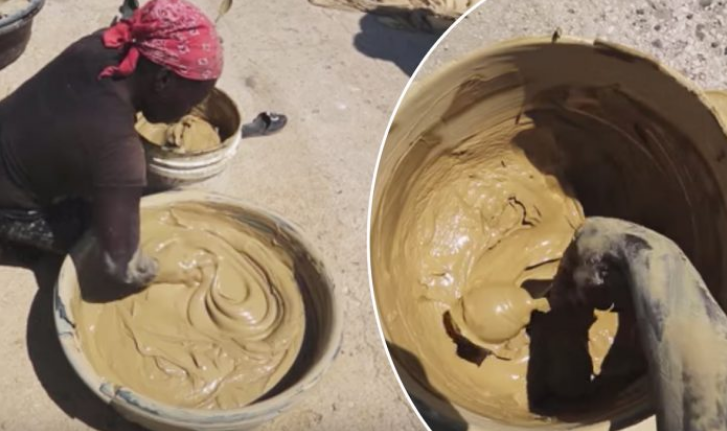 Millions of people in Haiticannot afford nutritious food, so many have had to resort to eating “cookies” made out of dirt in order to fill their stomachs. Providing no nutritional value, these mud cookies may increase the risk of malnutrition for the Haitians who eat them. However, many adults are sometimes too ashamed to eat them, but children often seem to enjoy them.

As an impoverished country without a stable government, Haiti is a country where nearly 3 million people don’t have enough to eat. Hunger is becoming a serious issue. While the wealthiest 10 percent of Haitians earn 70 percent of the nation’s total income, most Haitians live on only $1 or $2 or less per day. Many adults and even more children suffer from malnutrition. 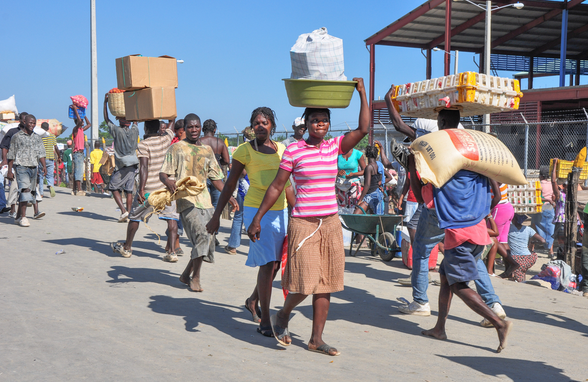 Nutritious foods such as fruit and other staples are often considered luxury items among many in Haiti. In order to survive difficult times, some Haitians have resorted to a generation-old recipe of mixing salt, vegetable oil, and dirt to make what locals call “bon bon terres”—or mud cookies.

In Haiti, citizens make a living making edible cakes out of mud to counter the severe poverty and hunger they face. (REUTERS)

The ladies work the “batter” based on a recipe that goes back generations. “Bon bon terres” are made of a mixture of salt, vegetable oil, and dirt. The mud is spread out on the ground often in filthy conditions to dry in the sun. 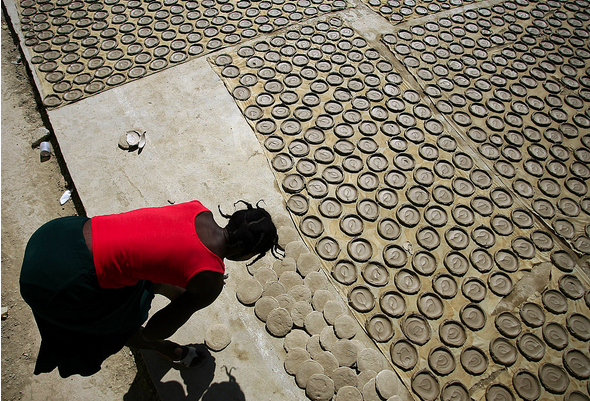 After the ladies have finished mixing the “batter” by combining dirt with water, the cookies are formed on the ground and allowed to dry in the sun. In certain parts of Haiti, selling these mud cookies is the main source of income. The dirt is trucked in from an area in the mountains, and the ladies who make them believe it is rich in vitamins and minerals such as calcium.

“It’s a necessary evil,” said Denies. “I’m in a bad situation, and that’s why I make them. It hurts my heart, but I have no choice. We’re forced to eat it. It makes us sick, but not the way it would to anybody who’s not used to eating it.” 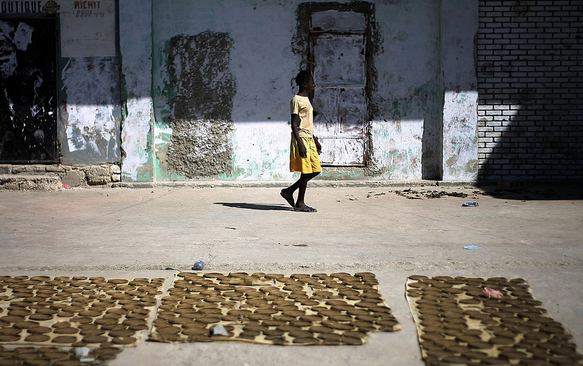 Experts say that eating the mud cookies may have a negative effect on health, increasing the risk of tooth decay, soil-borne disease, malnutrition, or worse. The future of Haitians and the children especially seems bleak, for lifting the country out of poverty is next to impossible without money or a stable government.