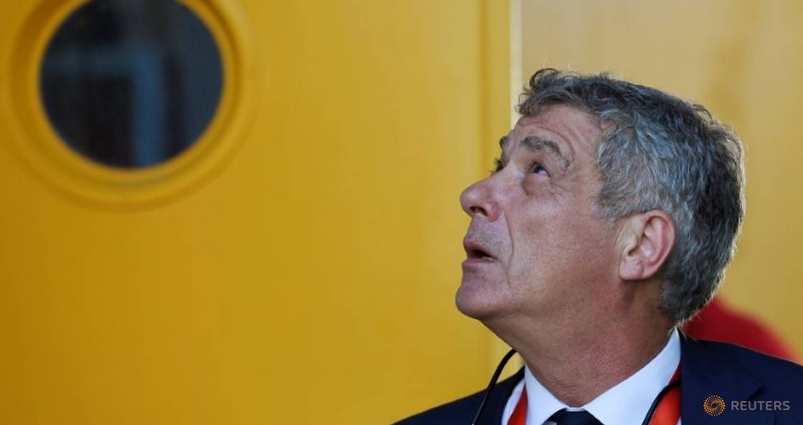 Madrid, July 18 (IANS) The President of Spain’s football federation, his son, and the organisation’s Vice President were arrested on Tuesday amid a corruption investigation ordered by the country’s national courts

Madrid, July 18 (IANS) The President of Spain’s football federation, his son, and the organisation’s Vice President were arrested on Tuesday amid a corruption investigation ordered by the country’s national court, according to judicial sources.

Angel Maria Villar has headed the Royal Spanish Football Federation (RFEF), the governing body for the game in Spain, since 1988, while his son, Gorka Villar, was the General Director of the South American soccer confederation (CONMEBOL) between 2014-16, reports Efe.

“Laws must be obeyed, everyone is equal before the law and no one is above the law,” Spain’s Minister of Education, Culture and Sport, Íñigo Méndez de Vigo, told Spanish state broadcaster TVE upon learning of the arrests.

The RFEF’s Economic Vice President Juan Padrón Morales was also taken into custody as part of the so-called “Operation Soule” against alleged corruption at the highest levels of Spanish soccer, which included searches at the RFEF’s headquarters and Villar’s office.

The arrests were ordered by National Court magistrate Santiago Pedraz on the recommendation of anti-corruption prosecutors Inmaculada Violán and Esther González, following three months of telephone surveillance and a year-long investigation by the Civil Guard’s economic crimes unit.

The judge had uncovered evidence that those arrested could have derived personal benefit at the expense of the federation, a judicial source told Efe.

Wiretapped phone conversations allegedly showed the suspects conniving to fix lucrative deals, with the RFEF’s president allegedly awarding contracts to companies with ties to his son for their own self-enrichment and to the federation’s detriment.

The RFEF allegedly set up dozens of friendly international matches between the men’s national team and other countries in which Gorka Villar, a sports lawyer, made large profits.

A different court in Majadahonda (Madrid) was concurrently investigating Villar and other top RFEF executives for the alleged embezzlement of 1.2 million euros ($1.38 million) in public subsidies destined for educational projects in developing countries in Africa and Central America.

One of these projects was a sports school in Haiti as part of Spanish development aid following the devastating 2010 earthquake that ravaged the Caribbean nation, one of the poorest in the world.

The funds never reached Haiti and the school was never built, despite the fact that Villar signed a document for the Sports Council of Spain certifying that the money had arrived at its destination.

He later claimed that the signature was not his and that it had been forged.

Both were disqualified from their posts amid corruption scandals: the Swiss Attorney General’s office brought charges against Blatter regarding misappropriation and criminal mismanagement, while US federal prosecutors indicted 14 top-level FIFA officials in connection with wire fraud, money laundering and racketeering, which resulted in Blatter’s removal from office.

Meanwhile, Platini was accused of accepting a “disloyal payment” of $2 million from Blatter, prompting FIFA’s independent ethics committee to ban him from international soccer for eight years.

Judicial sources told Efe that some 10 arrests related to the RFEF case were expected in the coming hours, while both Villars and Padrón were set to appear before Pedraz in the coming days.

Next Thursday, the RFEF was scheduled to hold its annual assembly in which the calendar for the 2017/18 football season was to be established.

If the RFEF’s top officials were unable to attend the assembly due to the ongoing probe, it would constitute an unprecedented event in the history of Spanish football.