Oxfam has been severely criticised by the Charity Commission for the way it dealt with claims of serious sexual misconduct by its staff in Haiti.

The commissionsaid there was a “culture of poor behaviour” at the charity, and issued it with an official warning over its “mismanagement”.

Last year Oxfam was accused of covering up claims staff sexually exploited victims of the 2010 earthquake.

Oxfam accepted the findings, saying what happened in Haiti was “shameful”.

Claims first emerged in The Times last year that Oxfam employees, including former country director Roland van Hauwermeiren, used young prostitutes while based in Haiti after the earthquake.

An internal Oxfam investigation in 2011 led to four people being sacked and three others resigning, including Mr Van Hauwermeiren.

But a report published by Oxfam after the investigation failed to mention sexual exploitation.

The charity commission said the incidents in Haiti identified in 2011 were not “one-offs”, with evidence of behavioural issues as early as June 2010.

There were also issues at some of the charity’s UK shops – the report highlighted 16 serious incidents involving volunteers under the age of 18. 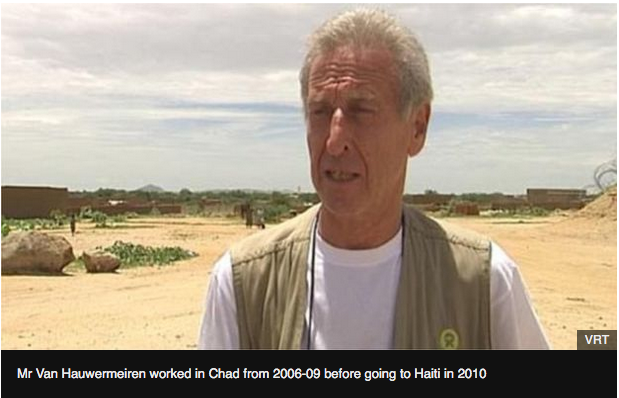 Tuesday’s report, which followed an 18-month investigation, found the charity failed to listen to warnings – including from its own staff, that it repeatedly fell below standards expected on safeguarding, and did not meet promises it made.

“Over a period of years, Oxfam’s internal culture tolerated poor behaviour, and at times lost sight of the values it stands for.”

Oxfam’s internal investigation into Haiti, following allegations by a whistleblower in 2011, could not conclude whether minors were involved in some of the incidents.

Two allegations of physical abuse, made by email from a 12-year-old and a 13-year-old girl, were “suspected” not to be genuine by Oxfam at the time.

The Charity Commission said Oxfam should have tried harder to substantiate the claims at the time, despite the lack of evidence.

Oxfam’s chair of trustees, Caroline Thomson, said the charity accepted the findings, describing them as “uncomfortable”.

“What happened in Haiti was shameful and we are deeply sorry,” she said.

“It was a terrible abuse of power and an affront to the values that Oxfam holds dear.”

She added: “We now know that the 2011 investigation and reporting of what happened in Haiti was flawed; more should have been done to establish whether minors were involved.”

The decision to allow Mr Hauwermeiren to resign without a fuller investigation into his conduct would not be permitted under current policies and practices, she said.

The Times had reported that Oxfam was aware of concerns about the conduct of Mr Van Hauwermeiren and another man when they worked in Chad before they were given senior roles in Haiti.

Ms Thomson added that every member of staff was being put through basic safeguarding training and 95% of them had already completed it. 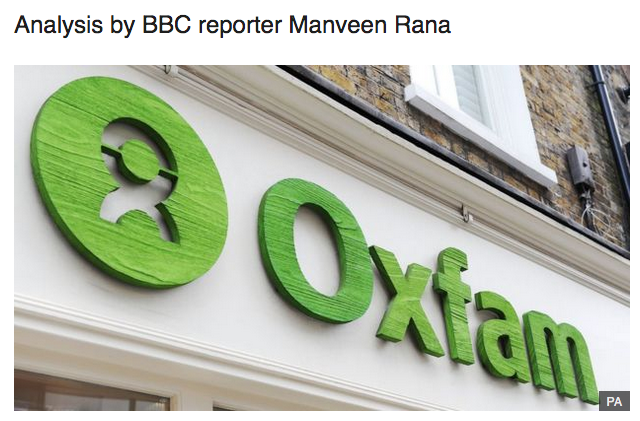 It’s rare to see such strong criticism of a charity.

The most stinging criticism was reserved for the way Oxfam was seen to be placing its own reputation – and its relationships with donors – above the need to protect victims.

The charity has been bleeding financial support since the story broke, losing 7,000 regular donors worth £14m.

It has also lost almost £20m in government funding over the last 18 months, and today’s findings won’t have done much to rebuild trust.

The report is incredibly strong and has done much to redress the Charity Commission’s own laxity over safeguarding in the past.

However, it was supposed to be published six months ago.

Faced with an avalanche of safeguarding complaints from across the charity sector, there are still questions about whether the commission has the resources to sufficiently investigate and hold charities to account in the future.

After the claims emerged, Haiti banned Oxfam GB from operating inside its borders and thousands of people stopped making regular donations to the charity.

Oxfam has also not been able to bid for government funding pending the outcome of the 18-month Charity Commission investigation.

The Department for International Development said decisions over its funding relationship with the charity would be made “in due course”.

International Development Secretary Rory Stewart said the revelations about Oxfam had “shone a light on fundamental problems”, adding that there were “no easy answers or room for complacency”.

The Charity Commission has instructed Oxfam, which has been under new chief executive Dhananjayan Sriskandarajah since January, to submit a plan on how it will address concerns about its previous conduct, in an effort to “repair public trust and confidence”.