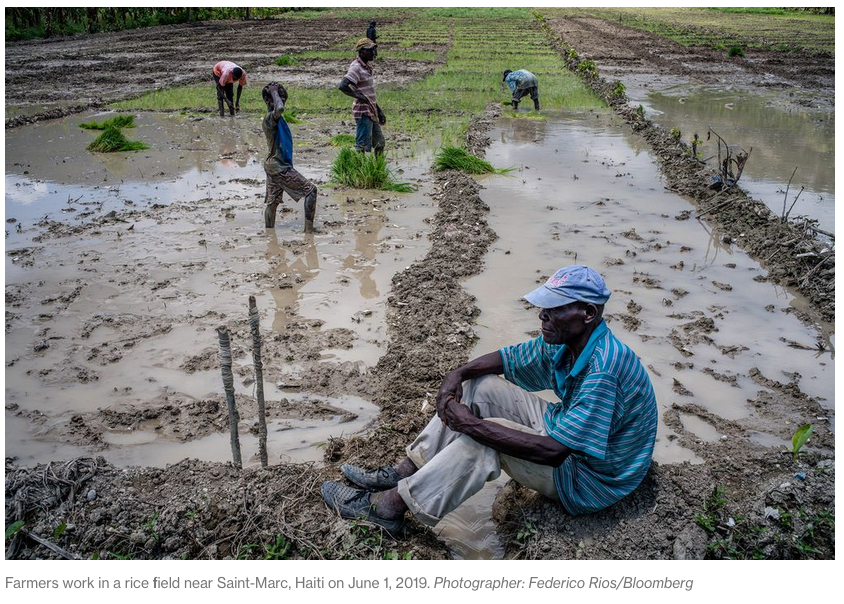 In Haiti’s historic breadbasket, a dozen farmers worked in ankle-deep water, stooped under a piercing blue sky in a lush region dominated for generations by rice fields, and more recently by roving bands of armed men.

The gunmen, linked to an infamous gang leader named Arnel Joseph, have been waylaying travelers in the Artibonite Valley, driving out police and even holding press conferences proudly displaying their firepower.

“Gang activities are increasing — and they can move freely from one place to another with no fear,” said Mario Andresol, a former presidential candidate and one-time head of Haiti’s national police force. “The police seem weaker than before, and it seems almost impossible for them to take action.”

Drivers fear to traverse the region’s main north-south highway, where motorists have been shot at and some wounded, and venturing east into the heart of the farming region is a desperate endeavor given gang-controlled lanes and villages. And rural anarchy is accompanied by urban unrest: In Port-au-Prince, residents over the weekend flooded the streets in deadly protests intended to topple President Jovenel Moise. 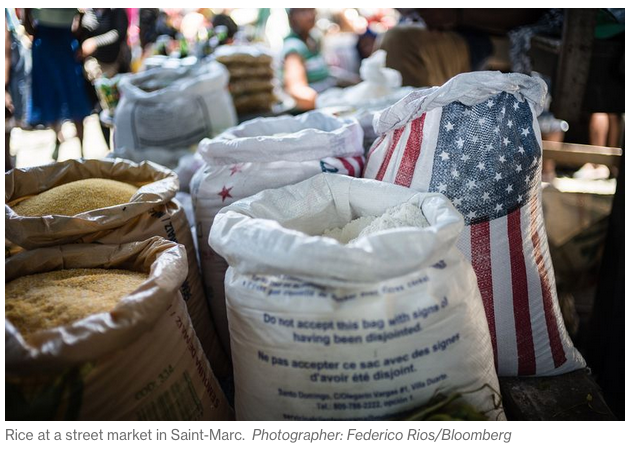 The turbulence wracking the valley — and even the capital — is in large part the outgrowth of tariff decisions made three decades ago that destroyed the local agricultural economy. They ravaged a relatively thriving part of a nation whose per-capita gross domestic product was only $760 in 2017, less than half that of Nicaragua, the hemisphere’s second-lowest. They drove thousands of rural residents to cities in search of nonexistent jobs.

As U.S. President Donald Trump unsettles the world’s trade regimen — raising tariffs rather than lowering them — the struggles are an extreme example of how peremptory changes to trade rules can have unforeseen consequences. Many here see a link between unrest across the country and policies foisted upon it by some of the world’s most powerful governments and financial bodies.

Areas like the Artibonite Valley, home to as much as 88% of total land under rice cultivation, were once an integral part of Haiti’s economic engine. During the early 1980s, the country produced more than 80% of its food.

In 1995, as part of an International Monetary Fund and World Bank-sponsored structural adjustment made with the support of U.S. President Bill Clinton, Haiti lowered tariffs on imported rice to 3% from 50%. Prices for the staple dropped slightly, but the country quickly became the world’s fifth-largest importer of U.S. rice and the backbone of its economy disappeared. Last year, Haiti was importing 80% of its rice as well, according the U.S. Agency for International Development.

“We don’t have a lot of materials to work with, and it gets harder every year,” said 63-year-old Wilner Jean, one of the cultivators working the fields in this community just outside the city of Saint-Marc, a little over 50 miles north of Port-au-Prince.

At Saint-Marc’s sprawling market, bags of rice bearing the logos of U.S. companies such as Arkansas’s Riceland Foods Inc. predominate, as they do throughout the nation.

Trade policies “have driven thousands of agricultural entrepreneurs and industries to bankruptcy because they couldn’t be price competitive and stay alive in front of cheaper goods from foreign markets,” said Etzer Emile, an economist and professor at the Universite Quisqueya in Port-au-Prince. “They pushed thousands of people to leave the rural area and migrate to urban areas.”

Those who fled to cities found themselves in a double bind. An early 1990s U.S. embargo that helped drive an oppressive military regime from power also wrecked the manufacturing industry, reducing the 100,000 factory jobs in the Port-au-Prince area to about 20,000 a little over a decade later.

Haiti had experienced “premature urbanization,” a state in which the agricultural sector was not productive and yet urban areas — where about half of Haiti’s population now lives — were not generating economic growth, according to a 2007 USAID study.

The lack of gainful employment either in the countryside or the cities led to an almost inexhaustible supply of young men whom the nation’s politicians use as muscle and to deliver votes at election time. With virtually every election of the past two decades denounced as illegitimate by the losing side and politics seen as an avenue to wealth, power and impunity, the so-called baz has never been short of work.

Only a few miles away from where Wilner Jean and his cadre were toiling in the fields, Joseph, the gang leader, has installed himself in power, driving security forces from at least two towns and robbing and kidnapping travelers on the nation’s main north-south road. Joseph until recently maintained regular phone contact with the region’s member of parliament, according to a legislative investigation. The connection is a stark illustration of the intimate links between the country’s brutal realpolitik and its economic devastation.

In a recorded video interview released Friday, Joseph spoke to a Haitian journalist, surrounded by heavily armed supporters, attempting to portray himself as a Robin Hood-like figure defending Haiti’s poor. “They say I am a gang leader who goes looking for trouble,” Joseph said. “They just want to kill me.”

Haiti hosted a United Nations peacekeeping mission from 2004 to 2017. Though the mission tried to professionalize Haiti’s police force and oversaw several elections, it did little to change the underlying culture of impunity that informs Haiti’s body politic, and its most lasting legacy is likely a virulent strain of cholera introduced to the island by Nepalese troops in its service.

The administration of Moise appears increasingly feeble, worn down by scandals.

A recent report by judges documented irregularities over several administrations in the spending of billions saved thanks to Venezuela’s PetroCaribe program, which sold poor countries crude oil but deferred payments. Moise, an agricultural entrepreneur from the country’s north, is mentioned in connection with a contract his business won to fix a road in a process that the report said was tainted by “collusion, favoritism and embezzlement.” Moise has called for an international body to investigate the spending of the funds. 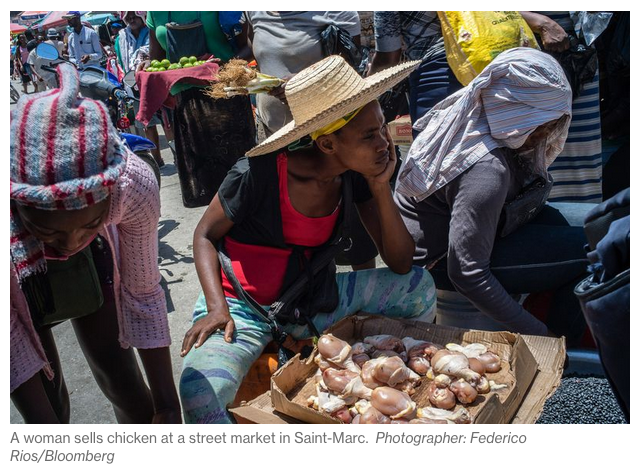 On Sunday, tens of thousands of demonstrators took to the streets in towns across Haiti to call for Moise’s ouster. At least two were killed and four injured, according to Radio Metropole.

The president’s opponents, many of whom have been accused of grievous crimes themselves, have vowed to drive him from power, but even some of those calling for him to step down acknowledge that his departure alone won’t solve Haiti’s ills.

“There needs to be a real dialogue,” said Jerry Tardieu, an opposition member of parliament for the city of Petionville. He said there must be “political agreement in order for the country to overcome the current impasse.”

Failed economic policies have perpetuated a dynamic that continues to destabilize the country and undercut its economic growth. Haitians hope that the current intense political ferment will open a window for change.

“The international community has their foot on our neck,” said Gilbert Mirambeau Jr., a 35-year-old filmmaker whose social-media activism helped spur a movement demanding a full accounting of the Petrocaribe funds. “This is a system that’s been there replicating itself for years, but now it’s on the verge of collapse, you can feel it, you can sense it.”