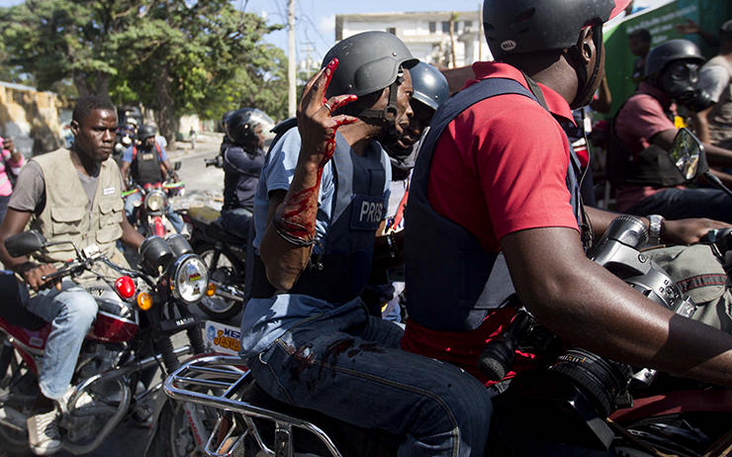 PORT-AU-PRINCE, Haiti – Attacks against journalists in Haiti are escalating, and the slaying of a radio reporter has prompted media organizations to renew demands that police protect them and give them space to work.

Unidentified gunman shot journalist Rospide Pétion as he drove home late Monday in a car owned by Radio Sans Fin. The 45-year-old reporter had just finished a radio program in which he talked about corruption allegations against the administration of President Jovenel Moise.

The shooting comes amid days of sometimes violent street protests calling for the resignation of Moise during which several journalists have been attacked. Some protesters say some media outlets are pro-government.

Pétion was married and had three children.