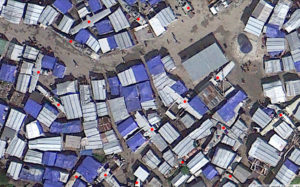 PORT-AU-PRINCE, Haiti –  A humanitarian agency in Haiti says the number of people still displaced by the earthquake three years ago is 320,050.

That’s a 79 percent decrease since the number of people living in settlements after the quake peaked at 1.5 million a few months after the 2010 disaster.

The International Organization of Migration also looks at recent departures from the camps.

The organization says about 60 percent of the 27,230 people who left during the past three months did so because of a government program that provides rental subsidies for those living in camps.

It says 6 percent of the departures were people who were evicted — something that typically happens when landlords want to get their land back.

The group released its report Monday.