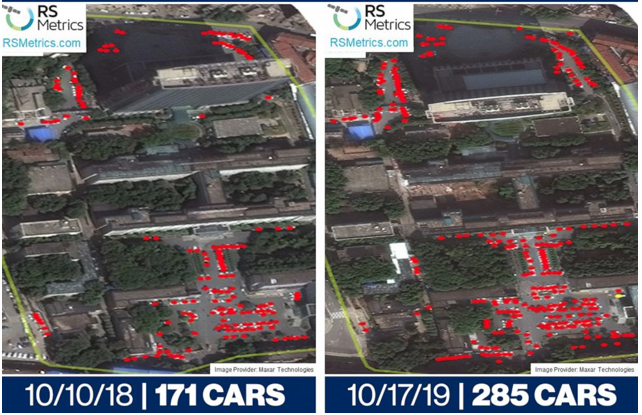 (CNN)Nearly half a million residents in the Chinese city where the novel coronavirus first emerged may have been infected with Covid-19 — almost 10 times its official number of confirmed cases, according to a study by the Chinese Center for Disease Control and Prevention (CDC).

The study used a sample of 34,000 people in the general population in Wuhan — the original epicenter of the pandemic — and other cities in Hubei province, as well as Beijing, Shanghai, and the provinces of Guangdong, Jiangsu, Sichuan and Liaoning to estimate Covid-19 infection rates.
The researchers found an antibody prevalence rate of 4.43% for Covid-19 among residents in Wuhan, a metropolis of 11 million people. As of Sunday, Wuhan had reported a total of 50,354 confirmed cases of Covid-19, according to the Wuhan Municipal Health Commission.
The study aimed to estimate the scale of past infections in a population by testing blood serum samples from a pool of people for coronavirus antibodies. Its findings are not taken to be final statistics of how many people in a given area have been exposed to the virus.
The Chinese CDC said the study was conducted a month after China “contained the first wave of the Covid-19 epidemic.” The prevalence rate outside of Wuhan is significantly lower, the study showed. In other cities in Hubei, only 0.44% of residents surveyed were found to have coronavirus antibodies.
Outside the province, antibodies were only detected in two people among the more than 12,000 residents surveyed.
The results of the study were revealed in a Chinese CDC post on social media Monday. It did not mention whether the study has been published in academic journals.

Yanzhong Huang, a senior fellow for global health at the Council on Foreign Relations, said the study points to a problem of underreporting in infections during the height of the outbreak in Wuhan, partly due to the chaos at the time and a failure to include asymptomatic cases in the official count of confirmed cases.
In January and February, patients with fevers flooded Wuhan’s hospitals, which lacked the manpower, testing kits and medical resources to diagnose and treat them. Instead, many were told to go home and self-isolate — some ended up infecting other family members, while others died at home without being recorded in the Covid-19 death tolls.
Underreporting is a problem faced by health authorities in many countries, often due to a lack of capacity and resources. Antibody studies conducted by researchers in other parts of the world also show the coronavirus was much more prevalent than official numbers suggest.
A study sponsored by the New York State Department of Health, for example, showed that by the end of March, one in seven New York adults had Covid-19 — about 10 times higher than the official account. In August, another study found coronavirus antibodies in more than 27% of the 1.5 million New York City residents tested. 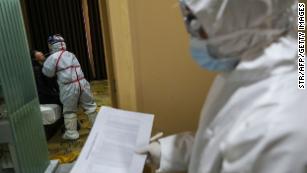 The Wuhan files: Leaked documents reveal China’s mishandling of the early stages of Covid-19
But in China, there is also the question of transparency, as officials gave the public more optimistic data than they had access to internally.
Since February 12, Hubei health authorities started to include “clinically diagnosed cases” in the count of confirmed infections. On that day, some 13,000previously undisclosed “clinically diagnosed cases” in the province were added to new confirmed infections, resulting in a nine-fold increase in daily cases from the previous day.
Leaked documents from the Hubei Provincial Center for Disease Control and Prevention presented earlier to CNN by a whistleblower showed prior to that day, authorities had reported “clinically diagnosed cases” internally, but did not reveal them to the public. Hubei authorities also publicly reported a lower count of confirmed cases and deaths on February 10 and March 7 than they recorded internally, the documents showed.
Authorities have also cracked down on citizen journalists who reported on the harsh reality of overflowing hospitals in Wuhan. On Monday, Zhang Zhan, a former lawyer who documented the outbreak at its height in Wuhan, was sentenced to four years in jail for “picking quarrels and provoking trouble.” Two other independent journalists — Li Zehua and Fang Bin — were also detained following their coverage of the outbreak.

The study highlights a huge contrast between the coronavirus antibody prevalence rates inside and outside of Wuhan.
Huang said the significantly lower rates in other Chinese cities suggest “Chinese containment efforts were indeed speedy and effective, especially compared to cities like New York.”
In an unprecedented bid to contain the rapidly spreading virus, Wuhan was sealed off from the outside world on January 23, with all flights, trains and buses canceled, and highway entrances blocked.
Inside the city, the government imposed a draconian lockdown. For more than two months, public transport in Wuhan was suspended, businesses were shut and millions of residents were confined to their homes and residential communities — not even allowed to go outside for grocery shopping. 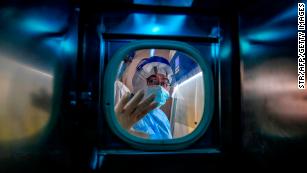 Lockdowns are being imposed around the world. China’s example highlights the costs
However the 76-day lockdown came at a huge cost to residents, especially those who needed to go to the hospital, as all public transport was suspended and there weren’t enough taxis available to patients.
Nevertheless, the sweeping measures have been heralded by the Chinese government as having allowed the country to turn a corner in its fight against the outbreak.
The Chinese CDC, meanwhile, also highlighted China’s victory in containing the virus when releasing the antibody study results on Monday.
“The results of the study show that our country’s population has a low infection rate. It indicates that China has succeeded in controlling the epidemic with Wuhan as the main battlefield, and effectively controlled the large-scale spread of the epidemic,” the agency said.