A pandemic atlas: How COVID-19 took over the world in 2020
By The Associated Press

Almost no place has been spared — and no one.

The virus that first emerged a year ago in Wuhan, China, swept across the world in 2020, leaving havoc in its wake. More than any event in memory, the pandemic has been a global event. On every continent, households have felt its devastation — joblessness and lockdowns, infirmity and death. And an abiding, relentless fear.

But each nation has its own story of how it coped. How China used its authoritarian muscle to stamp out the coronavirus. How Brazil struggled with the pandemic even as its president scoffed at it. How Israel’s ultra-Orthodox flouted measures to stem the spread of the disease, intensifying the rift between them and their more-secular neighbors.

Spain witnessed the deaths of thousands of elders. Kenyans watched as schools closed and children went to work, some as prostitutes. India’s draconian lockdown brought the rate of infection down — but only temporarily, and at a horrific cost.

At year’s end, promising vaccines offered a glimmer of hope amid a cresting second wave of contagion.

“The winter will be difficult, four long difficult months,” said Chancellor Angela Merkel, as she announced new restrictions on life in Germany. “But it will end.”

Journalists from The Associated Press around the world assessed how the countries where they are posted have weathered the pandemic — and where those countries stand on the cusp of year two of the contagion. 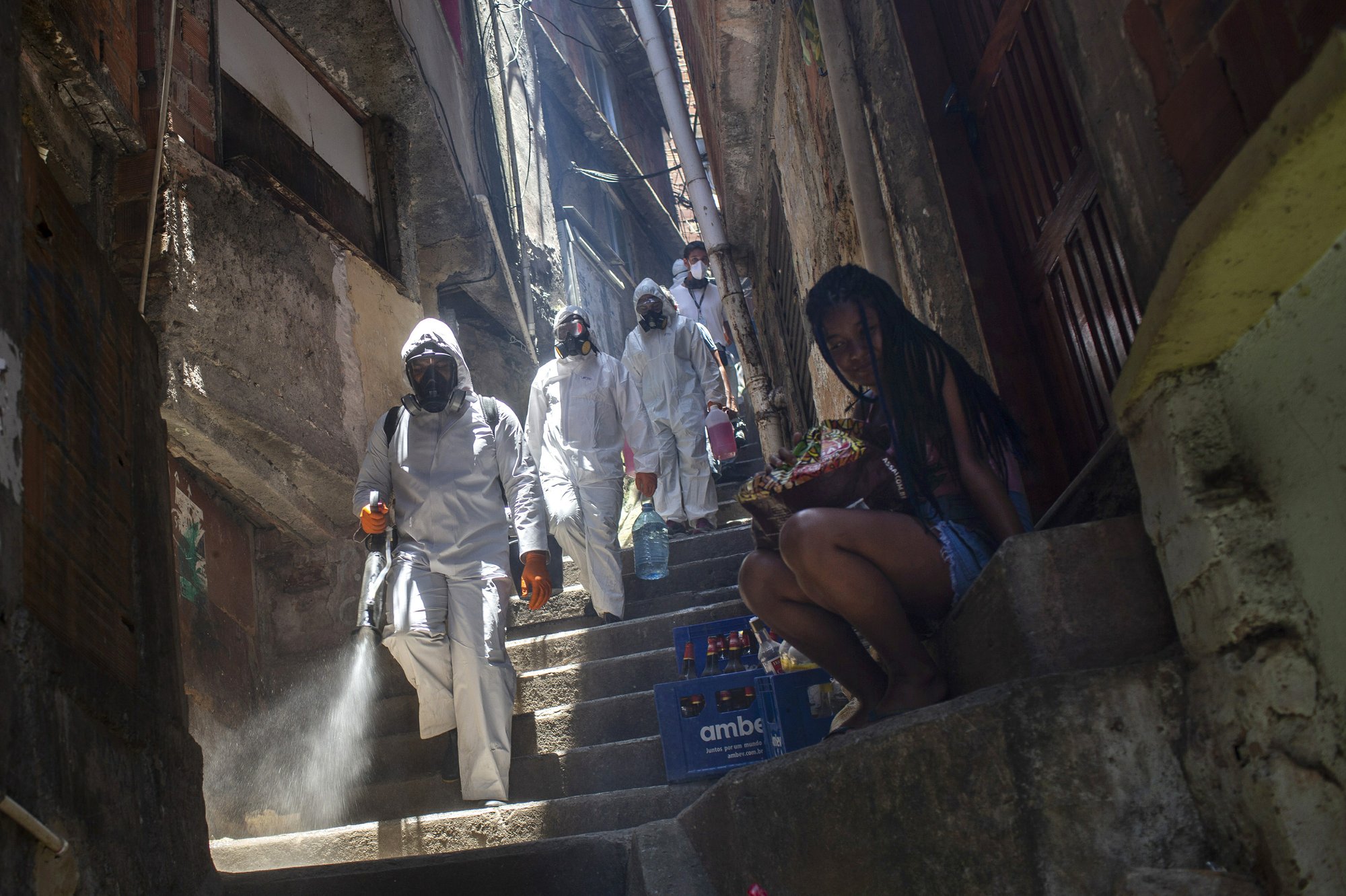 The story of COVID-19 in BRAZIL is the story of a president who insists the pandemic is no big deal. Jair Bolsonaro condemned COVID-19 quarantine, saying shutdowns would wreck the economy and punish the poor. He scoffed at the “little flu,” then trumpeted the fatalistic claim nothing could stop 70% of Brazilians from falling ill. And he refused to take responsibility when many did. He poured money into the economy to ease the pain of the pandemic. But while Bolsonaro could have inspired people to hunker down, he instead encouraged them to flout local restrictions. 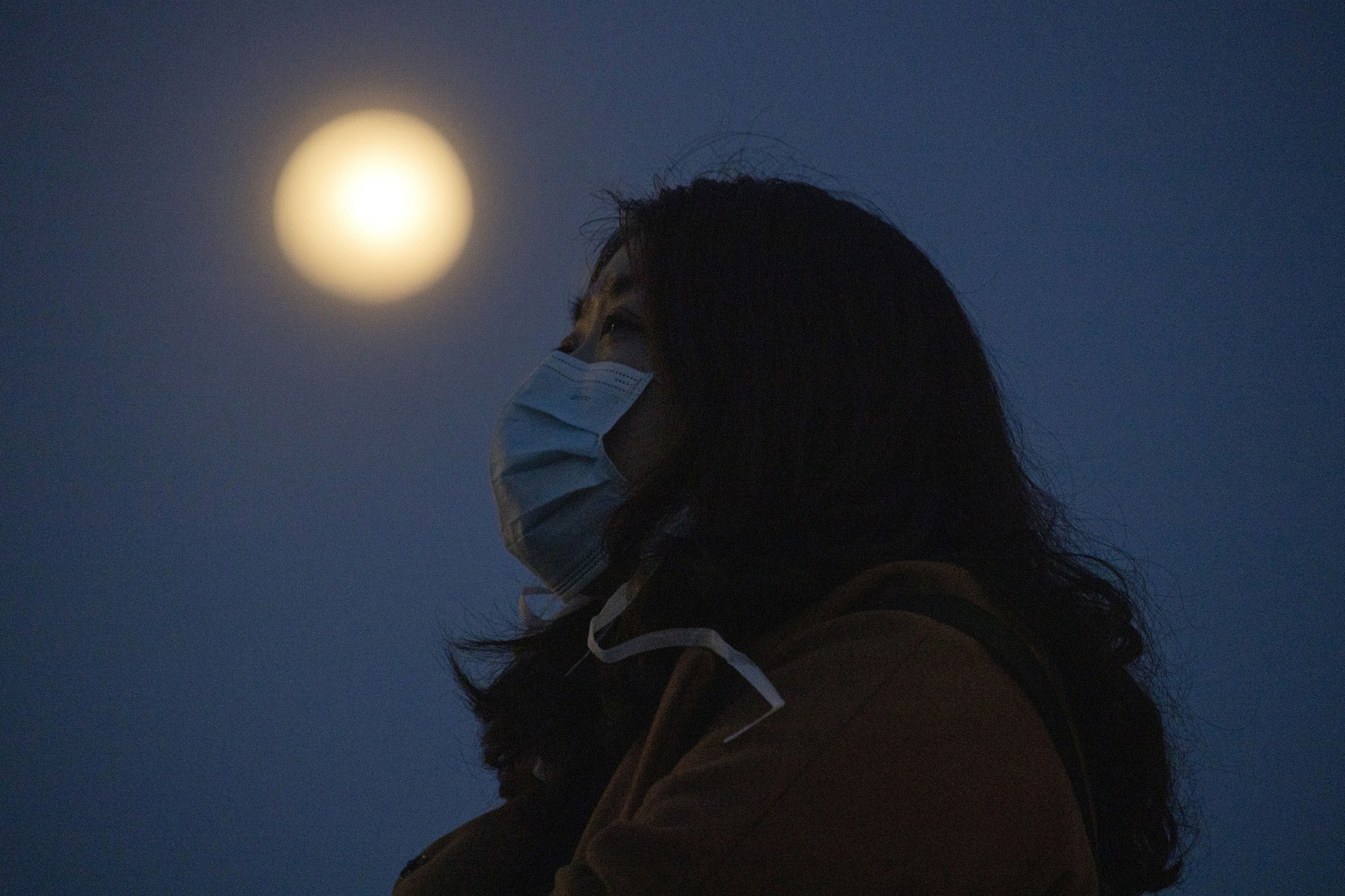 Workers have returned to factories and offices, students are back in the classroom and once again long lines form outside popular hot pot restaurants. In the cities, wearing a surgical mask — though no longer required outside of subways and other crowded places — has become a habit. In many ways, normal life has resumed in CHINA, the country where COVID-19 first appeared one year ago. China’s ruling Communist Party has retracted some of the most sweeping anti-disease controls ever imposed. The challenge is jobs: The economy is growing again, but the recovery is uneven. 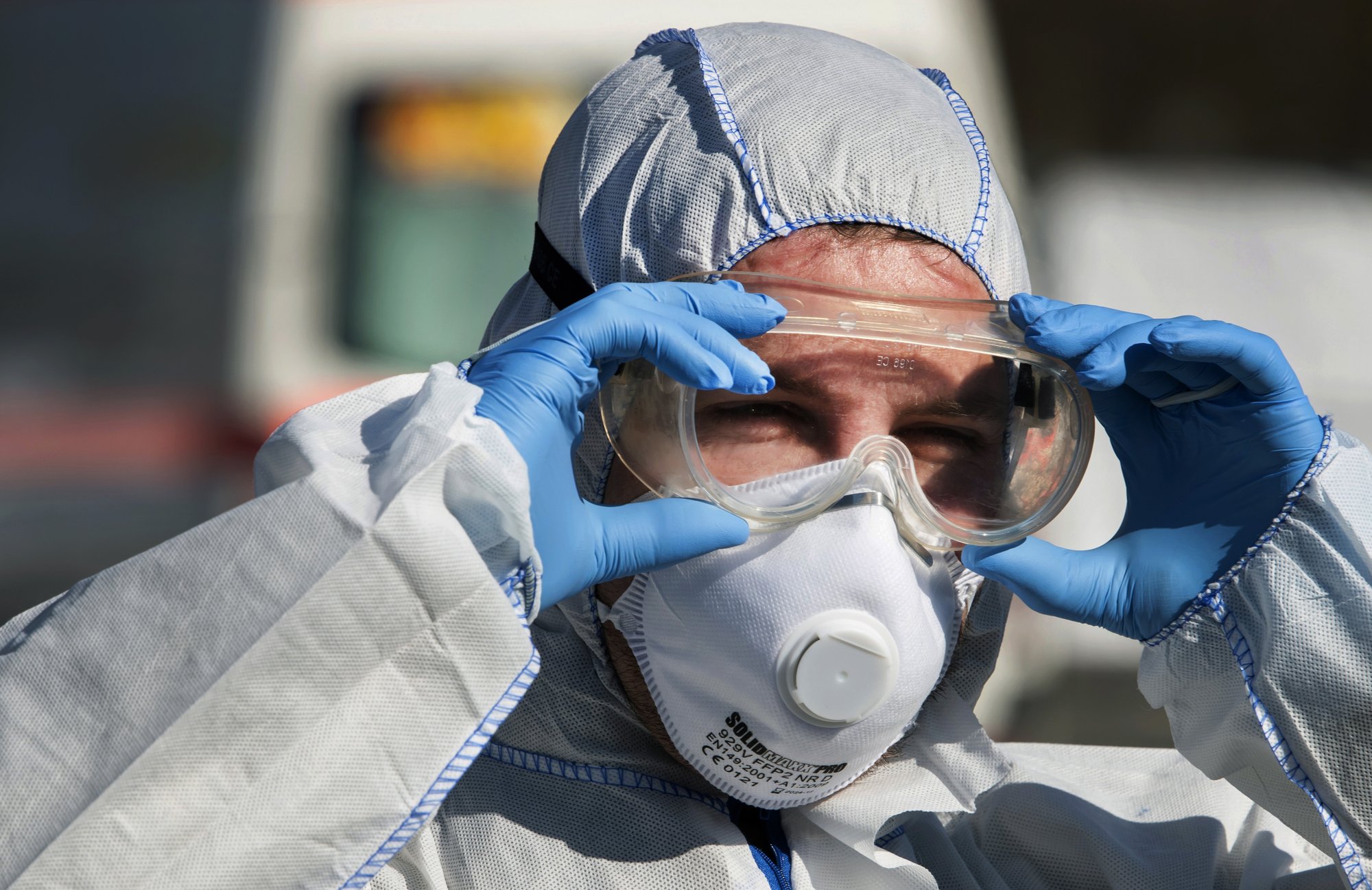 GERMANS enjoyed a largely relaxed summer with many restrictions lifted, the dividend of a rapid response to the initial coronavirus outbreak and a reliance on early and widespread testing that won wide praise. It brought the number of daily COVID-19 cases down from a peak of more than 6,000 in late March to the few hundreds by the warmer months. But as people grew lax in following the rules the numbers began to climb to nearly quadruple the March daily record, and the country now finds itself in a new lockdown as it tries to bring the pandemic back under control. 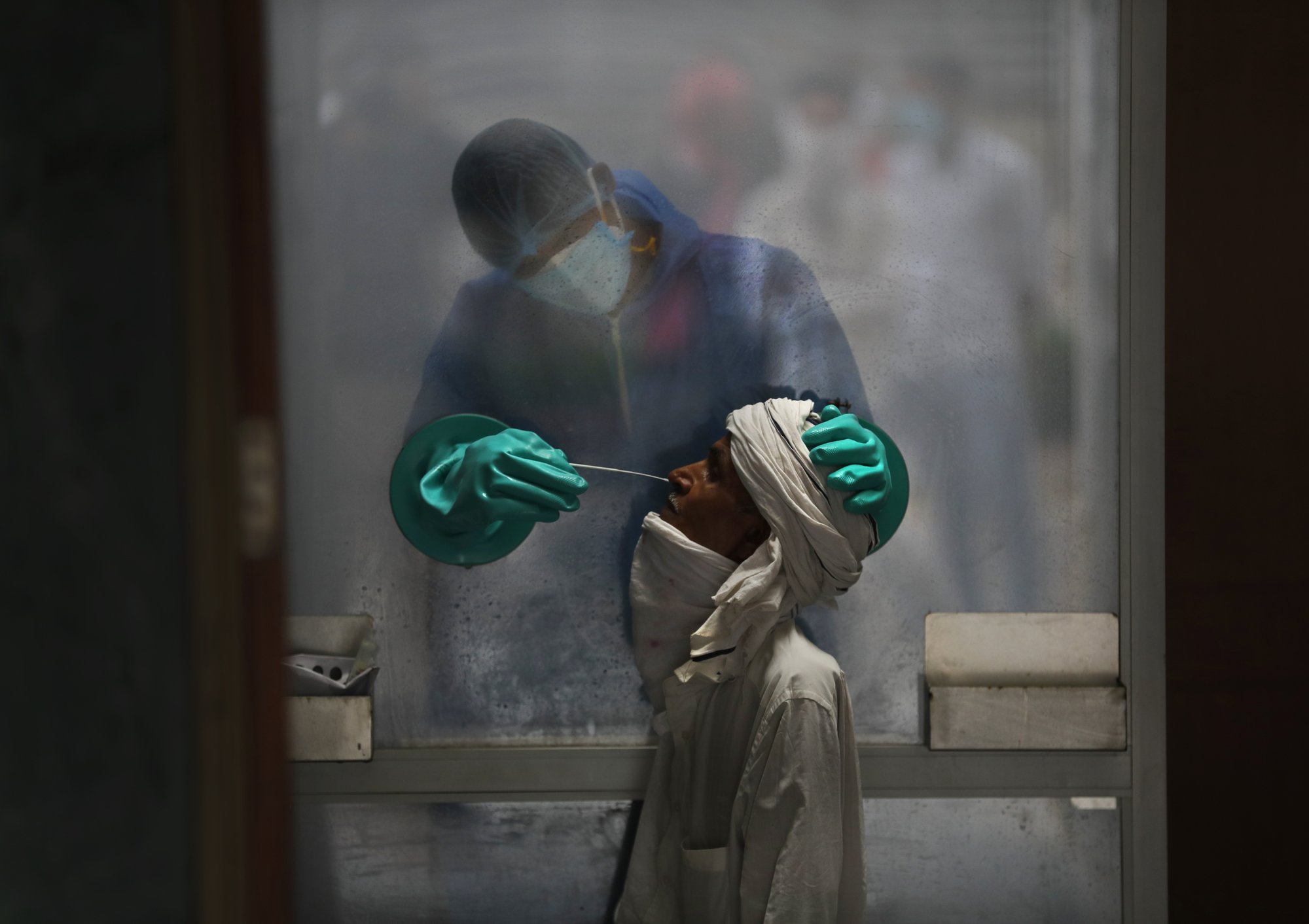 A nation of 1.3 billion people, INDIA is likely to emerge as the country with the world’s highest coronavirus tally. It responded to the pandemic early on with an abrupt nationwide lockdown, but the number of cases spiked as restrictions eased and its creaky public health system struggled to keep up. Questions have been raised about its unusually low death rate. India’s virus worries are also multiplied by its struggling economy that recorded its worst performance in at least two decades. It will be the worst-affected among the world’s major economies even after the pandemic wanes. 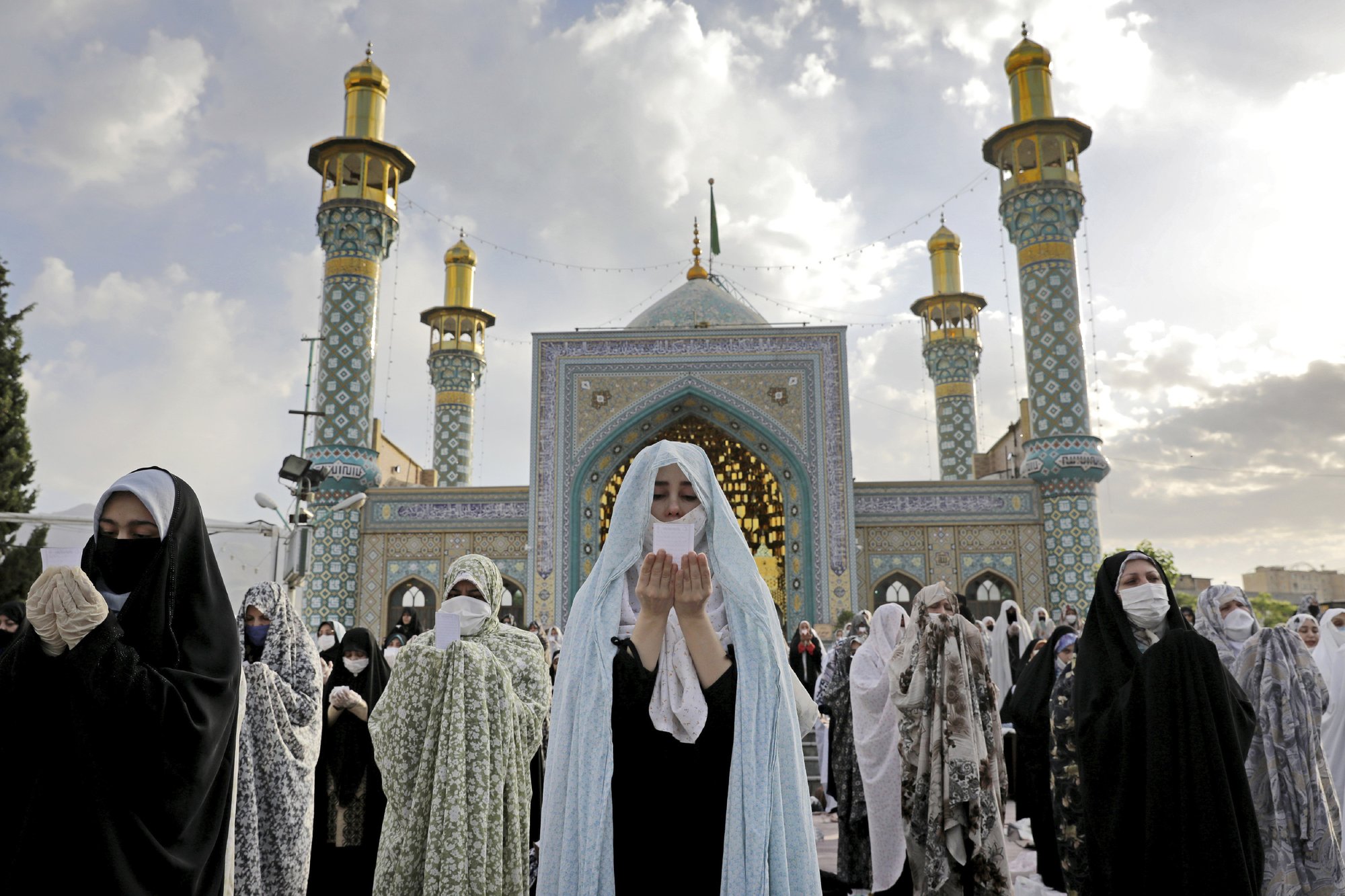 At the start, IRANIAN officials downplayed COVID-19 — denying the mounting toll of infections, refusing to close mosques, making half-hearted gestures at locking down businesses. That was then. This is now: Even Supreme Leader Ayatollah Ali Khamenei has worn disposable gloves while planting a tree for state media, and prayed in an empty mosque to mark the holy Shiite commemoration of Ashoura. The coronavirus pandemic has only grown worse in Iran in the course of the year, threatening everyone from the day laborer on the street to the upper reaches of the Islamic Republic. Now the virus has sickened and killed top officials, becoming perhaps Iran’s greatest threat since the turmoil and war that followed its 1979 Islamic Revolution. 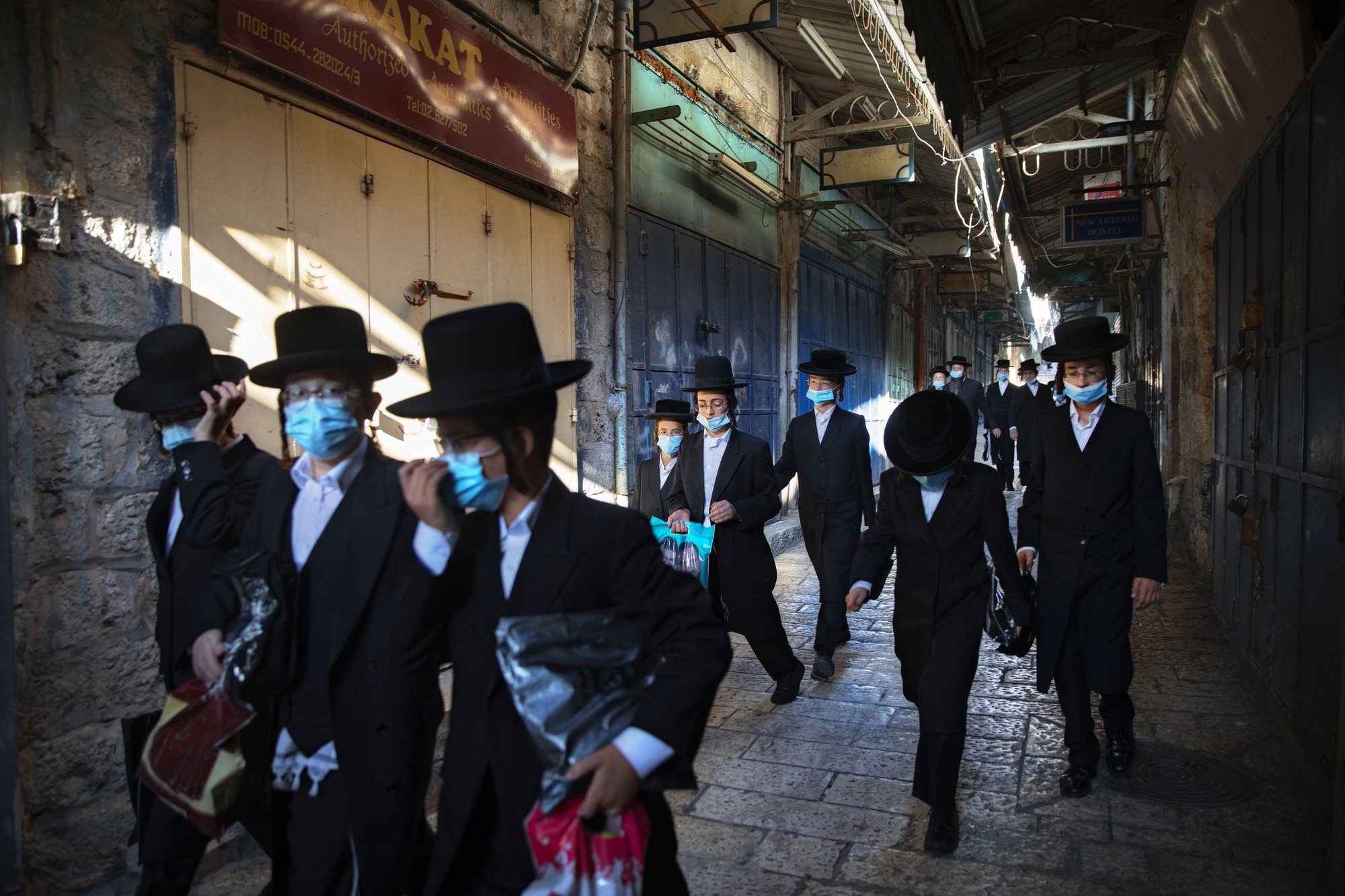 When ISRAEL went into its second nationwide coronavirus lockdown in September, most of the country quickly complied with the closure. But in some ultra-Orthodox areas, synagogues were packed, mourners thronged funerals and COVID-19 cases continued to soar. The flouting of nationwide safety rules in ultra-Orthodox areas reinforced a popular perception that the community prioritizes faith over science and cares little about the greater good. It also has triggered a backlash that threatens to ripple throughout Israeli society for years. Meanwhile, the neighboring Palestinian territories — the West Bank and the Gaza Strip — are coping with their own crises. 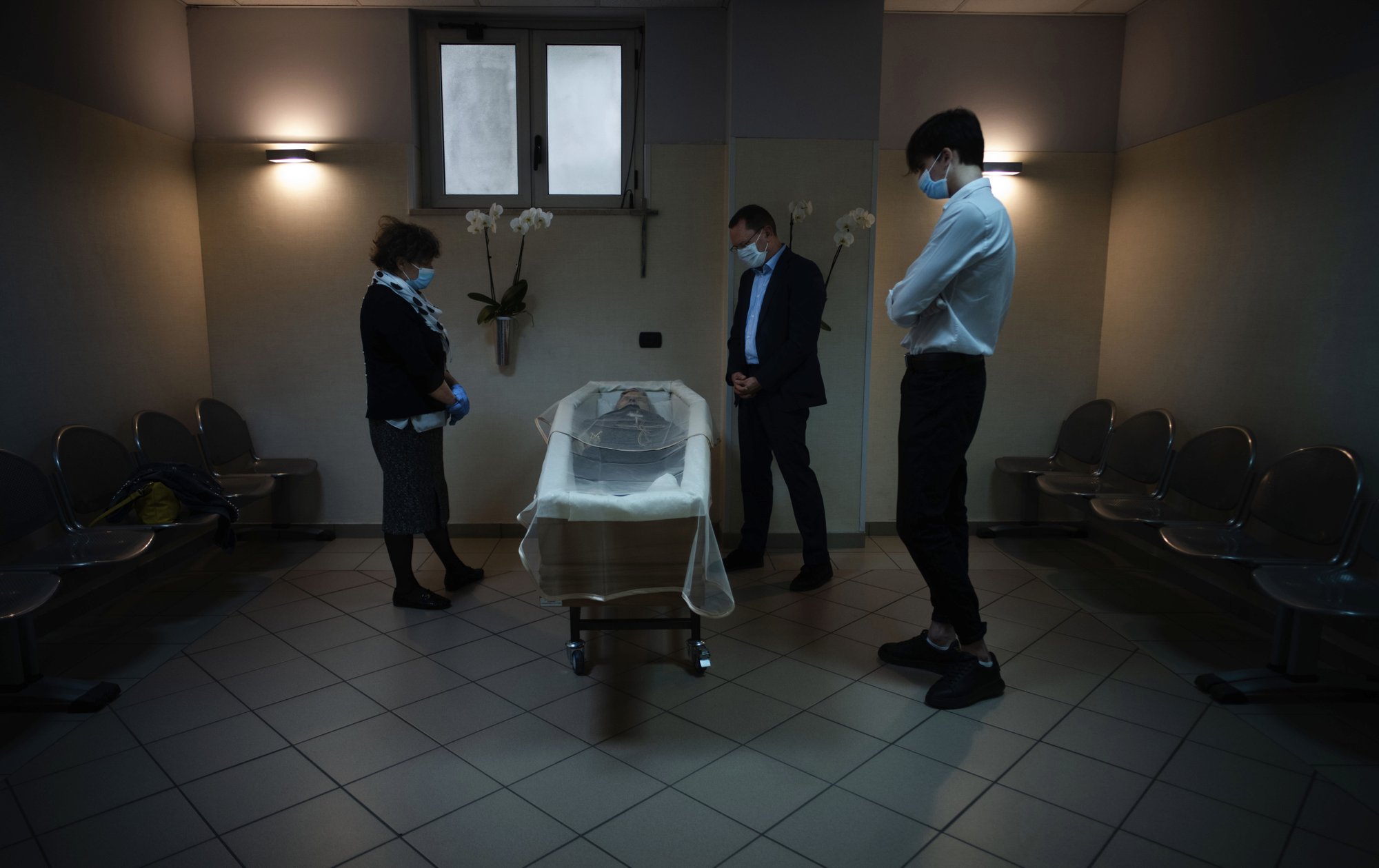 In late February, ITALY became the epicenter of COVID-19 in Europe and a cautionary tale of what happens when a health care system in even one of the wealthiest parts of the world collapses under the weight of pandemic sick and dead. When the second wave hit in September, even the lessons learned from the first weren’t enough to spare Italy’s disproportionately old population from devastation. Despite plans and protocols, monitoring systems and machinery that were put in place to hedge against the expected autumn onslaught, thousands more died and hospitals once again were brought to the breaking point.

The COVID-19 pandemic in JAPAN had a turbulent start in February when a luxury cruise ship returned to its near-Tokyo home port carrying passengers and crewmembers; their infections exploded during quarantine. The handling of the Diamond Princess triggered criticism that Japanese health officials botched the quarantine, turning the vessel into a virus incubator. Despite concerns whether the country could survive future waves of infections, Japan has been spared the dangerous surges seen in the U.S. and Europe, and hopes to host the Olympics next summer. Experts say the use of masks and border control have been key to keeping the Japanese caseload low. 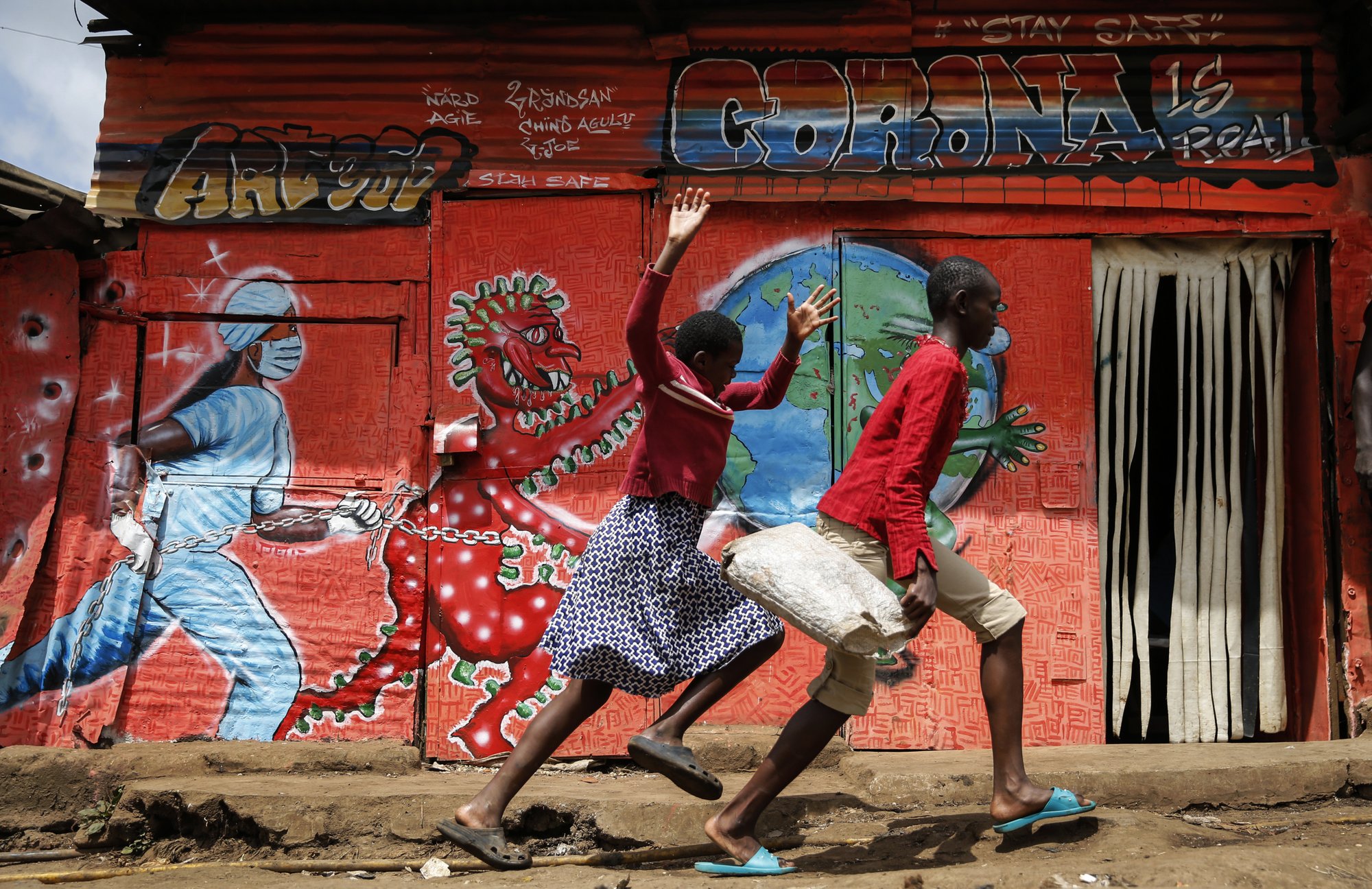 They say youth is a protective factor against COVID-19. In KENYA, youth have suffered anyway. From children forced into hard labor and prostitution, to schools closed until 2021, from a child shot dead by police enforcing curfew, to babies born in desperate conditions, the effects of the pandemic in Kenya have fallen hard on the young. Growing economic pressures, and Kenya’s intention to close schools for almost everyone until 2021, has put enormous pressure on children, who were suddenly left to drift by the millions. Some now split rocks in quarries, or have turned to prostitution or theft. 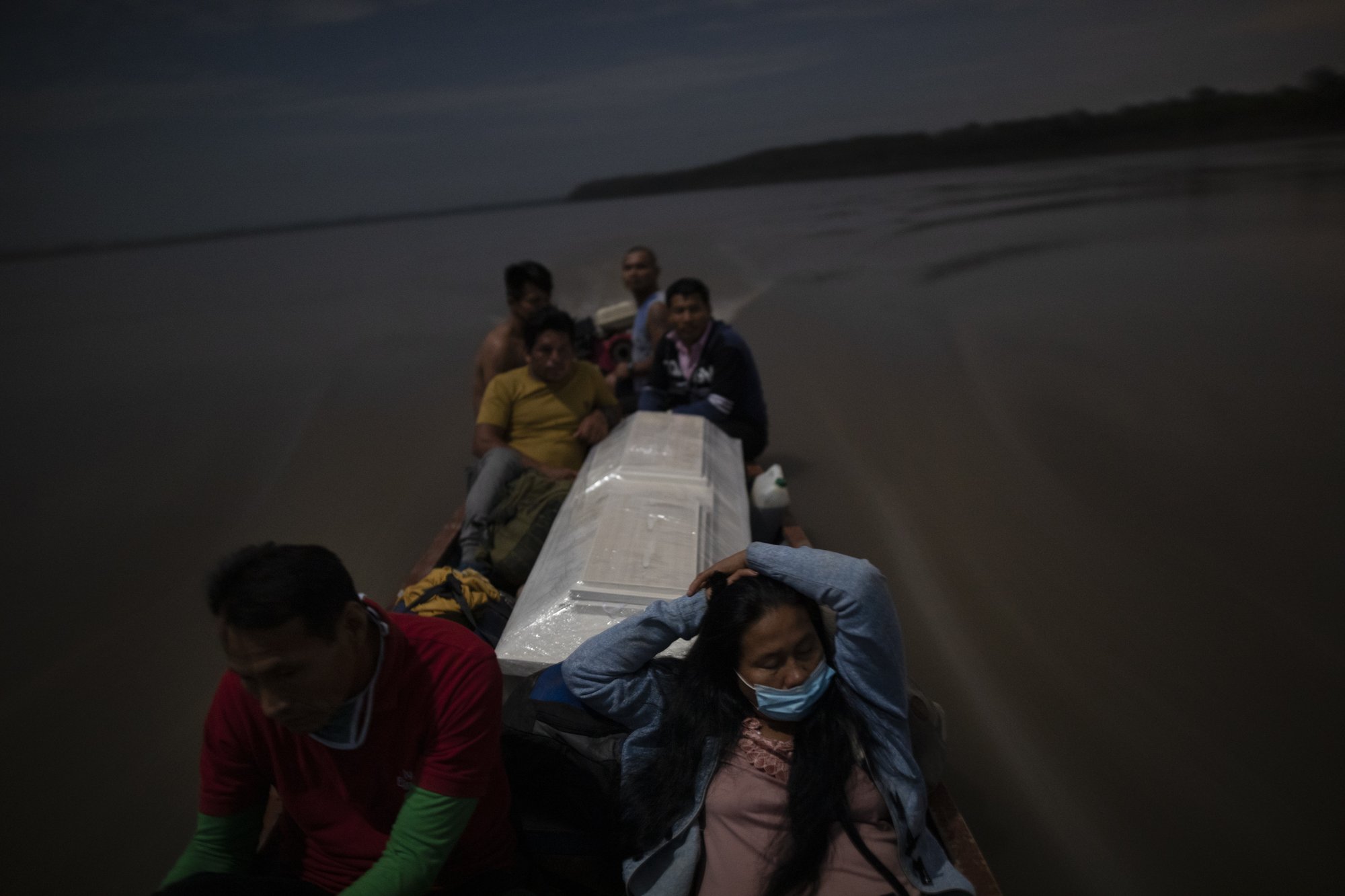 For months PERU held the grim title of first worldwide in per capita COVID-19 deaths. It didn’t have to be that way. Decades of under investment in public health, poor decisions at the onset of the pandemic, coupled with severe inequality and shortages of life-saving goods like medicinal oxygen combined to create one of the world’s deadliest outbreaks. Now the nation is coping with crippling, mass grief. A recent poll found that 7 in 10 Peruvians know someone who has died from the virus. 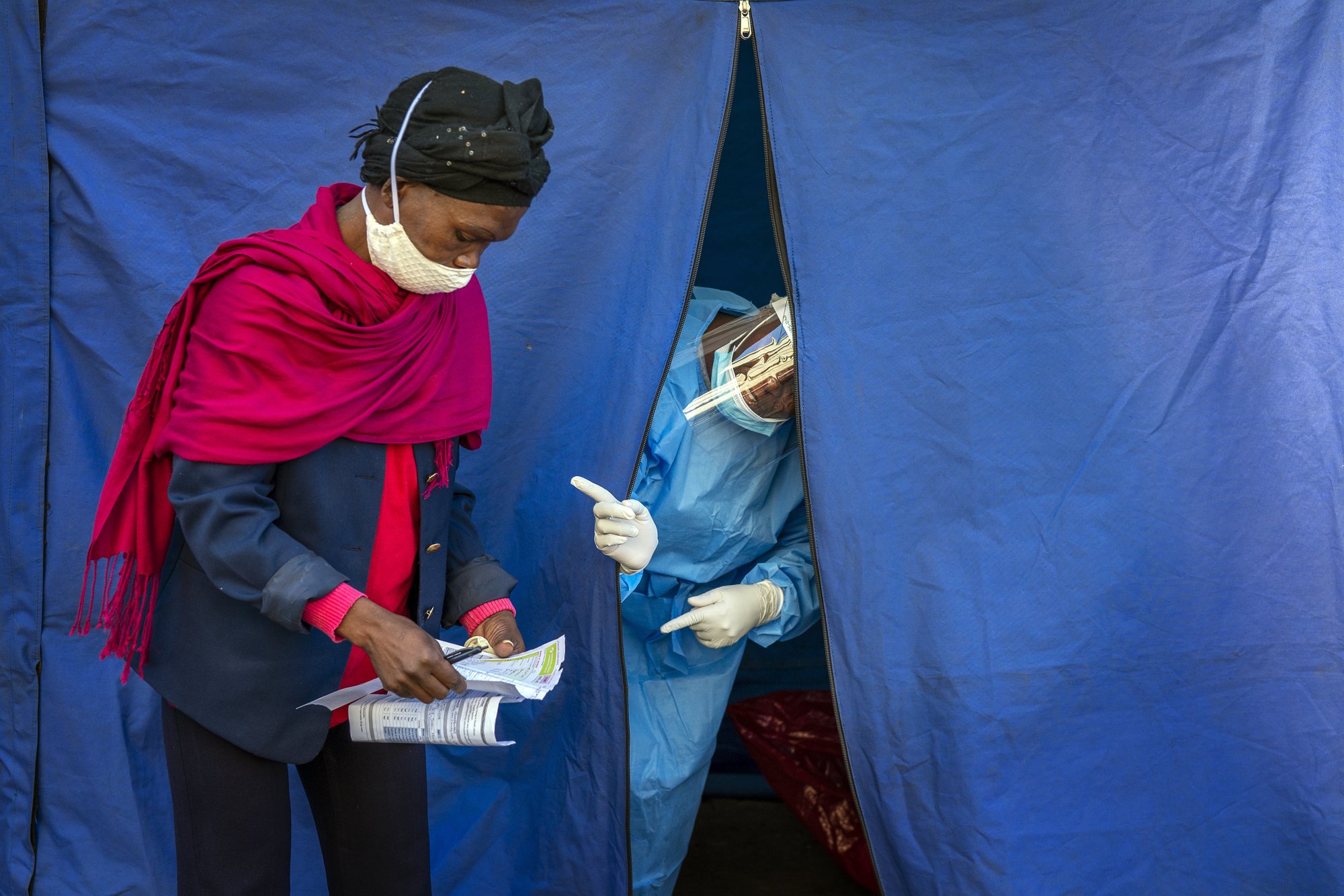 In the world’s most unequal country, the disease hit the poor the hardest and the economic downturn sent unemployment to 42%. But SOUTH AFRICA had a secret weapon: Health professionals who are veterans of the country’s longstanding battles against HIV/AIDS and drug-resistant TB. The country’s leaders heeded their advice on how to deal with the coronavirus, and though there have been ups and downs, the worst-case scenarios have not yet come to pass. 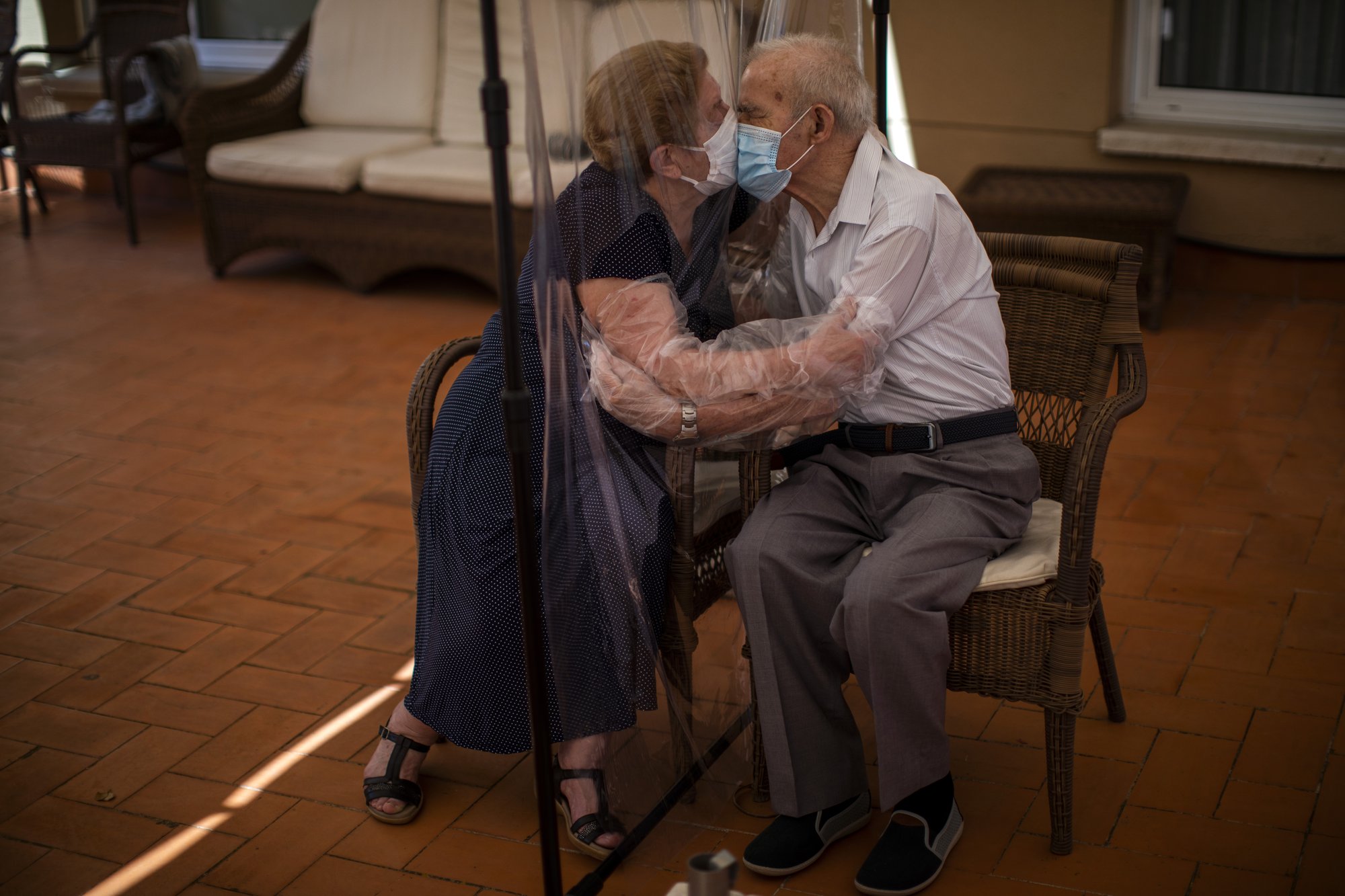 In 2020, SPANIARDS have normalized things unimaginable only 12 months before. But 2020 will also go down as the year in which an unknown virus shook the foundations of the social contract and threw into question a system that failed to prevent so many deaths. Politicians boast that the system didn’t collapse during that first wave, when the country recorded 929 deaths in a single day. But health professionals will tell you that the actual cost was overworked staff who fell sick more than anywhere else in the world and suffered a huge emotional toll. 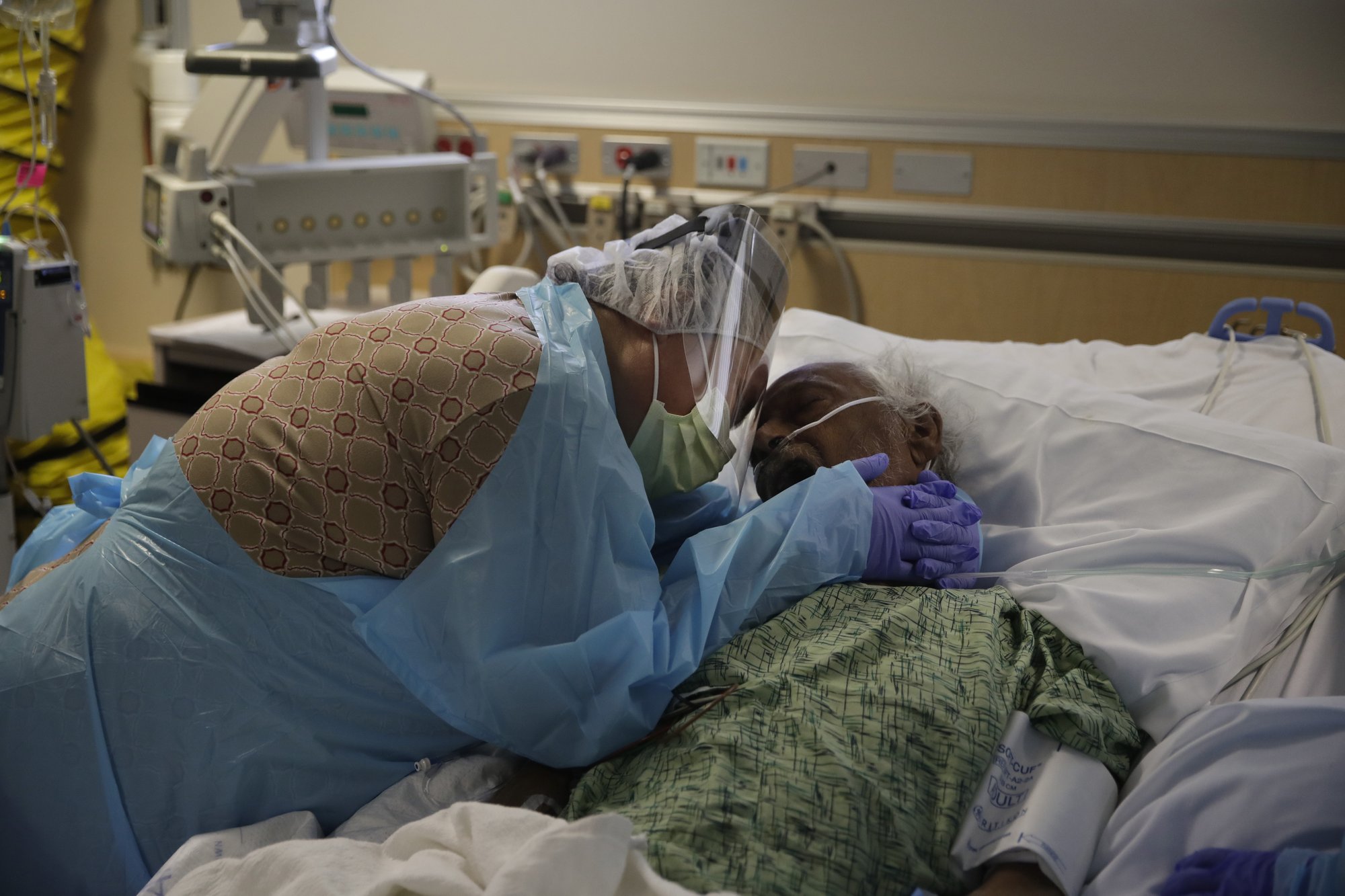 AMERICANS have been inundated by wave after wave of grim numbers — COVID-19 deaths in the hundred thousands, infections in the millions. While those figures testify to a tragedy of historic proportions, they don’t fully capture the multitude of ways, large and small, that the virus has upended and rejiggered everyday life. For that, though, there are a host of other numbers, some more familiar than others, but all just as telling in tracking the pandemic’s sweeping impact.

Go deeper: USA by the numbers, telling and horrifying 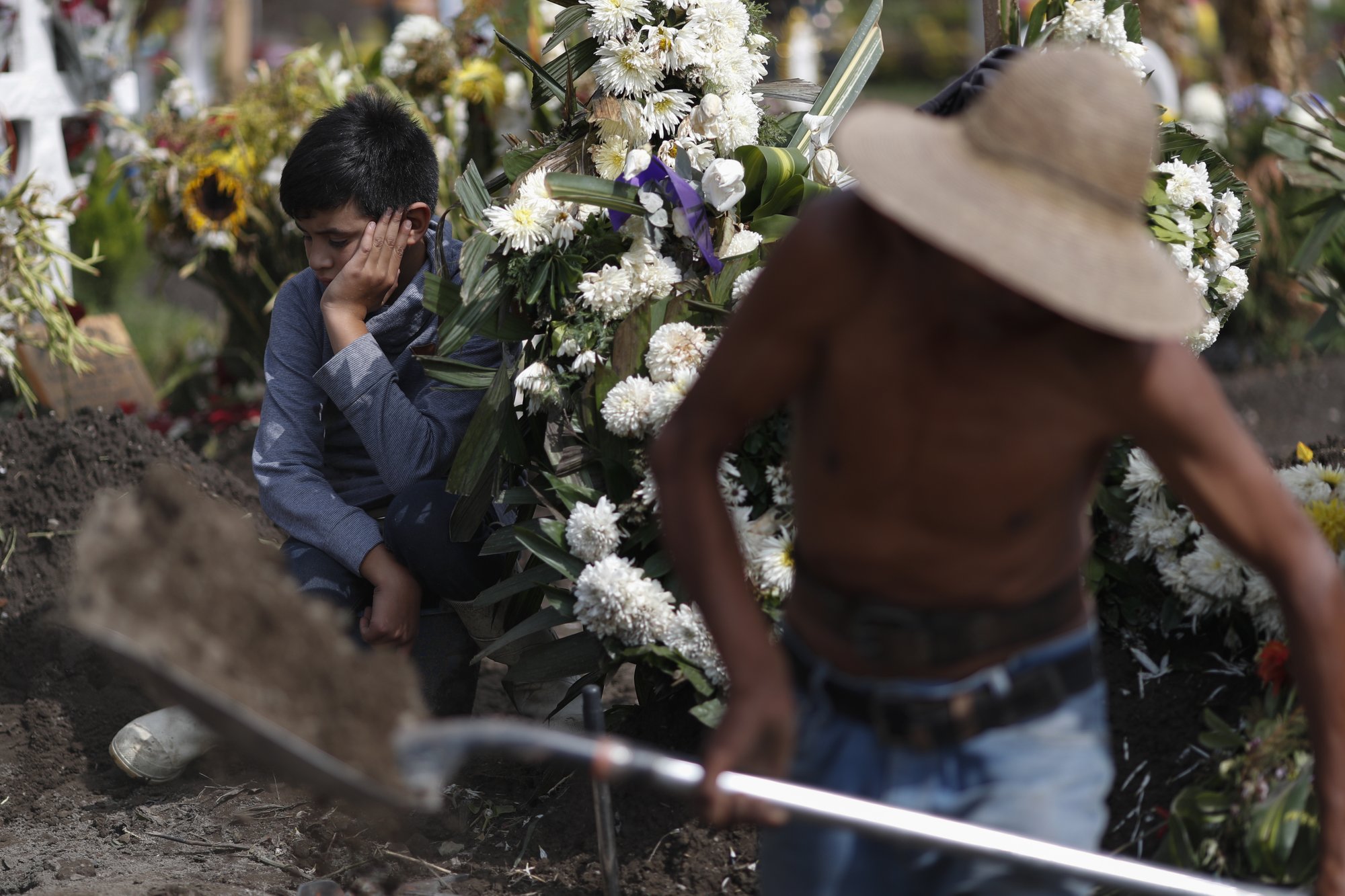 In MEXICO, the government did little, aside from asking its people to act responsibly. The result: more than 100,000 deaths, a number that is presumed to be an understatement. In NEW ZEALAND, the government closed its borders and shut down nearly everything, preventing all but a couple dozen deaths. The nations of the world ran the gamut in their responses to the COVID-19 pandemic — sometimes veering from strict to lax measures in the course of just a few months, or vice versa. A look at the state of the pandemic around the globe.