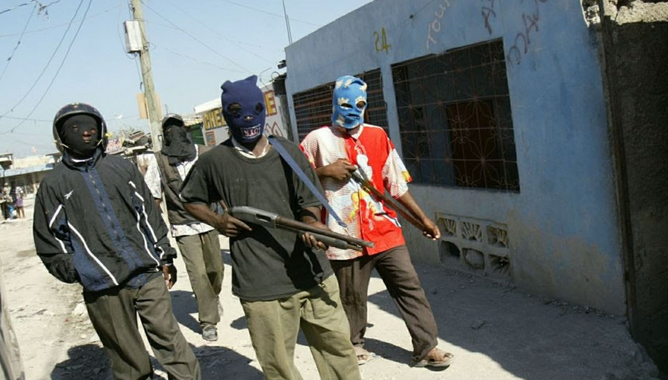 A mission trip to Haiti ended abruptly for St. Francis High School students after a group of chaperones was robbed at gunpoint.

“The adults’ valuables and travel documents were taken before they were let go,” said Cathy Nelson, director of marketing and communications. “The students were thankfully in another vehicle and they were able to drive away. They proceeded to a police station where they were safe.”

Erick Chittle, St. Francis High School principal, sent an email to parents Sunday confirming that everyone involved in the incident was OK and were safe together in a secure compound. Chittle also confirmed that the mission trip was ended early and the group is en route home.

“Because of the serious nature of this incident, everyone will be returning home as soon as possible,” he said in the email. “We will keep the families involved apprised of these plans as details become available.”

The group of nine students and five adult chaperones were back in the United States as of Monday.

Nelson declined to comment on specifics but said “There are a few stragglers that had to go through some hurdles to get their travel documents back to return home but everyone will be back shortly.”

Before every mission trip GTACS planners monitor travel advisories and talks with its travel partners to try and anticipate possible risks and dangerous situations. Nelson said discussions about future mission trips have yet to happen but the safety of students is of utmost importance to the school.

“We are sorry that one of the possible risks became a reality but we are very thankful no one was harmed or injured,” she said. “Our focus now is to ensure we just get everyone home and that they get the support they need after this trying situation. We will certainly look at our program going forward and do what we think is best to ensure safety.”

School officials declined to disclose details about what students and parents attended the trip. They did ask for “prayers of thanksgiving for everyone’s safety.”

Earlier this month the U.S. Department of State issued a Haiti traveling warning and said, “kidnapping remains a threat, and armed robberies and violent assaults reported by U.S. citizens have risen in recent years.”

The warning also asked citizens to carefully consider the risks of traveling to Haiti because of the current security environment and lack of medical facilities.

1 thought on “MUST CURE THIS PROBLEM BEFORE WASTING MONEY ON TOURISM PROJECTS!! – “GTACS CHAPERONES ROBBED AT GUNPOINT DURING MISSION TRIP TO HAITI””