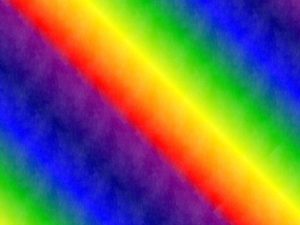 By Julie Turkewitz   “The Body”

Lesbian, gay, bisexual and transgender individuals have been largely invisible to aid organizations and the government in post-quake Haiti.

As a result, violence against LGBT people has increased, and access to food, housing, health care and work has deteriorated.

This is the message of a report released this week by the International Gay and Lesbian Human Rights Commission and SEROvie, a Haitian community organization that helps LGBT individuals.

“In the days and weeks after the earthquake, we were shouted at in the streets … you gay people, take your sin and go, you are responsible for this tragedy,” said Reginald DuPont, program manager at SEROvie. “Many masisi [homosexuals] were attacked, verbally and physically.”

While the disaster inflicted suffering on all sectors of Haitian society, it had a particularly harmful effect on people already living on the fringes. But few aid organizations have taken the specific vulnerabilities of LGBT people into account.

Before the quake, the lives of many LGBT people were characterized by secrecy, isolation, discrimination, violence and denial of access to health care, work, food and housing. Most relied on a carefully crafted web of trusted friends and family for essential security. The quake not only disrupted those networks, but also razed many of the already limited physical spaces in which LGBT could exist comfortably (much of the SEROvie office was destroyed).

The report documents violence against LGBT people in and around encampments, says that access to HIV/AIDS-related services were devastated after the quake, and demonstrates how well-intentioned but misguided policies led to the suffering of LGBT people.

The practice of distributing emergency food to female heads of household, for example, excluded many gay men and transgender people living without families. One man reported dressing as a woman to receive food. He was later beaten by people standing nearby.

The report urges aid organizations and the Haitian government to take into account the specific vulnerabilities of LGBT people when crafting recovery policy. They “must be deliberately and unabashedly inclusive of LGBT people in planning and implementing disaster response,” says the report.

“I would urge U.S. activists and partners of the international community to support the plea of local and grassroots organizations to bridge this gap and help provide more services to the LGBT community,” said Edner Boucicaut, Housing Works’ Haiti country director.

What do you mean, anti-gay violence?? Why think that violence is always focused on Gay people!!!

Haiti isn’t the place to play that game!

It might work in the States,. But not here!!

Prime Minister Bellerive is a homosexual and keeps a covy of young guys around him.

He replaced Prime Minister Michele Pierre-Louis, and she is a lesbian. She heads an international group, funded by George Soros, and if you want to work for FOCAL you must be a lesbian.

Brian Dean Curran, one of the last American ambassadors was openly gay and this fact was recognized with graffiti on walls.

The Minister of Sports is gay.

President Preval is a little of both.

And the list goes on, and on…Haiti is very tolerant.

It is  the foreign gay people who aren’t.