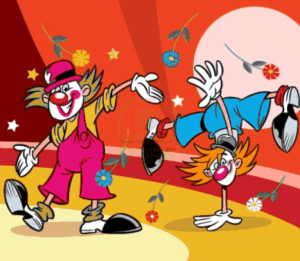 These guys are about to waste more valuable executive time in another pointless, rude, uncoordinated show of ignorant stupidity, perhaps punctuated with another riot in which legs will be broken, noses bloodied and reputations left in tatters.

Prime Minister Laurent Lamothe should prepare himself for this now – stupid – confrontation, by investigating the past  character flaws, of the Deputies – shielded by Parliamentary Immunity – and start he meeting with a simple listing of the facts.

As someone once said : “Let he who hath no sin, caste the first stone.”

The Chamber of Deputies, and Senate have so many buried, and unburied skeletons that we are always astonished at the fact they have the audacity to challenge Laurent Lamothe for his major flaw – trying to reduce corruption, run an efficient government, and build a better Haiti.

Let us get on with solving the Nation’s pressing problems.

This should be possible without paying our Senators and Deputies massive bribes to vote “yes” for initiatives that will benefit Haiti’s 9,000,000 citizens.

Give the Martelly/Lamothe team a chance to create a better Haiti.