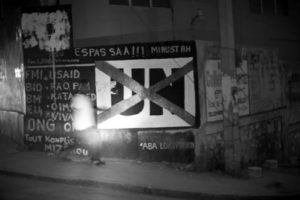 The United Nations Stabilization Mission in Haiti (MINUSTAH) was established on June 1, 2004 by Security Council Resolution 1542. The U.N. mission succeeded a Multinational Interim Force ( MIF) authorized by the Security Council in February 2004 after President Jean-Bertrand Aristide departed the island for exile.

1- The U.N. Violates Its Own Charter : There Was no Armed Conflict in Haiti.

The whole U.N. military intervention in Haiti was built upon a true lie . Contrary to its official claims, there was no war situation spreading to several cities across the country; but there were armed gangs with a political agenda,human rights violations, and trained-military groups that were self-mandated by patriotism to restore law and order across the country.

An armed conflict is what’s happening now before everyone’s eyes in Syria where more than 70,000 people have died and hundreds of thousands have fled the country as the Assad Regime has battled rebels. It takes a lot of cynicism, on the part of the U.N., to call “armed conflict ” in Haiti where there has never been in any form,shape or stretch of imagination a single firefight on record between armed gangs and military groups during that time period.

By its military action, the U.N. violated the law of the land which upholds the principles of sovereignty and Independence embodied by the Constitution of March 1987.In other words, there are no legal grounds for the U.N. military intervention in Haiti.

No one is above the law.Therefore,no Haitian party has neither power nor authority to request, invite or impose a foreign military intervention upon the nation.

After eight (8) years of foreign occupation, with great blows of millions and billions of dollars, the institutionalization process remains a serious challenge. The inability of those “democracy builders” to respect, to enforce voting and elections is self-evident . Arbitrary and illegal eviction of elected mayors from their offices has been taking place across the country. The totalitarian move didn’t stop there ;but it turned to scandals when those vacant offices have been quickly fulfilled by President Martelly’s inner-circle of friends. Unfortunately, the U.N. spoke no evil, saw no evil,heard no evil despite of its self-mandate for democracy and institutionalization on the island. In fact, the powerful ones are embedded with the U.N Mission which provided full comfort for their misdeeds.

Presidential,congressional, mayoral and other races have gone from bad to worse over the years since the U.N. military intervention in 2004. What happened in November 28, 2010 was chaotic, and left many questions unanswered about the role of the U.N. force in Haiti.

When it comes to police and security, results are alarming.This month, the National Episcopal Commission “Justice and Peace” reports 230 shooting deaths in the metropolitan area of â€‹â€‹Port-au-Prince for the period January-March 2013, an average of 76 a month or 2.5 per day.

The crushing defeat of the U.N troops in Haiti is a scandal of its own in that sense for nearly 9 years now, MINUSTAH has never been exposed to any hostile fire.In spite of countless incidents of pedophilia, homicide and brutality against the population, no troops have been a shooting target at any given time. So, what keeps the U.N. from accomplishing successfully its self-mandate in Haiti ?

In a recent article published by ” The Palm Beach Post “, Stacey Singer shows how genetics tie Haiti’s cholera strain to U.N. peacekeepers.More importantly, she exposed new evidence that the strain of cholera raging through Haiti is an especially toxic one that was delivered by United Nations peacekeepers from Nepal, sent to respond to Haiti’s devastating earthquake in 2010.

But The U.N. strongly denied any financial responsibility for the cholera outbreak that has already claimed 8.055 deaths across the country. Citing a 1946 document ” The Convention on Privileges and Immunities ” the U.N. attitude in New York headquarters and in Port-au-Prince is : no way! But the local population felt quite differently about what they rather considered as a licence to kill with impunity. Here are the facts as presented by the journalist Stacie Singer :

“Cholera is an intestinal infection caused by the bacterium Vibrio cholerae. It can cause such severe and sudden diarrhea that the rapid loss of body fluids causes dehydration, shock and death. Haiti had been free of it for a century before the 2010 outbreak. It’s frequently spread by contaminated water. Since October 2010, according to the Haitian government, 8,055 people have died of cholera; 614 of them were small children, under 5. More than 653,000 people have been sickened, widely believed to be an under count.

The strain of cholera circulating in Haiti is different from that in most of the globe, according to research by Scientists at Northwestern University, writing in the open-access journal mBio, published by the American Society for Microbiology.

It produces large amounts of Cholera toxin, similar to historically devastating strains that ravaged the globe 200 years ago, while not producing the toxin MARTX seen in most other cholera strains, the scientists found. A strain circulating in Nepal has the same trait.

The response from the United Nations to this new evidence? Silence.

Last December, the UN put out this fact sheet:

“Strengthening Haitian capacity to respond to cholera remains the central objective behind all UN efforts. Overall, the UN system in Haiti has spent an estimated USD 118 million to respond to the epidemic since its outbreak…..”

But international commitments to spend more to secure sanitation, clean water and basic health services in Haiti have not been fully funded, the UN said:

“…As of 04 December, the Appeal has only been funded at 40 per cent or about US$61 million, making it one of the most under-funded CAPs worldwide.”

More troubling: The epidemic appears to be rising again, with the return of spring rains. The Haitian news site HaitiLibre published this on April 12 from the Health Centre Evangelical of the Mission for Christ in Petit-Goâve:

“… In two days, more than 20 cholera patients have been transported, in particularly difficult conditions to the Health Center of the Mission.”

“Patients are transported in the arms of men to Allegue, the course lasts 4 hours, feces dumped on the road by infected persons pose a risk of propagation of the cholera epidemic in the rural areas. Every day new cases are recorded,” informed Pastor Mainviel Levy, Head of the Mission.”

There are a few non-governmental organizations attempting to help. One of them is Partners In Health, which maintains a cholera clinic in Mirebalais, in central Haiti.”

The U.N. military intervention in Haiti has been greater a scandal in that sense it brought 2 or 3 times more deaths and victims than the previous situation upon which the whole operation has been built. In other words, the remedy has been much worse than the disease it intends to fight.

By its military action in Haiti,, the U.N. violated its own charter and the law of the land for a self-mandate that turned out to be a huge cholera outbreak campaign.