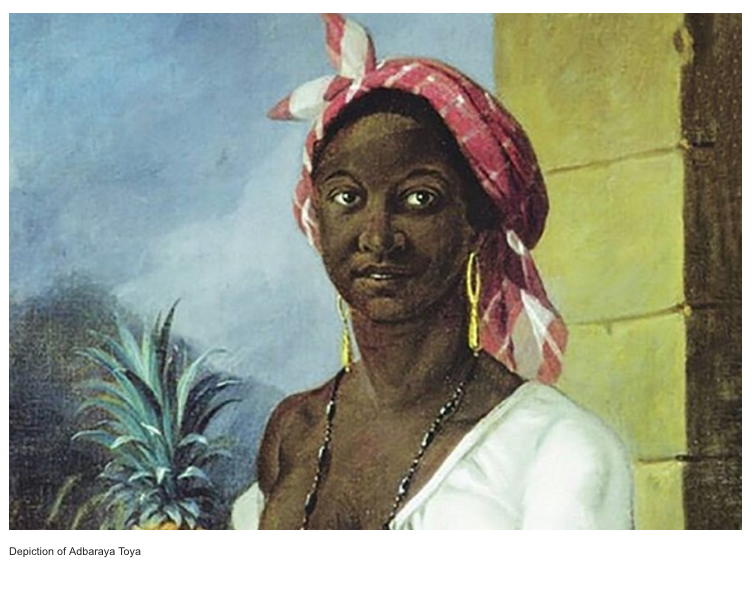 Adbaraya Toya is celebrated as one of the bravest women in Haitian history for her great influence on the many that fought in the Haitian Revolution. Popularly known as Victoria Montou in Haiti, a name she is believed to have been given after arriving in Haiti from Africa to work as a slave like the many other Africans who were forced out of their lands into the new world.

Adbaraya Toya was abducted from the Dahomey Empire which is now modern Benin. Several sourcesindicate that before her abduction, Adbaraya was a soldier and member of the council of women in the Kingdom. She was also a healer. 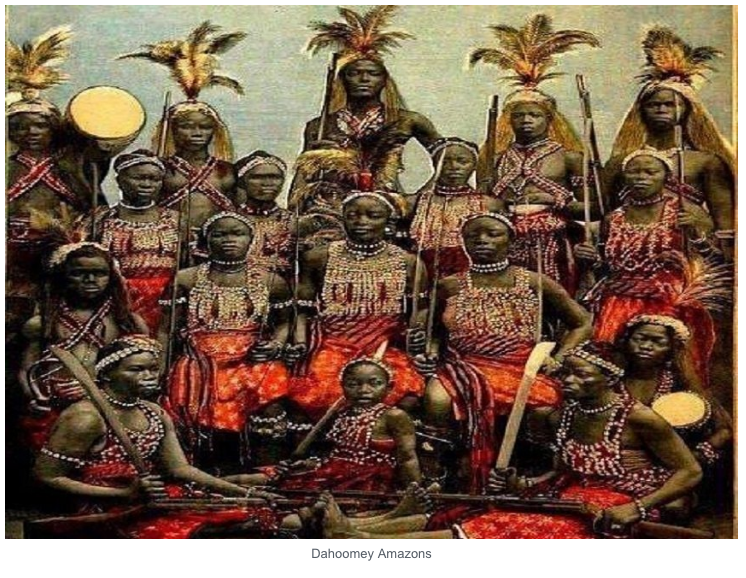 Her high position in the Dahomey Kingdom as a member of the women’s council and soldier suggests that Adbaraya Toya was a member of the warrior group Dahomey Amazonswhich fought to protect the Dahomey kingdom. The Dahomey warriors were traditionally called the N’Nonmiton, which means “our mothers” in Fon, the language of the Fon people of Dahomey, now in present-day Benin. Some European historians and observers called them the Dahomey Amazons as they reminded them of the mystical and powerful all-women’s army called Amazons in Greek mythology.

Aside fighting in wars, the Dahomey warriors also protected the King and his royal court while serving as healers and “mothers” to all.

It is possible that Adbaraya was abducted during a battle or raid and sold into slavery in Haiti where she was given the name Victoria, a name which means to conquer, giving more evidence to her Dahomey Amazon roots.

Adbaraya Toya worked on the Cormier Sugar Plantation and became very close friends with Marie Elisabeth who was the mother of Jean Jacques Dessalines and entrusted her son into Adbaraya’s care before she died. Jean Jacques referred to Adbaraya as aunty which would make many believe that he was really related to her. However, while Adbaraya comes from present-day Benin, Jean Jacques traces his roots to Guinea.

Adbaraya taught Jean Jacques how to fight as a soldier. She taught him skills such as hand-to-hand combat and how to throw a knife as well as physical manoeuvres to defend himself in battle. Adbaraya also spent her free time healing wounded workers on the plantation and offering food to the sick. Her training helped Jean Jacques rise among the enslaved on the plantation and eventually made him join the 1791 slave rebellion.

After gaining her freedom through the rebellion, Adbaraya set up an indigenous army to support the revolution. Despite being very old at the time of the Haiti Revolution which was being led by Jean Jacques, Adbaraya trained and led her troop to fight and was made the leader of the military by Jean Jacques Dessalines.

In her last battle, it is said that she fought off three soldiers and was severely wounded. Adbaraya lived long enough to witness Jean Jacques proclaim Haiti’s independence and lived in Jean Jacques Dessalines’ house where she was taken care of until she passed away in 1805.

After her death, a state funeral was held in her honour and she was celebrated as the mother of Haiti’s independence.