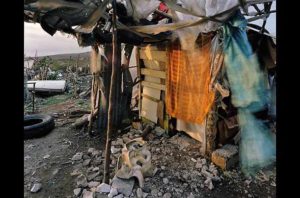 Foreign donors welcomed Haitian President Michel Martelly’s commitment to the country’s reconstruction panel, but are frustrated by the lack of a government.

Haitian President Michel Martelly is calling on the panel charged with Haiti’s post-quake recovery and reconstruction to give priority to relocating hundreds of thousands of people still living in makeshift tents 18 months after the massive disaster.

Martelly made the plea Friday as part of a series of concrete actions he would like for the Interim Haiti Recovery Commission to take in coming months as it approves hundreds of millions of dollars in donor projects.

“All the efforts and available resources will be needed for this purpose,’’ said Martelly, who is seeking a year’s extension of the panel’s mandate with Haitian lawmakers.

Friday marked the first time that Martelly publicly voiced support for the commission, a positive step, said representatives of the international community who met in Port-au-Prince to discuss the $3.2 billion in projects that have already been approved by the commission, and address criticism over the slow pace of reconstruction.

“My administration intends to continue this successful collaboration, focusing on clear priorities, accelerating the pace of project implementation and increasing, dramatically the amount of available resources, especially disbursements, to better meet the legitimate expectations of the Haitian people,’’ Martelly said.

Martelly also used the occasion to address recent controversies over the forced evictions of tent city residents, saying that “my government is against forced evictions.’’

Friday’s meeting took place against the backdrop of Haitian and foreign frustration as the president and parliament remain in an ongoing political gridlock over his choice for prime minister.

Several sources have told The Miami Herald that his second pick, Bernard Gousse, is expected to soon withdraw his nomination. .

Gousse, a respected lawyer, is a former minister of justice and public security. Soon after Martelly tapped Gousse, a coalition of 16 lawmakers rallied to reject him citing his controversial tenure during the interim government between 2004 and 2006.

Gousse did not respond to requests for comment from The Miami Herald. Thierry Mayard-Paul, chief of cabinet for Martelly whose name has also been circulated as a possible third choice, told The Herald, “We have no comment on that stuff’’ before abruptly hanging up.

Top foreign diplomats used their visit to Haiti this week to meet privately with both the president and leaders of parliament, urging both sides to work together to form a government and break the stalemate.

As Martelly was outlining his vision in Port-au-Prince, hundreds of miles away in Miami, several Haitian mayors also discussed Haiti’s ongoing challenges at a two-day conference.