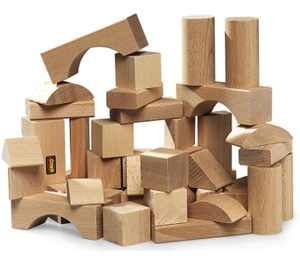 Hillary Clinton welcomed Martelly as president as he visited Washington on Wednesday. With unnerving foresight, Alex Dupuy, a professor of sociology at Wesleyan University, summed up Clinton and Martelly’s Wednesday meeting nearly a year ago when he said, “The dual strategy of urban sweatshops and laissez-faire agriculture, which subordinated Haiti in the 1980s, is now it’s reconstruction plan.”(AFP) Receiving the former carnival singer-turned-president-elect ‘Sweet Mickey’ – who seized 67 percent of the vote at an election that drew a record-low turnout of less than 25 percent of the electorate – at the U.S. State Department early Wednesday afternoon, Clinton reaffirmed the solid bilateral relationship between the two countries.

While spotlighting the 750,000 internally displaced persons, rubble-strewn cities, broken institutional infrastructure and the approaching hurricane season as some of the most pressing problems confronting the embryonic new regime, Clinton expressed great confidence in the Martelly’s ability to rebuild his country.

Despite months of outrage from scores of human rights, research and advocacy organizations in and around Haiti regarding the legitimacy, mandate and professionalism of Haiti’s Provisional Electoral Council (CEP) – which arbitrarily banned the hugely popular Fanmi Lavalas (FL) party from contesting, causing tens of thousands of urban working class Haitians to boycott the polls – Clinton happily accepted the results and, alluding to Martelly’s election slogan ‘Tet Kale’, assured him that the U.S. was behind him “all the way”.

Roger Annis, a journalist with the grassroots weekly Haiti Liberte, wrote this week that Martelly’s 6 million dollar campaign cost was largely financed by what the president-elect refers to as his “friends in the U.S.”, marking today’s commitment by the two heads of state to preserve their relationship as the logical next-step in the U.S.’s age-old practice of profiting immensely from “aid and development assistance” to the poorest country in the Western Hemisphere.

In her seminal work ‘The Shock Doctrine’, journalist Naomi Klein writes, “I call these orchestrated raids on the public sphere in the wake of catastrophic events, combined with the treatment of disasters as exciting market opportunities, ‘disaster capitalism’,” a summation that perfectly encapsulates the current wave of development, led by the U.S., under way in Haiti.

Addressing a panel on post-election Haiti at the United States Institute for Peace (USIP) yesterday, Francois Pierre-Louis, associate professor of political science at the City University of New York (CUNY), lamented the bleak prospects that Martelly’s election offers to the Haitian people, and posed questions that, in these early days, remain largely speculative.

“Five years ago I sat in this very room and expressed a wish that the next time Haiti was on the news it would be for the right reasons,” Pierre-Louis said. “That dream has not come true – Sweet Micky is vastly unprepared and inexperienced, he did not run under an established party and thus is yet to present a realistic programme for dealing with reconstruction and unemployment, and much of his team represents some of the most notorious anti-democratic forces in the country,” he added.

Ambassador Albert Ramdin, assistant secretary-general of the Organisation of American States (OAS), outlined at the panel a point-programme for Haiti’s reconstruction, including fostering an environment of political unity, developing Haiti’s agricultural sector and “building strong institutions” – a favourite catch phrase of the international community with regards to the country still fighting off the chains of colonial debt.

Ramdin’s optimism that the post-election climate might generate a hopeful march forward is not shared by the bulk of analysts, historians and observers.

“I think the ambassador forgets what country he is dealing with here – you can’t just hand a laundry list to Martelly and expect the work to be done,” Pierre-Louis said.

“Haiti hasn’t invested in the agricultural sector since the 1990s and continuing the old trade policies will likely create a food crisis very shortly – if the promised agricultural reforms are not met, there’ll be demonstrations and protests and Martelly’s mandate will shift from developing the country to keeping people in check,” he added.

Indeed, if the track record of international aid assistance to Haiti post-quake is any yardstick of what is to come, the numbers paint a rather grim picture.

Following the one-year anniversary of the quake, Alex Dupuy, a professor of sociology at Wesleyan University, wrote that the estimated cost of the damage, amounting to nearly 14 billion dollars in February this year, was generating a tidy sum for U.S. companies.

He added, “although these foreign contractors employ Haitians, mostly on a cash-for-work basis, the bulk of the money and profits are reinvested in the United States.”

Nora Rasman, interim director of Latin America and Caribbean Policy for the TransAfrica Forum, who worked on the ground in Haiti prior to the second round of elections, told IPS, “USAID has made very clear to us that they don’t have the capacity on the ground to carry out everything they had promised in terms of reconstruction.”

“Thus most of the money allocated to Haiti goes back NGOs in the U.S. that do have the resources required to implement programs locally – so it is no surprise that USAID funding ends up funneling straight back into U.S. back accounts,” she added.

The meeting between Clinton and Martelly not only acknowledged this pattern of exploitation, but also promised to cement and embolden it throughout the new president’s reign.

Perhaps the most frank admission of what the struggling Haitian people can expect in the coming years was summed up in Clinton’s praise for the joint effort between the U.S. and the Inter-American Development Bank (IADB) to build a new industrial park close to Cap Haiten.

Countless books, papers and articles have documented the extent of the devastation wrought on the Haitian workforce when the economy was forcibly transformed from a largely agricultural, self- sustaining model into an assembly-line export processing zone for the U.S. – a fact that Clinton ignored in her remarks.

Commentators running the gamut of the political spectrum have criticized these policies. In his essay ‘Disaster Capitalism to the Rescue: The International Community and Haiti After the Earthquake, Dupuy wrote, “even at the height of it’s operation in the mid 1980s, the assembly-line industry never employed more than 7 percent of Haitian workers and did not contribute significantly to reducing the underestimated 38 percent unemployment rate of the active urban labor force.”

With unnerving foresight, Dupuy summed up Clinton and Martelly’s Wednesday meeting nearly a year ago when he said, “The dual strategy of urban sweatshops and laissez-faire agriculture, which subordinated Haiti in the 1980s, is now it’s reconstruction plan.”