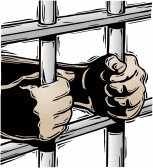 Haiti Libre:
The Constitution makes the members of the Provisional Electoral Council (CEP) liable to only one authority, the High Court of Haiti.
The High Court is not an entity independent onto itself. It is a judiciary body that members of the Senate comprise and form to judge on matters that even the Supreme Court has no jurisdiction – such as in cases involving the CEP.
In a move, made by a majority 12, currently sitting, Senators on Friday, that called for the grounding of all members of the CEP and subsequent inquiries into allegations of fraud, the Senate has effectively formed itself into the High Court as a federal indictment is underway.
The declaration made and signed by the Senators is below.

To the gross manipulation of the expression of popular sovereignty organized by members of the CEP headed by President Gaillot Dorsinvil, Senators of the Republic of Haiti, we strongly condemn the diversion of the will of the people expressed in the March 20 vote.
In the face of these political maneuvers orchestrated by the anti-nationalists from INITE serving their partisan interests, we are committed to defend the general interest of the Nation.
President Préval tries by all means to keep the control of affairs of the State by reintroducing all the members who are opposed to the increase in the minimum wage Act, who voted for the emergency law and the extension of its mandate in the Parliament.
It will thus its balance of elements without any legitimacy otherwise to be docile subordinates and without quality that it will always mobilise for its own purposes and in the service of an oligarchy despising the requirement of social justice.
The systematic rape of the Electoral Act destroyed the fragile democratic process and denies people the right to choose its representatives.
As Senators of the Republic, we got a note of protest Thursday, April 21, and we have learned with appreciation that agencies of human rights which the national and the elected President, Mr. Joseph Michel Martelly also called CEP to respect people’s vote:
1. We welcome these protests and demand that the results of this manipulation are not worn in the official journal. We also support the request of the national that the requirement of the newly elected President of an independent commission of inquiry consisting of Haitians.
2. Officials cannot remain unpunished; Therefore we demand a ban on leaving the national territory for all of the members of the CEP, as well as for its Director General, until the light is made.
3. We are asking the population to understand the magnitude and the issue of this betrayal by a President at the end of term surrounded by his clique. The requirement of change and social justice requires vigilance before these anti-democratic manoeuvres and demand respect for the will expressed in the vote on March 20, 2011.
4. We ask population to keep the mobilization for the respect of his vote, and we assure him of our commitment to accompany him to the crucial problems of the country.
Signed in Port-au-Prince on April 22, 2011:  Senator Maxime Roumer (Grand’Anse) Senator Edmonde Beauzile (Centre) Senator Nenel Cassy (Nippes) Senator Jean Willy Jean Baptiste (Artibonite) Senator Youri Latortue (Artibonite) Senator Andris Riché (Grand’Anse) Senator Jean William Jeanty (Nippes) Senator Steeven Benoit (West) Senator Mélius Hyppolite (Northwest) Senator Anick Francois Joseph (Artibonite) Senator Polycarp Wesner (North) Senator Evallière Beauplan (Northwest)

Constitution of Haiti | Article 97: In addition to the responsibilities incumbent upon it as a branch of the Legislature, the Senate shall have the following powers: 1. To propose to the Executive the list of Supreme Court (Cour de Cassation) justices according to the provisions of the Constitution; 2. Constitute itself as a High Court of Justice; 3. Exercise all other powers assigned to it by this Constitution and by law.  Consitution of Haiti | Article 195: In the event of a serious offense committed in the discharge of their duties, the members of the Permanent Electoral Council are liable for prosecution before the High Court of Justice.