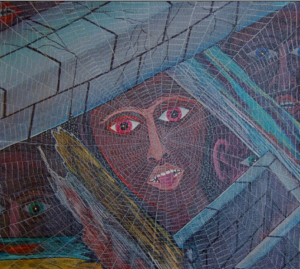 News about the American missionaries being detained in Haiti for attempting to get children out of the country (“Missionaries in Haiti face kidnap charges,” Geopolitics, Friday) is as absurd as it is disturbing.

It is the height of insult for the Haitian government to question the intentions of these missionaries after our government promised $100 million in financial aid to Haiti.

It is also disturbing about the lack of involvement by our government. While President Obama was quick to offer aid to the Haitian people, he did not even send an American representative to be on hand for the preliminary hearing of the missionaries on Feb. 4. Instead of being allowed to leave the country, it appears the missionaries could be detained for as long as three months for the Haitian government to investigate whether crimes were committed.

Is this a joke? These are decent American citizens who left the comfort of their homes to get involved in the lives of children who might have no other hope. Mr. Obama, if there ever existed a modern time for the words “Let my people go!” it is now.

Common sense, justice, or decency has nothing to do with this case.

One must understand that Preval and his puppet Prime Minister Bellerive are anti-American – to the extreme – and will use this case to embarrass the American government. This was discussed in detail at this week’s meeting between Preval, Chavez and other leftist leaders in Central and South America.

Preval/Bellerive are endeavoring to block or slow all air to their nation, in another attempt to embarrass the American government. With the aid blocked the Haitian people will rebel against the government and Preval will claim America is occupying his country and demand that it remove American forces. These will be replaced by troops from Venezuela and other left-leaning nations. These troops will them protect Preval’s presidency and maintain Preval in power beyond his December end of term. This has already been discussed, suggesting a 2 year extension.

There is no grass-roots power amongst the peasant population and any cohesive element that may have existed before the quake, has been shattered.

Preval must move now to retain his dictatorship. (He did not win the 2006. He had 23% of the vote and this was illegally expanded to 51% by the Brazilian and Chilean leaders in MINUSTAH)

The vast majority of Haiti’s unrepresented population must move now to demand the International Community’s support in the removal of Preval – NOW!!

There should be no impunity. Preval should be judged for his actions, including the theft of $198,000,000 from relief funds dedicated to the 2008 Hurricane Disaster.  He has just received $300,000,000 from his South American friends. This will allow him to create chaos, and steal more money.

Now is the time.